This story was in the media in 2011 – a nurse (Rebecca Leighton) supposedly tampering with salines – adding insulin and killing patients.  Of course it was a cover story to try to hide the fact that tests were being carried out to see how many died at what dose etc.  Be careful of saline drips is the message.  All charges against Rebecca Leighton were dropped, and the company supplying the lethal brew got off scot free.  Nothing has changed since.  All medical interventions are potentially lethal and should only be undertaken when there is no other choice.
POST from July 2011 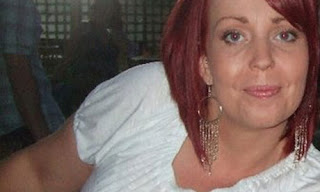 Nurse cleared of all charges. 40 deaths being investigated. Looks like corporate killing.
Presumably saline ampoules have seals.  Were the seals of the 36 contaminated ampoules discovered in the store room tampered with?  Even if they were (as part of an attempt to frame someone – it would be so obvious), it would not be easy to manually contaminate at exactly the same concentration 36 ampoules.  It sounds more like an error made by the suppliers, not by a nurse, whose job is to dispense.
Valerie Rowlinson, who was her nursing mentor during her training, spoke of her shock at Miss Leighton’s alleged involvement in the case. “Becki always wanted to be a nurse, like her mother. She was very dedicated. I always found her extremely committed and diligent.”

Reading the story of the supposed killing nurse in Stockport, Rebecca Leighton, I just wonder how a nurse whose only job is to dispense medicines handed to her by pharmacy is thought likely to have contaminated them.  It seems most unlikely that she did.  Far more likely is that someone working in the company that supplies the drips to the hospital has made an error, or committed a crime.

Maybe (let’s look at all possibilities) there is a small amount of insulin being clandestinely added to saline drips as an experiment  to see how many more people die, and the perpetrator got the doseage wrong, and killed so many the ruse became obvious.

Or less evilly, insulin was added in error to a batch of drips by the manufacturer, and they’ve gone far and wide across many hospitals, and they need to stop a scare from developing.  The numbers made per batch must be in the thousands.

It would not be in the interests of the company or the health service that buys from that company to identify the corporate guilty party, or admit to taking part in any death-inducing schemes, or that a serious error has been committed, and so a defenceless nurse is picked on, and set up as the scapegoat.

Insulin was found in a batch of 36 saline ampoules in a hospital storeroom after a nurse reported a high number of patients on her ward with unexplained low blood sugar levels. The alarm was raised on Tuesday but multiple sclerosis sufferer Ms Arden, from Stockport, died on 7 July. The two male patients died last week.


That sounds more like a contaminated batch coming in from the suppliers to me.  The question in my mind is whether suppliers are deliberately adding insulin, or it was mixed in, in error.   It wouldn’t be easy to manually add insulin in exactly the same concentration to 36 separate saline ampoules in a hospital storeroom, if not impossible.


Presumably saline ampoules have seals and it can be seen if the seals have been broken prior to use.  If the seals were not broken, why the hell is the nurse being accused, other than to protect the suppliers from the scandal?

On Thursday the number of victims at Stepping Hill hospital rose to five after police confirmed that the deaths of two more pensioners were being treated as suspicious. Officers said it was “likely” the death toll would grow.
Miss Leighton, 27, was arrested on Wednesday on suspicion of murder after medical supplies at the hospital in Stockport, Cheshire, were tampered with. Sources confirmed that detectives had established that Miss Leighton had recently been rejected for a new job, thought to have been a promotion within the hospital.
A murder inquiry began last week after the deaths of three patients — Tracey Arden, 44, George Keep, 84 and Arnold Lancaster, 71 — were linked to the alleged contamination of saline solution with insulin.
Detectives said yesterday that the cases of Derek Weaver, 83, who died yesterday, and an 84-year-old woman, who died on July 14, had also been referred to Greater Manchester Police. A man in his forties remained in a serious condition.
Asst Chief Constable Ian Hopkins said: “We are working closely with the coroner and it is likely we will be asked to investigate further deaths. In the main these are likely to be deaths of people who are elderly and/or ill.”

Miss Leighton remained in custody after police were given more time to question her. She was believed to have protested her innocence to detectives.

Valerie Rowlinson, who was her nursing mentor during her training, spoke of her shock at Miss Leighton’s alleged involvement in the case. “Becki always wanted to be a nurse, like her mother. She was very dedicated. I always found her extremely committed and diligent.”

Spuggy could not hurt a fly say her friends Party-loving: Rebecca Leighton’s social life was catalogued on Facebook
Friends and family of Rebecca Leighton turned to the internet to protest her innocence.
After the nurse’s party-loving lifestyle came under scrutiny due to her numerous entries on social networking websites, they launched a campaign of support.
Pleading with her to stay strong, they said they did not believe she could have carried out the murders.
And her fiancé, Tim Papworth used his father’s Facebook profile to thank everyone for their support.
His mother, Heather Papworth, wrote: ‘Innocent, we all believe in you bekki, love you loads. No she hasn’t done it and she will be holding her head high, love you bekki xx’.
Friend Leah Hunt wrote: ‘The most kind hearted person in the world ur fantastic person great friend n brilliant nurse love u loads becki n don’t believe one word of it ur amazin keep ur chin up babe we are all thinking of u honey stay storng ur in my heart and prays. X’
Using her nickname, Spuggy, Sarah Warburton wrote: ‘Can’t stop thinking about what your going through Spuggy! They couldn’t be more wrong’.
And friend Diane Rothwell wrote: ‘Becki, the news is totally insane … You would never hurt a fly and I cannot understand this.’

Charges have been dropped. No less than 40 deaths are being investigated. http://www.telegraph.co.uk/news/uknews/crime/8738848/Stepping-Hill-Rebecca-Leighton-cleared-of-poisonings-as-police-check-on-40-deaths.html

During a bail application last month, it emerged the evidence at that stage against the nurse amounted to her fingerprint being on a saline bag which was damaged by a needle.

Her thumb print was also discovered on the bottom of a bottle of anti-biotic fluid which contained insulin.

A judge at Manchester Crown Court was told, though, that “many people” had access to both the bag and the fluid, and Ms Leighton had reason to touch them in her role as acting sister.

Mr Richmond said the case later began to unravel when the bag in question – used in saline drips for patients – was later ruled not to have been tampered with.

“The police examined the bag properly and concluded it had in fact not been damaged,” he said.

“We then had fingerprints of other individuals on other contaminated items but my client’s fingerprints were not on them.

“The prosecution became untenable then.”

The damaged, tampered saline ampoule was later found neither to have been damaged, nor to have been tampered with. It doesn’t sound too much like a s erious attempt to find a culprit, more a kneejerk way to keep the media quiet and stop a panic. The question now remains, who was responsible for the deaths of forty (or more?) people? Presumably the company selling the saline has to be a prime suspect.

23 Responses to “Nurse Rebecca Leighton Looks Like A Scapegoat”