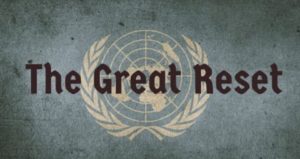 BRICS ie Brazil, Russia, India, China, and South Africa. Apart from having trading ties, they also seem to be spectacularly immune to the Plague, and suffer no population reduction. A post yesterday by Weaver, shows Japan openly telling the population that the jab is magnetic, and a quick check shows that Japan seems to suffer less than us. Other countries too, who are listed as not being badly depopulated according to Deagle  seem to be openly rebelling against the Jab. Britain including Ireland, the USA, and Germany, are the main populations chosen, deliberately, I believe, for population reduction. These three Countries would have, I again believe,  provided the biggest resistance to the implementation of the great reset, and consequently need, culling in order to allow Prince Charles, Schwab, the Rothschilds etc, etc to live the lives that they feel they are entitled to on, what they seem to believe, is their world. After the culling, I fear it might not be over for the ones left either. Would you kill all the folks that did as they were told, and leave the rebels alone? Once the main cull is over, we the population will be far fewer in number, and consequently easier to deal with.