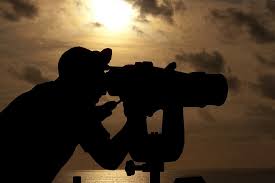 1. At the end of the Vietnam War the peace negotiations were delayed for months because of arguments about the tables to be used for the negotiators. As a result of those unpardonable delays an additional 2,000 people died.

2. A friend tells me that his two teenage daughters insisted that he took them 17 miles to the nearest municipal recycling plant so that they could safely deposit a total of six AA batteries – as according to the instructions they had read. There was, of course, another 17 mile journey to get back home.

3. The UK’s climate minister flew to 30 countries in the last seven months. (He didn’t isolate, of course.) The global warming industry is built on hypocrisy.

4. In the UK the Government’s furloughing scheme (whereby individuals have stayed at home and received most of their usual income from taxpayers) means that millions of people who will shortly find that they are unemployed will never want to work again.

5. The race to give everyone a university degree means that employers find it nigh on impossible to choose between job candidates. Some consultancies use software that assesses potential employees according to their achievements. Smart applicants know this and fill their CVs with Nobel Prizes and Olympic medals – but they do so using a type of text which is invisible to the human eye and visible only to the computer making the decisions.

6. I tried to put money into a mobile telephone the other day. I found that specialist phone shops will no longer do this. Nor will banks. And nor will supermarkets. The traders who sell burner phones and offer to `unlock’ phones are usually also prevented from helping. The days of the unrecorded mobile phone are almost at an end.

7. Governments everywhere (but particularly in the US and the UK) are overstocked with alumni of the world’s most crooked bank: Goldman Sachs.

8. I forecast a few years ago that it would not be long before women’s professional sport ceased to exist. We are getting closer to that day by day. Male to female transsexuals will be allowed to enter professional sport as women and no natural born woman will ever again win any competition.

9. When authority cannot be questioned the result is totalitarianism.

10. When my book `Anyone who tells you vaccines are safe and effective’ was first published in 2011 we sent out over 600 review copies. I don’t think a single review was published. Some newspapers and magazines were so terrified by the book that they actually returned their review copies. Suppressing the truth about vaccination has been going on for a long time.

11. To understand what is happening with the media it is essential to have an understanding of the work of Marshall McLuhan and Vance Packard.

12. Great works in English (such as Canterbury Tales, Beowulf and Sir Garwain and the Green Knight) are now suppressed in teaching establishments.

15. Question marks strengthen a statement as far as readers are concerned. So, `Is Klaus Schwab barking mad?’ is stronger than `Klaus Schwab is barking mad.’

16. Readers regularly complain that some of the 100 individuals I chose for my book `The 100 Greatest Englishmen and Englishwomen’ were politically incorrect. I chose the 100 individuals for the impact they had – not for how nice they were to the neighbours.

17. The UK did quite well at the Tokyo Olympics. But then we should have done. We spent far more than many other competing countries. British taxpayers spent £345 million on Olympic sports folk. And these are people who are supposed to be amateurs! Many athletes and their coaches make a good living out of these ‘shamateur’ sports but there is little or no real effort to use the money to encourage non-professionals to take up sport or to become fitter. And then, if they do what they are paid to do, and win a medal, these professionals often receive a gong from the queen. My problem is that while Britain overspends on Olympic sports we dramatically underspend on health care. Britain has one of the worst health records in the developed world. Patients with cancer have to wait months to be diagnosed and then have to wait months more for treatment. We should spend less on the Olympics and more on people who really need help and support.

Vernon Coleman’s latest book is called `Endgame: The Hidden Agenda 21’. The book explains how we got here, why we got here and where we will end up if the resistance movement doesn’t win the war we are fighting. `Endgame’ is available on Amazon as a paperback and an eBook.