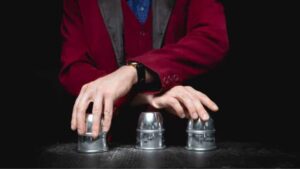 In just 24 hours, the mainstream media complex has been flooded with the headline “Full Approval!” for the Pfizer gene therapy injection. Let the vaccine mandates begin!

Anthony Fauci is thrilled over this news, stating, “you’re gonna see a lot more [vaccine] mandates because there will be institutions and organizations which previously were reluctant to require vaccinations, which will now feel much more empowered to do that.”

But wait. Something is not adding up with this new stampede to get the needle into your arm.

First, the drug giant Pfizer did not directly develop its mRNA shot: it hired a German company in 2018, BioNTech, to do that for them. They subsequently entered into a joint marketing/manufacturing agreement to deliver the resulting product to the world. Thus BioNTech is not a subsidiary of Pfizer. According to their joint 2018 press release, we learn that:

The latter human clinical study is what was delivered to the FDA for evaluation, on behalf of BioNTech, in order to get FDA “approval”. BioNTech named the shot Comirnaty. Pfizer has not conducted its own trial, much less submitted it to the FDA.

Because of the contractual development agreement between the two companies, it is unclear that the BioNTech shot is identical to whatever Pfizer is distributing in America, or anywhere else, for that matter. Nevertheless, the media and the FDA promote Pfizer/BioNTech without making any distinctions between the two.

What was “approved” by the FDA on Monday (8/23) was Comirnaty, which belongs to the BioNTech side of the Pfizer/BioNTech working agreement.

In other words, Pfizer is not even in the picture for approval and continues to sell its version of the shot under the Emergency Use Authorization. To repeat, Pfizer has no approval for any mRNA vaccine.

Now, there are a boatload of problems with BioNTech’s application and the FDA’s treatment of it. Medical experts who are examining BioNTech’s human clinical study are quite alarmed. I don’t want to address those issues here, but a detailed analysis is forthcoming.

This report will only point out the duplicitous behavior of the FDA and the mainstream media in promoting this falsehood that Pfizer’s shot has full FDA approval.

To that end, I located the FDA’s official press release dated August 23, 2021 that was titled, “FDA Approves First COVID-19 Vaccine.” We can give them credit for getting the title correct, but the rest of the text is convoluted. We only need to look at the first paragraph to see what has happened:

Today, the U.S. Food and Drug Administration approved the first COVID-19 vaccine. The vaccine has been known as the Pfizer-BioNTech COVID-19 Vaccine, and will now be marketed as Comirnaty (koe-mir’-na-tee), for the prevention of COVID-19 disease in individuals 16 years of age and older. The vaccine also continues to be available under emergency use authorization (EUA), including for individuals 12 through 15 years of age and for the administration of a third dose in certain immunocompromised individuals. [emphasis added]

To say that the “vaccine has been known as” is not a specific name designated by the FDA or anyone else. It should be BioNTech only because they hold the product name Comirnaty. To be clear, Comirnaty has received FDA approval.

In the next sentence, the FDA says “The vaccine also continues to be available under emergency use authorization (EUA)” Do you see that they are talking about two separate products? The second instance belongs to Pfizer and the former to BioNTech. The Pfizer shot is NOT approved and continues as before under EUA.

The FDA and Pfizer have just played a shell game that leads the world to think that the Pfizer drug has been approved, but it clearly has not! This obfuscation, if not outright deception, belongs at the feet of the Food & Drug Administration. Nevertheless, the entire nation is swooning over vaccine mandates from every conceivable quarter. Furthermore, the confusion is being reinforced by Dr. Anthony Fauci and his merry band of medical Technocrats who are quite certain that the end justifies the means.

FDA/Media Shell Game: Pfizer ‘Vaccine’ Was Not Approved After All