Alex Thompson interviewed by The Pole (James Delingpole).  This is superb – horrifying and worthwhile.

James Delingpole says he became aware of the presence of evil – and the existence of Satan.

From there he became a Christian finding Christ the only pathway to goodness to counter the evil.

Alex Thompson has voluminous knowledge of Satanism and evil.   The conversation between the two is astounding in its detail, and scope.

‘You only need to stand your ground’ – is all you have to do.  Show no fear – just Muscular Christianity and they run away.

Fear not.  Fear drives out everything that should be in your mind.

Get free of the state.  Home schooling.  Spend in cash.  Build communities.   Find like-minded people and work together.

Analysis of the royal family at the end.  The Satanists are penetrating the Church.  See where their money is going.  Go Free Presbyterian or Baptist.

Some churches are fighting to stay open, and put biblical teaching first.  Get away from mainline denominations. 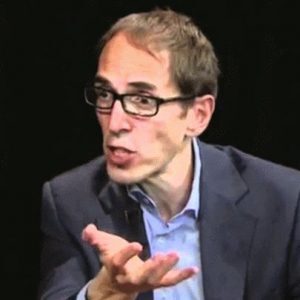 Don’t fall for the Jews being what it’s all about.  Illuminism is simply another modern version of Luciferianism.  The thirteen families rotate their members, and change over time.

The ideas behind Satanism are universal and keep cropping up all over the world, and over time.

This is really a great interview – important source material for any ‘conspiracy theorist’, and Christian.

After learning what today’s British Establishment was all about at Rugby School and Cambridge, Alex Thomson served in a Christian mission in the former Soviet Union and went on to spend the rest of his twenties as a GCHQ officer.

He moved to the Netherlands aged thirty in 2009 and has spent the last decade more quietly as a translator and interpreter and a researcher of networked evil.

Since 2014, Alex has presented his emerging findings via the Eastern Approaches brand on UK Column News, where his specialisms are Europe, geopolitics, religious affairs and constitutional matters.

He maintains the Eastern Approaches channel, mostly of careful readings of key documents indicating the scope of corruption of British and Western public life.

9 Responses to “The real history of the world”