NO ONE fell off any planes. It is easy to fake a few pixels, and I can prove it.

Watch this video again and I’ll point a few things out that prove this is fake.

1. In the foreground a few seconds in, there is a guy jumping up and down doing the victory Y laughing and smiling at the camera like this was a bar-b-q party. The back story is that this plane was full of lucky people and the people on the runway were desperately running after the plane screaming to get on it or they’d be dead. So this guy, is jumping and happy because he’s going to meet Allah? BULLSHIT. REALITY: they were actors in a poorly managed production and he’s saying HI FATIMA!!! LOOK AT ME SWEETIE I AM ON CAMERA aint this cool???

2. So here we have an extremely powerful military aircraft moving over a hundred thousand pounds with the thrust from it’s engines and there are NO flapping clothes, NO blowing hair, NO reaction from people to anything from the engines at all? BULLSHIT. There were no engines because the plane was fake. Look at what happens to people who are not even close to such a plane, even when it is only idling. Obviously they don’t actually get blown over until it spools up, but before then, even from a distance, there’s quite a wind. No wind at all in that vid??? BULLSHIT.

3. There was no emergency, no approaching mushroom cloud, no bullets, no missiles being fired, and yet the pilot saw fit to keep the plane going despite hundreds of people around it, plus people ON the plane? That would never happen folks, pilots are picky about that and that pilot knows that if he spools up, people are going to get vacuumed up into the engines so a takeoff would not even be possible. MORE B.S.

4. Look at the plane windows. they are obviously fake That’s an inflatable plane, LIKE THIS: 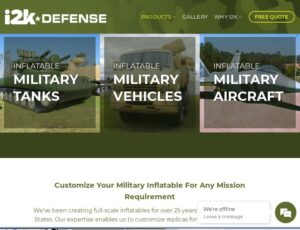 The biggest argument about it not being inflatable I am seeing is that people were sitting on it, and that could not be done.

My answer: YES IT COULD. if you put motors on an inflatable decoy, it would take right off. Zodiac boats, which get totally bashed on the waves are inflatable and you can sit right on the inflated tubes and they are hard as a rock. How strong does an inflatable decoy have to be? At least strong enough to not buckle in a 60 MPH wind. An inflatable military decoy has to have the high pressure inflation like a zodiac or it cannot be put on a runway, the wind would eat it up. And once you have such inflation, you can have wheels and roll the thing for a FAKE PSY OP WHERE NO ONE GETS BLOWN BY BACK WASH OFF THE MOTORS, NO ONE IS WORRIED ABOUT GETTING RUN OVER, AND PARTY GUY DOES THE VICTORY JUMP.

I am right, that whole scenario presented for Afghanistan was FAKE. Maybe there are stranded people, but there’s no way that runway crap happened.