They walk in the shadow of death 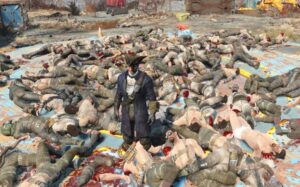 They walk among the dead and dying

Today I want you to bow your head in silent recognition of a dedicated band of men – and women! – without whom life as we know it could not continue. Between the sunset and the dawn they work in grim silence, night after night. Toiling without complaint, their plaintive cries of ‘bring out your dead’ echo through the eerie empty streets. Undeterred by the deadly plague that stalks our land and decimates our population they work tirelessly, night after night, unacknowledged.

Until now! For were it not for their efforts the rest of us would each morning face a mountain of dead bodies, our ears assailed by the piteous cries of the dying. Instead, we can greet each day as we always do, the same as yesterday and the day before that. To the point where you’d think nobody was actually dying from this deadly virus.

So gentle reader, bow your head and join with me today in silent tribute to those dedicated men – and women! – of the Covid Cadaver Disposal Squad.

Age shall not weary them, nor the years condemn.
At the going down of the sun and in the morning
We will remember them.

3 Responses to “They walk in the Shadow of death.”