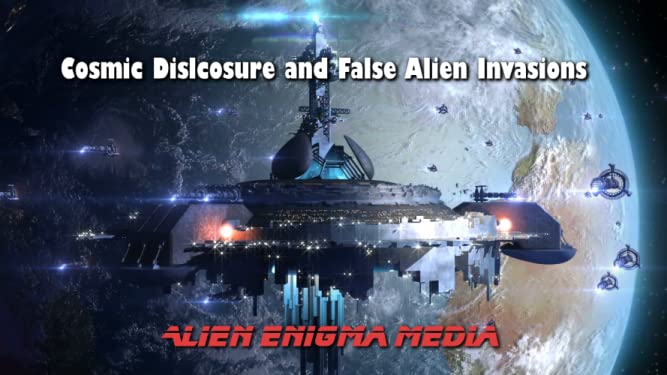 Make no mistake: there is a
fiercely raging war going on
at the very top of the “UFO
Truth Community”.

While there has always been a fierce debate about UFOs, EBEs, Extraterrestrial Civilizations, First Contact and Disclosure, the timing and substance of this latest conflict speaks volumes about what’s truly at stake.

So, what’s really at stake?

The authors are fully cognizant of the existence of real UFO’s that are EBE-controlled and originate from extraterrestrial civilizations, far from our Solar System and perhaps from far-off galaxies.

However, today, throughout the year of 2021, what we are witnessing is a highly choreographed series of events where it concerns UFOs and unprecedented disclosures by the authorities.

Not in American history have there been so many announcements by officialdom about “UFO this” and “UFO that”.  It’s like the dam broke regarding those numerous UFO events that have been reported to the various alphabet soup agencies ranging from the NASA and NSA to the CIA and FBI as well as to the U.S. Military.  As follows:

Like everything floated by the CIA’s Mockingbird Media, UFOs, EBEs,
Aliens, First Contact, Disclosure are all FAKE!

However, and it’s a very BIG however, the vast majority of those reports were actually UFO sightings and inexplicable events that involved both human spaceships and/or advanced technologies that have been developed over several decades in the United States; not alien entities or visitations.

And, yes, it’s quite likely those technological and scientific advancements were predicated by alien intercession over the centuries.

What that really means is that most of the UFOs today are totally manmade, and being tested wherever and whenever The Powers That Be so chose.

What this also means is that TPTB are getting very desperate and/or brazen enough to launch their long-planned Project Blue Beam. See: PROJECT BLUE BEAM of NASA

Project Blue Beam is nothing less that the power elite’s ultimate back up plan that will be necessary to implement when all else falls to corral all of humanity into the pen of COVID-1984 compliance.

In other words, should the crucial number of human beings not receive the requisite number of doses of COVID-19 injections, TPTB will likely launch an alien invasion hoax in order to shock and awe the human race as a prelude to carrying out the total lockdown of the entire planetary civilization.  This is also known as the ultimate Ordo ab Chao ruse utilized to stampede the global population into a planet-wide prison.

So what in the world is going on with the Disclosure Project and the
VIPs associated with it?!?!

Now that’s a very good question because it reflects the sheer inanity and rapidly intensifying frenzy occurring at the top of every governmental agency, MIC-controlled corporation and NGOs which are directly involved in orchestrating the Project Blue Beam hoax.

It appears that there are now, primarily, two camps that dominate the UFO Truth Community.

One camp covertly works for the various governments of the Western powers spewing their disinfo, misinfo and false info 24/7 about all thing having to do with UFOs.

The other camp seems to be comprise of truth seekers who are on to the entire UFO charade the same way that many of us are on to THE GREAT SCAMDEMIC.

For example, the following letter was recently posted by a prominent attorney who has been associated with the Disclosure Project since its very inception.

Such an ill-fated attempt by TPTB to hoodwink all of humanity in the wake of the CORONAhoax should come as no surprise to anyone.  Because if they can keep the Plandemic going into perpetuity, as is likely planned until every individual is fully Covid-vaccinated, what won’t these extremely desperate COVID-19 criminals attempt to do to save their skins?!

The Bottom Line here is that the explosion of UFO disclosures lately is mostly about one thing: legitimizing the whole UFO phenomenon in order to lend credence to their Project Blue Beam blockbuster.  They know that such a CIA-directed Hollywood production will be as dramatic as necessary to dupe the masses.  After all, the more who believe that such an overwhelming space event can take place, the easier they can be hornswoggled into doing just about anything.

Therefore, it’s never been so important to view all news reports, consider all stories, view all videos and read all books on the UFO phenomenon with the following understanding.  That they are all being purposefully fabricated for the U.S. Space Force by all the supporting government agencies such as the Air Force, NASA, CIA, as well as the lesser know US National Security Space Agencies as follows:

Clearly, the banksters, along with those who secretly run United States Corporation, have sunk a HUGE investment in the future of space.  And they intend to invest a lot more taxpayer’s money into the same enterprises.  Hence, the American people can expect to experience “The Greatest Show on Earth & Space” in the not-too-distant future in order to justify those trillion dollar expenditures being made to completely dominate space so they can more efficiently dominate the entire planet.

KEY POINT: The Power That Be have always known that,
whoever controls space, effectively controls planet Earth.
Therefore, the world has yet to begin to witness what those
control freaks will attempt to get away with both in broad
daylight and during the dark of night.  After all, if it is to be
“The Greatest Show on Earth”, it must span all 24 time zones.

Revisionist Historians for World Peace
State of the Nation
July 13, 2021