Russell Brand criticized the media for pushing the myth that we need heroic billionaires to go into space and build us a future. He also called out the system that lets uber-wealthy dodge taxes by lobbying for tax law loopholes. 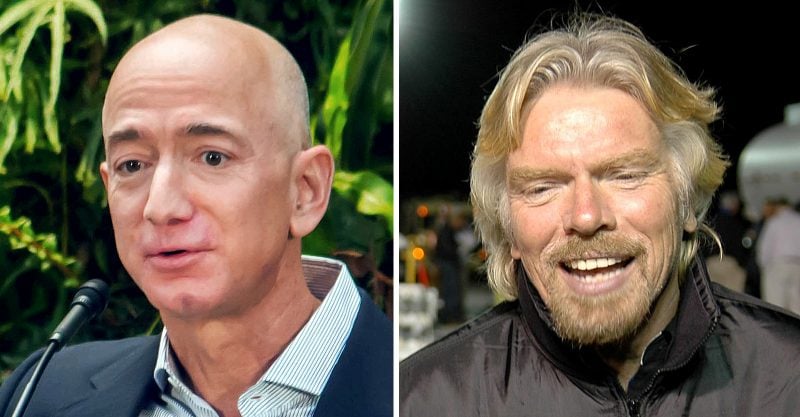 Chances are you aren’t going to space — but you’re paying for other people to go, said Russell Brand.

In a new video, Brand slammed the mainstream media for glamorizing billionaires whose endeavors have negative impacts on ordinary people.

Space programs privately financed by billionaires like Elon Musk, Jeff Bezos and Richard Branson are made possible, at least in part, said Brand, through the evasion of corporate tax and government lobbying.

Branson, whose Virgin Galactic is selling tickets to space for $250,000 apiece, lobbied last year for a $500 million government COVID bailout for his company, Virgin Atlantic. And in 2018, Branson’s healthcare company, Virgin Care, made $8 million in profit but paid no corporate tax in the UK.

Musk is set to charge $55 million for a ticket to space, while Bezos will charge $28 million and sit next to the “lucky” passenger.

“The commercial space business is booming. All it took was for the companies involved not to have to pay any corporate tax; for governments to create policies that advance them and for space programs that were once a matter of national pride to be abandoned and lost.”

“Don’t have lobbying anymore,” Brand said. “Don’t have the people that are working in healthcare make profits from it.”