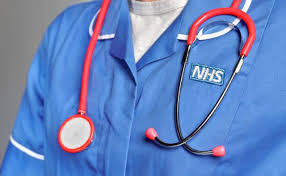 Covid-19 vaccine propaganda is everywhere, and particularly shrill in the sanctified NHS. Reluctant care workers are given a chance to see the error of their thinking, through a teaching session attended with compliant colleagues. Take for example the webinar Vaccination Myth Busting Session for Care Staff, used for NHS and other health and social care staff in Hertfordshire.

The slides begin with results of an Ipsos MORI poll, which asked ‘how convincing are arguments for taking a coronavirus vaccine?’ Of the several items, ‘to protect other people from catching the coronavirus’ and ‘because it will reduce my risk of catching the coronavirus’ got 77% and 76% support respectively. This use of a public opinion poll is manipulative, enabling the educators to make a point without recourse to scientific evidence. In fact, the vaccines do not prevent infection or transmission. As Peter Doshi explained in the British Medical Journal, trials could only measure mild symptoms, because hospitalisations and deaths were too few for statistical significance.

Also scoring 77% was ‘because vaccines have been very successful against other diseases’.  This may be true, but would you agree to take an experimental pill because drugs work for other diseases?  Trust in medicine is being exploited. While 66% agreed with the statement ‘because I trust scientists and other medical experts if they say I should take it’, there was also 45% support for following the advice of pharmaceutical companies, and 39% on government recommendation. This is troublingly naïve.

The next slide is on the World Health Organisation’s steps in vaccine development. No mention is made of the need for long-term safety assessment in the trial stages, as would normally be required. Instead, this is left to post-marketing surveillance. Yet the danger of insufficient time for testing was shown by the thalidomide scandal.

The purpose of vaccines is herd immunity, a state that is only reached ‘when most people in a community are vaccinated against a disease’. Naturalistic herd immunity has been conveniently forgotten. According to the slides, ‘vaccines train your immune system using a harmless form of the virus’. Fact check: false. The mRNA type, described in the slides as ‘genetic vaccines’, instructs cells to produce spike proteins. The adenovirus vector type does not use SARS-CoV-2 either, as the virus has never been properly isolated.

‘Single dose is not single dose’ is the illogical title of the next slide. Although there is ‘high efficacy after first dose’, the second dose gives more lasting protection. However, there is clearly not much confidence in immunisation because the webinar instructs staff to ‘behave as if everyone you meet outside your home is infected and you are too’. The status of sick until proven healthy, apparently, persists for the double-jabbed.

Thus everyone should wear face coverings  I guess that ‘2 layers min, preferably three’ means the thickness of cloth rather than the number of masks, although Tony Fauci was telling people earlier this year to wear two masks. As with the vaccines, masking is presented as part of a package. Amusingly, a block of Swiss cheese analogises the various interventions: all slices are riddled with holes, but no hole goes through the entire block. None of these are optional: ‘if you want to get out of lockdown, your only real option is compliance’.

The threatening tone continues with the assertion that unvaccinated people will cause new variants to arise, and ‘vaccine escape’. Reference is made to the ‘Green Book’, which makes almost no exceptions to the vaccine regime. Based on advice from the British School for Allergy and Clinical Immunology, anyone who had an anaphylactic shock after a previous jab should be given the Astra Zeneca vaccine rather than Pfizer, and should have half an hour of monitoring afterwards.

The slides were produced before the authorities gave the green light for jabbing pregnant women, but there is little caution: expectant mothers ‘should be reassured that the vaccine does not contain live SARS-CoV-2 virus, and therefore cannot cause COVID-19 infection in her or in her baby’. So that’s all right then. The impact on fertility cannot be known, but the webinar glibly states: ‘current guidance is that the vaccination is safe for women of childbearing age’.

Lastly, the session considers side effects. It is accepted that all drugs can cause adverse reactions in some people. However, the covid-19 vaccine is not a treatment but an experimental intervention on the healthy. Thus the risk-benefit ratio is different from a medicine used to treat illness. The teaching session describes the common side effects of ‘a painful arm, feeling tired, headache, general aches and mild flu-like symptoms’, which disappear over a few days.

Then comes a leap of faith: ‘these symptoms are a sign that your body is building immunity’. Such information may explain why people experiencing adverse reactions say ‘at least I know it’s working’. But the reality is that many vaccine recipients feel very poorly after the jab, as known to healthcare providers due to the high level of staff sickness.

It is unethical and against the principles of the Hippocratic Oath to tell people that adverse reactions are normal. But this seems to be the message of the vaccine regime. A Guardian article this week advised people who are suffering nasty side effects: ‘don’t think of this as a bad sign – it’s exactly what’s expected from an effective but imperfect jab’. In this Orwellian newspeak, harm is safe.

The most egregious economy of truth in this teaching session is on the most serious adverse reaction of all – death.  By the time that the slides were produced (27th January), millions of Britons had been jabbed. But this bold claim is made: –

‘Nobody has died following having the vaccine in the UK or anywhere else in the world’.

In January covid-19 mortality surged, a pattern seen in most other countries after vaccine rollout. The likely reason is weakened immunity for two or three weeks after the jab. In the frail elderly, recovery of the immune system takes longer, exposing them to infection in the winter peak. This correlation is not proven, but numerous care homes had a spate of covid deaths after all residents were jabbed.

The blood clotting problem was also well known, with several reports of people dying shortly after vaccination. Again, causation has not been fully determined (although belatedly the authorities have added cardiovascular risks to the vaccine marketing information). But why have a Yellow Card system if reported adverse reactions are simply ignored?

The producers and presenters of this misinformation should be held to account. As the ‘no jab, no job’ mandate looms, it is time for professional practitioners to speak out. Indeed, their code of conduct demands they do so.

11 Responses to “‘Nobody has died’: scandalous vaccine propaganda for NHS staff”