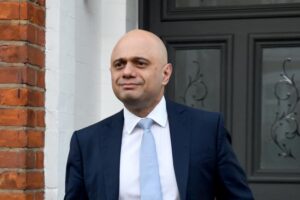 CAMPAIGNERS have hit out at MPs after an NHS “corporate takeover bill” passed its second reading in the House of Commons.

Labour’s amendment designed to block the Health and Care Bill was voted down.

MPs voted 359 to 218, a majority of 141, to reject the amendment that would have declined the Bill a second reading.

Opponents of the legislation have claimed that the Bill will increase the private sector’s involvement in the NHS. They have called for the new Health Secretary Sajid Javid to withdraw the legislation.

Concerns have been raised about proposals for new Integrated Care Systems (ICS) boards, which new bodies within the NHS designed to bring together all groups working within the health service to work on public health strategy. Campaigners have warned that the forthcoming Bill would allow private companies to sit on such decision making boards. The SNP said this creates the potential for a conflict of interest.

Dr Philippa Whitford, the party’s spokeswoman on health, told the Commons she feared measures in the new Health and Care Bill could mean private companies will be able to take public cash and not have to publish accounts of how it is used.

The Central Ayrshire MP said: “It is hard to see this as anything other than a blatant conflict of interest and suggests private providers are moving higher up the ladder and could exert influence on a larger scale.

“One issue is transparency as private companies hide behind commercial confidentiality and don’t publish accounts of how they spend public money.”

Currently, Section 75 of the 2012 Health and Social Care Act requires a process of compulsory competitive tendering for NHS services. The Government’s new legislation would end this requirement, which campaigners claim would make it much easier for services to be contracted to the private sector without checks.

She said: “It will put on steroids the cronyism we’ve seen in this pandemic, where Tory mates and donors having handed billions of pounds in dodgy Covid Government contracts, and it will implement a healthcare model that incentivises cuts and closures, rationing funding to health boards. This dangerous Bill is another step to privatisation.”

Labour’s Bill Esterson added: “Private companies on new health boards and the centralisation of power points to a potential consolidation of the cronyism and privatisation that has characterised the Conservatives’ approach to the Covid crisis.”

Tory MP Peter Aldous raised concerns over a lack of NHS dentistry, saying: “There are potential pitfalls, particularly from my own perspective, changing ICS boundaries and I would urge the minister to avoid this at all costs.”

During the debate, health minister Edward Argar claimed the Bill would lead to increasing private influence in the NHS.

He said: “We are determined to embrace innovative potential wherever we find it. That is quite different from many of the accusations we have heard here today.

“I know it is tempting for some, even when they know better – and they do – to claim it is the end for public provision. It is not and they know it. They know it is scaremongering rather than reality.”

We Own It’s campaigns officer Pascale Robinson said: “Over the last year, our NHS has been the lifeblood of our country – keeping so many of us safe during the pandemic. The last thing it needs right now is a dangerous and damaging overhaul which would put the private sector at the heart of our health service – and the public know it.

“It’s frankly disgraceful that MPs have voted to support this legislation, which is nothing short of a Corporate Takeover Bill and would allow profit private companies – the likes of Virgin Care and Serco – to sit on boards making calls on where NHS money gets spent.

“This private oversight of our healthcare will undermine the principles at the core of the NHS.

“If the Government cares about the future of our NHS and what the public want from it, they should rethink and withdraw this reckless Health and Care Bill. We cannot allow this corporate takeover to go ahead.”

A new poll commissioned by We Own It and conducted by Survation found that 52% of the public oppose private companies sitting on NHS decision making boards, compared to just 28% who support it.