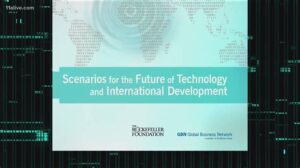 They hypothesize a simulated global outbreak required steps, various phases, overall timelines, and expected outcomes. This was posited in the Rockefeller Lockstep 2010:

One Response to “FLASHBACK: Rockefeller Lockstep 2010 was Blueprint for 2020 COVID-19 Pandemic”