Anyone who saw the videos of the China subway floods ought to have been suspicious of the death toll, it is obvious everyone died, I held off on this because there was not confirmation. Now it is confirmed: All these people died and the photos only got out because people sent them out through social media while their doom was clearly assured.

Everyone in the subway photos and videos you may have seen is dead. 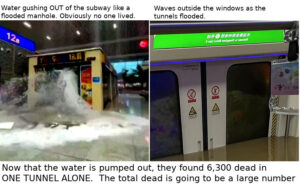 This is what weather warfare looks like at it’s worst. There it is. Someone wanted this, and did this to starve Canada, the United States, and Russia of water. That water has to go somewhere, and THERE IT IS.

This image below is what happened to China.

I know you have all seen this before, but look at the above. THAT is the consequence. We are starting to see the real consequences of permitting this to continue, China today, Mexico City tomorrow, and next week, What, Boston?? LA?? 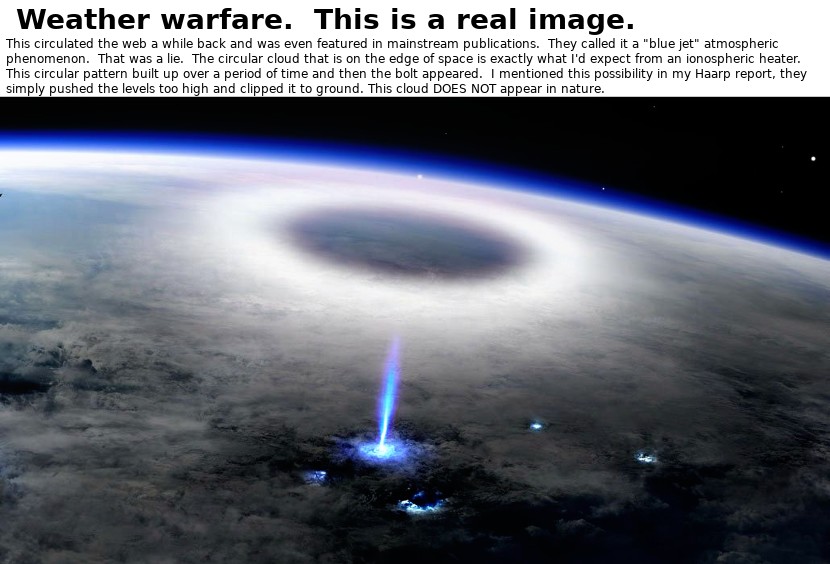 I predicted what happened in the above image could happen in the original Haarp report, where I stated “if they ever clipped that system to ground there would be a lightning bolt of a sort not ever witnessed” AND THERE IT IS, they are getting so anxious to cause disasters that they DID clip the ionosphere to ground.

This image I drew up 10 years ago has been proven right, this is indeed how “haarp” type systems work. Haarp was the original, now the word applies to all such systems like “kleenex”. 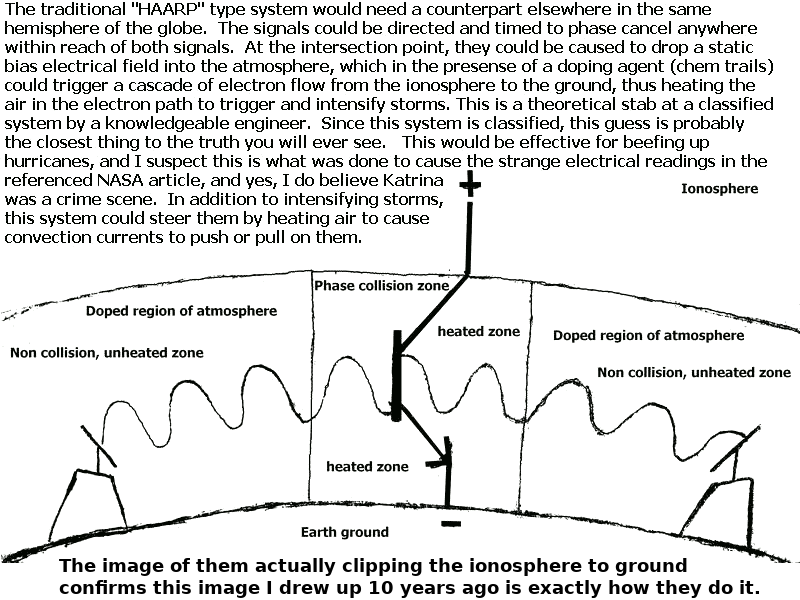 We are all paying the price of having such systems be used un-checked right now, with China being a visually stunning case.