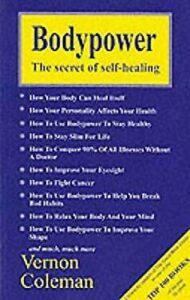 I was in Vienna and the weather was freezing cold. Outside in the street the wind cut through my thin raincoat as if it wasn’t there. I walked with my shoulders hunched and my hands stuffed deep inside my coat pockets. My fingers felt numb. I was so cold that I could hardly think; even my brain felt frozen. I was shivering involuntarily and uncontrollably. It was dusk. The skies were dark with rain to come and in the early evening gloom the bright lights of the cafe seemed especially warm and promising. I love the cafes of Vienna and Paris. They remind me of the sort of places where Dr Johnson might have talked with friends in London a couple of centuries ago. Through the open curtains I could see the dark wooden tables and chairs, the racks of newspapers neatly folded around wooden sticks and the plump Austrian waitress hurrying about with vast cups of cream-topped coffee.

I went in, found a table near to the window and sat down. Inside the cafe it was cosy and comfortable. Old-fashioned radiators and a log stove gurgled pleasantly, and the air smelt of ground coffee beans and rich chocolate cake. The waitress approached and smiled at me. I gave her my order, took my hands out of my pockets and tried to rub them together. They were white with cold and I could hardly move my fingers.

I cupped my hands, held them up to my face and blew on them. Slowly the feeling came back into them. Slowly the colour returned. Gingerly I flexed and extended my fingers; gradually I regained the movement I had lost. As I watched my frozen fingers changing colour I suddenly became aware of something that was to change my life. I suddenly became conscious of the remarkable powers of the human body to adapt itself to cope with its environment. Outside in the bitterly cold autumn air, the blood had left my fingers to reduce the amount of heat lost in order to try to maintain my internal body temperature. My body had been prepared to sacrifice my fingers to save itself. Inside, in the warmth of the cafe, the blood had rushed back into my hands. Once my body’s internal thermometer had recognised that the temperature inside the cafe was warm, my body no longer had to fight to keep me alive.

I’d been qualified as a doctor for ten years and for most of that time I’d been working as a General Practitioner in a small town in central England. To begin with I’d enjoyed the work I did, but for several years I’d been growing more and more worried by the fact that too often I was finding myself interfering with illnesses when it seemed to me that my patients would probably get better by themselves if only I and they were prepared to wait.

Sitting in that cafe in Vienna, I realized that the human body has far more extensive, protective and self-healing powers than we give it credit for. I realized that all of us, doctors and patients, tend to be too quick to rush for the medicine cabinet when things go wrong. I remembered a book I’d read when I was at medical school. Called The Wisdom of the Body, it was written in 1932 by a physiologist called W. B. Cannon, who believed that the body’s abilities to protect itself from change and threat are comprehensive and far-reaching. And I remembered conversations I’d had with a friend, Tony Sharrock, who was convinced that too often doctors ignore the fact that in illness the body knows best.

Your body contains many automatic self-healing and defence mechanisms. If you cut yourself blood will flow for a few seconds to wash away any dirt. Then special proteins will quickly form a protective net to catch blood cells and form a clot to seal the wound. The damaged cells will release special substances into your tissues to make the area red, swollen and hot. The heat kills any infection remaining and the swelling acts as a natural splint — protecting the injured area. White cells will be brought to the injury site to swallow up any bacteria. And, finally, scar tissue will build up over the wounded site.

If you lose a lot of blood you will faint. This is a deliberate technique used to ensure that your brain gets a good supply of food. When you are standing, your blood has to travel upwards to reach your brain. When you faint you automatically lie down and make it easier for blood to get to your brain — your most important organ.

If you eat something which contains toxins or poisons or infective organisms, your stomach will eject it. You will vomit. If the dangerous substance or organism gets past your stomach, you will develop diarrhoea. Both vomiting and diarrhoea are vital mechanisms used to get infections out of your body as quickly as possible.

Your body is also equipped with an appetite control centre designed to keep your weight stable. Most people ignore it or overrule it but it’s there.

A few days later I got back home full of excitement and found a publisher.

The philosophy I described in Bodypower changed my life, and has influenced everything I’ve written about medicine since 1980. It has also influenced hundreds of medical writers, thousands of doctors and millions of patients. The Bodypower philosophy is now widely acknowledged and accepted.

Every week since 1983 I have collected new evidence showing the remarkable powers of the human body. There has been evidence from scientists around the world showing that the power of the body and the mind is greater than anyone could have dreamt a mere decade ago. For example, researchers have shown that crying helps the body get rid of harmful waste material. It has been shown that tears shed because of emotional feelings contain more protein than tears shed because of irritation. When you are upset and you cry your body is getting rid of unwanted and dangerous wastes.

Newspaper stories supported the Bodypower theory too. Soon after Bodypower was published, I read about a farm worker who had been involved in a horrific accident. He carried his severed arm for a mile in order to get help. His arm was then sewn back on by a surgeon at a nearby hospital. I read of an 87-year-old widow who knotted sheets together and climbed out of her first floor window in order to escape from a fire. In both these cases the human body found resources that no one would have thought could exist.

Our bodies are sensitive, delicate and remarkably frail. The fact that we manage to prosper in a world which is often hostile and unsympathetic to our needs is a tribute to a vast number of automatic mechanisms – mechanisms specifically designed to enable us to survive an infinite variety of environmental hazards, to repair and restore ourselves to good health when disease and disability threaten and to learn from our experiences so that we can improve our capacity to survive.

Today we are only beginning to understand the extent of our ignorance about the human body. Slowly it is becoming clear that if a scientist claims that there is a simple explanation for a complex phenomenon, then he is probably wrong. Our knowledge about the human body is expanding so quickly that it is almost certainly true to say that anything a student learns about the physiology of the human body will be out of date by the time he leaves his school, college or university.

We now find that the traditional dividing line between the conscious and the unconscious mind can no longer be drawn with any accuracy. We know that messages are transmitted within the brain by electrical activity and by a complex network of chemical messengers which are far more bewildering than our predecessors ever imagined.

We know that the brain contains pain-relieving hormones and, although we do not understand why, we know that it can be affected by magnetic storms.

Amidst all the confusion and ignorance, the one thing that we can say with certainty is that the capacity of the human body to heal itself, to benefit from experience, to improve itself, to protect itself and to guard itself against threats of all kinds is far greater than we have ever imagined it to be.

When Bodypower was first published, the response from some parts of the medical establishment was cool. Doctors have for decades been taught that in order to beat disease they have to interfere with nature. The medical profession has grown in strength alongside the drugs industry; thousands of doctors have been taught that a doctor’s first response to any illness must always be to reach for his prescription pad. But that has changed. More and more often the medical journals now contain articles written by doctors explaining how they have discovered that it isn’t always necessary to interfere when a patient falls ill; that the body can often look after itself; that the body’s defence mechanisms and self-healing mechanisms are far more sophisticated than they had been taught and that the power of the human mind is far greater than anyone would have dared suggest in the past.

In 1983, the philosophy behind Bodypower seemed new and slightly frightening to many people. Some thought it threatening, a few even suggested that it was heresy to suggest that in 90 per cent of all illnesses as I’d suggested there was no need for a professional healer, that the body could look after itself perfectly well.

Today, I hope that the philosophy described in Bodypower is widely accepted. It has not halted the march of modern interventionism but it has, perhaps, caused some of those who lead the march to break step. From the letters I have received I know that it has encouraged many to be prepared to take advantage of their bodies’ own healing processes and to regard illness as something to be conquered in partnership with the help of healers (whether orthodox or alternative) rather than as something to be handed over completely to the professionals.

Just remember: your body knows best more often than you might think possible.