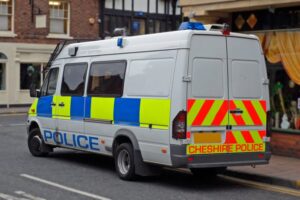 Laura Jane Miller, Red Lion Chambers, explains the mistakes made when prosecuting under the Coronavirus Act

Ordinary members of the public have been wrongly criminalised due to an inherent lack of understanding of the law by enforcement authorities. This is the finding of a recent review by the Crown Prosecution Service.

On 25th March 2020 the Coronavirus Act 2020 came into force and The Health Protection (Coronavirus, Restrictions) (England) Regulations 2020 followed suit on 26th March 2020. Cumulatively, the legislation provided new and unprecedented powers to the police and immigration enforcement officials, in an attempt to stop the spread of COVID-19.

The Act and the Regulations provide separate powers for two distinct groups – the Act is designed to assist health care professionals and applies only to persons suspected of being infectious. The Regulations, on the other hand, are designed to enforce lockdown and social distancing rules imposed upon the public.

The government made it clear that prosecution was to be a measure of last resort, with education and fixed penalty notices being the primary and preferred sanctions.

It is worth noting that accepting a fixed penalty notice does not result in a criminal conviction. They can be handed out to members of the public on the street, without a person being arrested or detained in a police station, and with limited cost to the public purse. In England, those over 18 can be fined £100.00 for a first breach of the Coronavirus Act and £200.00 for a second breach, thereafter the penalty doubles for each further offence up to a maximum of £3,200.00.

The British press has highlighted multiple examples of an inconsistent application of the law by different police forces. The result is that members of the public have been wrongly convicted by the courts. Of particular concern is that most of those appearing before the court, under the legislation, were not represented by a defence lawyer.

What are some examples of this?

Marie Dinou was tried in her absence by a District Judge who found her guilty, having read the witness statements presented by the Prosecution. She was fined £660.00. Her conviction was subsequently overturned because she was charged under the Act, even though she was not at any stage suspected of being infectious.

Lukas Karuzel appeared before Wimbledon Magistrates Court for offences, including an offence under the Act. He pleaded guilty. He was fined £60.00 for the coronavirus offence. His conviction was subsequently overturned, again because he was not at any stage suspected of being infectious.

Those two cases are not only examples of wrongful convictions but also highlight the inconsistency in the sentences being imposed by the courts. In each case, the Judge, the Prosecutor, the Court Clerk and the Police all made fundamental errors in their understanding of the legislation.

There have also been cases of homeless people being prosecuted under the Regulations. Such cases are brought on the basis of individuals having left the place where they are living without a reasonable excuse. However, the Regulations expressly state that the restrictions of movement do not apply to those who are homeless.

How many cases have been prosecuted?

Between 25th March and 30th April, 187 cases prosecuted under the Regulations and 44 cases prosecuted under the Act were concluded in the courts. On 15th May the Crown Prosecution Service published an updated outcome of an internal review of more than 200 such cases. Notably, the review did not include ongoing cases. Nor did it include Fixed Penalty Notices, many of which were undoubtedly wrongly issued by the Police.

The review found that 175 of the 187 cases charged under the Regulations were charged correctly, 7 cases were withdrawn by the prosecution at the first court hearing and 5 cases resulted in wrongful convictions. The Crown Prosecution Service confirmed that the “errors usually involved Welsh regulations being applied in England or vice versa.” No data has been released to confirm why in those 175 cases, fixed penalty notices were not deemed appropriate as an alternative to prosecution.

Over 14,000 fixed penalty notices have been issued by the police. The only way to challenge such a notice is by lodging a complaint before the Magistrates Court or by refusing to pay, and in doing so, exposing oneself to a risk of criminal prosecution and potentially a substantial costs order. No review of such penalties has yet been announced.

Why have so many mistakes been made?

In ordinary times, the police, prosecuting authorities and the courts would have many months’ notice of a change in the law. Guidance would be issued, policy drafted and training conducted. In relation to the coronavirus legislation, those bodies were provided with just 72 hours’ notice.

The chair of the National Police Chief’s Council apologised for the mistakes and confirmed that “these were unprecedented circumstances in which officers were presented with new powers within days of them being announced.” Police officers on the ground felt the guidance in daily government briefings was unclear, often going further than the legislative provisions, and therefore causing additional confusion over the extent of new Police powers.

Given that these important powers were granted to the Police and Prosecutors during unprecedented times, the public rightly expects the criminal justice system to exercise these new powers in a just and consistent way. A failure to enforce the law correctly and consistently undermines public trust and confidence in policing and criminal justice agencies.

Before relying on their new powers it is imperative that the police understand the nature and extent of those powers. It is equally important for the Courts and Prosecutors to understand the limits of those powers and to act as a necessary check on their use. The absence of defence lawyers advocating on behalf of those charged under the provisions is a further missed opportunity to ensure justice is done. That the usual “safety nets” were not present or failed, is a warning against future legislation that is promulgated in a crisis.

What comes next for the Coronavirus Act?

The review is, of course, welcome as is the new requirement that any charge under the legislation must now be reviewed by a supervising lawyer before being called into Court. It was a necessary correction to a failure within the system.

The stark reality is that but for the press attention, these miscarriages of justice would almost certainly have gone unnoticed. Ordinary members of the public would have criminal convictions for offences which simply do not exist. Hastily drafted legislation requires proper checks and balances to ensure it is proportionate and necessary. It requires particular caution and diligence across the criminal justice system to ensure a fair and lawful application. Whilst criminal lawyers across the land demand this, politicians ignore it at their own peril.

Barrister: “All prosecutions under the Coronavirus Act have been unlawful”

2 Responses to “Barrister: “All prosecutions under the Coronavirus Act have been unlawful””