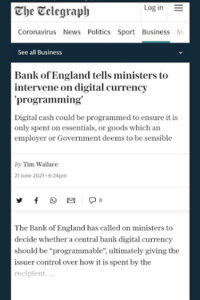 9 Responses to “Bank of England asks ministers to intervene.”