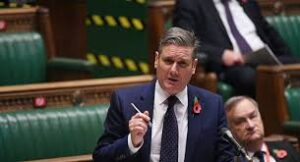 Globally, democracy is in retreat. As reported in September 2020 and January 2021 respectively, between 5,7% and 8,4% of the world’s population resided in a ‘full democracy’ during 2020.

Full democracies are countries which score between 8 and 10 according to the Economist Intelligence Unit Democracy Index.  At a score of 8.08 the UK is on the cusp of becoming a ‘flawed democracy’. It’s surprising the UK scored so well considering all the fundamental British values – democracy, rule of law, respect and tolerance, and individual liberty – have been trampled by almost all of our elected officials over the past 15 months.

The UK’s democratic liberties were once the envy of the world and were looked upon as an example other countries could look up to. The UK famously has an unwritten constitution, its constitutional rules existing in multiple sources, both written and unwritten.  Some argue that it’s now essential to reduce it to a single written document but “by comparison, the United Kingdom has a better culture … because the political system has developed invaluable conventions and norms,” Dr. Alex Magaisa, University of Kent.

The Magna Carta, as re-issued in 1297, established the idea that people possess certain unalienable rights that cannot be overruled. Yet, using the ‘pandemic’ as an excuse, both local and national governments have overruled them. Instead of governing by consent they’ve chosen to use ‘rule by decree’ and ‘rule by fear’ – tactics favoured by dictators.

“Liberal democracy will be the biggest casualty of this pandemic,” Lord Sumption.

A democracy is only as strong as the opposition and this has possibly been one of the biggest failings for liberal democracy in the UK.  Parliamentary opposition has failed to challenge Covid policies and stand up for individuals’ rights and freedoms.  Contrarily, Labour, in particular, has consistently pressed for draconian restrictions to go further, sooner or for longer – giving the impression that Britain has become a one-party state. A case in point is a compulsory ID card scheme – launched, then scrapped, by the then Labour Prime Minister, Tony Blair. Although Blair continues to be a relentless champion, it is a Conservative government intent on implementing it.

Even if cross-party ‘group think’ hadn’t taken hold, it seems the main opposition party is on course to self-destruct.  At least fifty-five Labour councillors, MPs and mayors have been arrested, charged, suspended, or placed under investigation in the past six months. Some of the crimes and allegations are shocking:

There can be no hope of a strong opposition, nor a well-functioning democracy, when the main opposition party is incapable of selecting worthy candidates. Coupled with elected officials, irrespective of political affiliation, destroying our democratic liberties –  despite having committed to represent, govern, administer and serve on behalf of and in the interests of the people – and it’s no wonder Britain is looking more like a dictatorship than a liberal democracy.

Democracy relies on a culture built upon freedom and equality where everyone is aware of their rights and responsibilities.  A democratic society depends on individual rights but also entails responsibilities. When elected officials fail, it becomes the responsibility of the people to establish, develop and sustain democracy.

“The most important political office is that of the private citizen,” Justice Louis Brandeis

2 Responses to “At least 55 Labour MPs, Councillors and Mayors have been arrested, charged, suspended, or placed under investigation in the past 6 months”