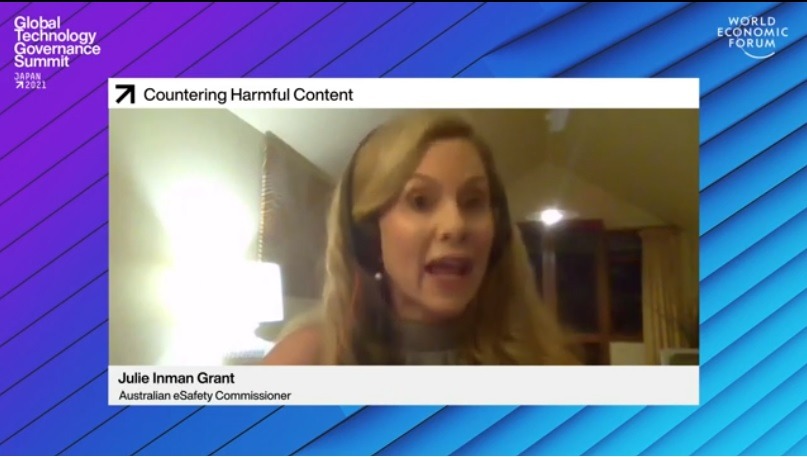 Of course, they get to define all the forms of “health misinformation” which include any dissenters to the COVID-19 bioweapon shots.

And we have already seen what they mean by “the exploitation of children online” which means preventing children from getting dissenting views, as several places in Canada and around the U.S. have already started injecting children as young as 12-years-old with COVID-19 shots without their parents’ knowledge or approval.

No, I didn’t mistype that. Listen for yourself:

They’re going to rely on citizens to spy on their friends and neighbors and then report them to Big Tech.

Leo Hohmann published an article about this today, and said one of his readers sent him a screenshot from Facebook showing that this is already being implemented.

The World Economic Forum announced June 29 it will initiate a new “public-private partnership” with Big Tech and governments around the world to identify and uproot all opinions from the Internet that it considers “harmful.”

The WEF is one of those elitist organizations that wields enormous influence over the elected leaders of Western nations but which almost nobody in the general population has heard of.

Its members are internationalist corporate honchos and technocrats who meet once a year in Davos with the stated goal of working to “shape global, regional and industry agendas.”

It made a big splash last year with its highly touted “Great Reset,” which promises to use the pandemic as an “opportunity” to crash the world’s dollar-based, capitalist economic system and “build back better” under a more socialist and globally integrated system that mirrors the United Nations Agenda 2030 goals for Sustainable Development.

Any politician you hear using the term “build back better” [Biden-Harris-Trudeau-Johnson repeat this mantra daily] you know has drunk the poisonous Kool-Aid of the World Economic Forum and its founder, Klaus Schwab.

Schwab’s latest venture is the so-called “Global Coalition for Digital Safety” that consists of execs from Big Tech and government officials with the goal of creating a “global framework” for regulating speech on the Internet, wiping it of so-called “harmful content.”

[I could not help but think of the Committee of Public Safety that conducted the reign of terror during the French Revolution.]

And who gets to define what’s “harmful”? Why, the global coalition set up by the elitist WEF of course!

Microsoft immediately announced it was all in with the WEF’s plan for cracking down on free speech over the internet.

“Technology offers tools to learn, play, connect, and contribute to solving some of the world’s greatest challenges. But digital safety harms remain a threat to these possibilities. As the World Economic Forum is uniquely positioned to accelerate the public-private collaboration needed to advance digital safety globally, Microsoft is eager to participate and help build whole-of-society solutions to this whole-of-society problem.”

Facebook is also excited to get started on this new project. The social media giant has begun sending cryptic messages to some of its users that read as follows:

“Are you concerned that someone you know is becoming an extremist?”

See screenshot below of this message that one user received from Facebook and sent to this reporter.

For those of you who have watched the presentation on Freemasonry by Altiyan Childs, you will know that the Satanic symbols so prevalent in our modern culture and hidden in plain sight are also shown in the WEF logo with 666: 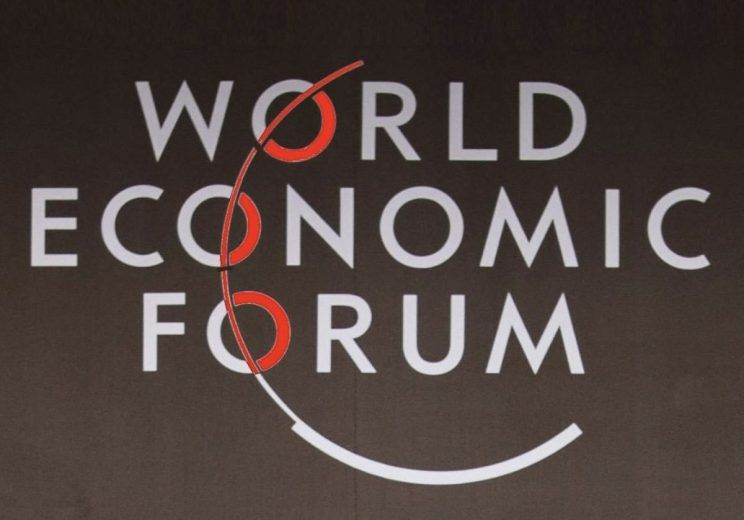 In Canada, some places are apparently taking this one step further, and not only policing online digital communication, but preventing large gatherings in person as well, where people might talk about the wrong things.

As I have been warning our Health Impact News readers for weeks now, the worst is yet to come!

This is an all-or-nothing gamble by the Satanic Globalists’ power grab to completely restructure society, including the financial sector, making everyone a slave to their medical procedures as these eugenicists move towards reducing the world’s population for their own purposes.

The first round in the first half of 2021 has already seen a dramatic decrease in the population of the pro-vaccine crowd. Those who are left from that demographic are now being recruited to spy on the dissenters.

The only thing standing in their way now is a non-compliant public willing to count the cost to resist.

But will that happen?

As I have recently written, I have more hope for massive resistance in the UK due to recent large protests there.

But in the U.S., I fear that the plan is to allow Donald Trump to return to power to pacify the Right into compliance, while the Left gets ready to burn down our major urban centers and cause widescale chaos, deflecting attention from banding together to fight the real enemy and the Luciferian Globalists who are the ones actually controlling the country right now from Wall Street, and the Trump family is most definitely a part of that group.