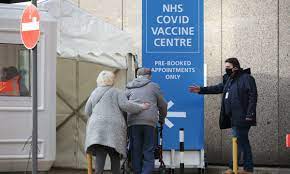 Posts on social media indicate vaccine centers are shutting down because people are simply not going in for the shots. That’s not what you’d believe from all the trolls claiming they just got theirs (herd mentality play) and “they are OK” – saline or abject lie – and these types of posts are reaching a fevered pitch across the infosphere –

The reality is that too many people have woken up to the vax. If you have guys from India among the crowd with all of the western countries saying the vax is a disaster and people are avoiding it there’s a major problem for the vax agenda and today I came across posts from people who said their jobs at those centers got canceled.

I don’t think they hit what could be called “critical mass” with their vax agenda. What they are going to end up with now is a lot of people who were vaxxed dying over the coming months, and they are going to need a way out of this so they are not held responsible. How would they accomplish that type of distraction? EASY:

5 Responses to “Vaccine centers shutting down, bring on the aliens”