My grandfather was a British admiral in WW2. He was ordered to take a convoy half way to Malta across the Med. His route was communicated to German intelligence by the Americans – in that the story goes, the Germans had cracked American codes. In fact all intelligence is used by the higher cabal to bring battles about when they feel inclined to keep the war narrative playing. He lost nine ships. The battle was not reported at the time as it would have been bad for morale, so no one’s ever heard of it. Military forces are created to be destroyed at the leisure of the higher cabal, so more ships and supplies can be sold, financed and deployed. No battles. No profits. Vaccines are simply the new weapon of greatest profit and least required effort. It’s much cheaper if people rush to kill themselves, no battles required. The orders come through TV and people obey like trained soldiers.

The higher cabal wants nearly all humans to die from the COVID vaccine, not a mere 50 million as died in WW2. AIDS killed 200 million. This time they want 7 billion corpses. Grandfather survived WW2. Will we survive the COVID massacre?  Stories from neighbours of illness and death  come in every day now.

They’re rushing to get their numbers they need, as if the world were to awaken before they’re done, it might backfire on them. Prince Charles, for example, must be feeling very nervous right now, as a key backer of the COVID massacre of humanity.  His family is well known for wanting a crash in the human population – the sustainability agenda. 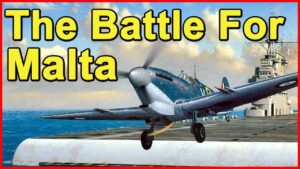 5 Responses to “The COVID vaccine massacre”