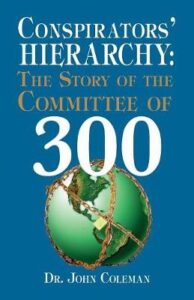 (Published in 1993)
“At least 4 billion “useless eaters” shall be eliminated by the year 2050 by means of limited wars, organized epidemics of fatal rapid-acting diseases and starvation. Energy, food and water shall be kept at subsistence levels for the non-elite, starting with the White populations of Western Europe and North America and then spreading to other races.
The population of Canada, Western Europe and the United States will be decimated more rapidly than on other continents, until the world’s population reaches a manageable level of 1 billion, of which 500 million will consist of Chinese and Japanese races, selected because they are people who have been regimented for centuries and who are accustomed to obeying authority without question.”