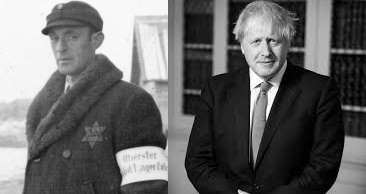 With the apparently strange things going on now and the crazy decisions the world’s governments are making which the average man intuitively knows are wrong, is this a good time to take a different look at the role of governments. More importantly, is it time to ask what is their real/occulted role and who do they actually answer to.

In his famous quote Johann Wolfgang von Goethe may have accurately described the position the world’s people have currently found themselves to be in. If the politicians, mainstream media, entertainment and music industries and numerous others have done their hidden masters bidding correctly the average man/woman would not know they were enslaved. A good background to this position and method of enslavement can be seen in the William Lynch speech. Whether real or fake it outlines the perfect way to keep a large number of slaves happily under their master’s control while loving their captors.

If, and it is an if, we have been and are being subjected to this type of psychological control and manipulation the natural question has to be why and by who. While being a very big question to answer a good starting point would be to ask are the governments in on something we’re not and who do they really answer to/serve? Also, who do the ruling parasites they think they are descended from may be another question nobody generally thinks to ask.

A picture is worth a thousand words

If the governments, royalty, elites and ruling parasites are working for someone else and are not loyal to the people they certainly would not talk or communicate about it in the common man’s tongue. They would logically use a code, cypher or their own language. We know through the works of John Harris, Gary Fraughen, Mary Croft and many others that in court the “legal system” uses a different language but are there other systems in play such as pictorial/allegorical systems?

In the picture below originally published in The Daily Mail there are a few anomalies that suggest that may be the case. The bull definitely looks to be a photoshop construct. Done I suggest for the shape it makes with the bull looking over its shoulder being a big clue. A missing leg is also another. The purpose of this post is not to conclusively say that is the case but to suggest the possibility of it and stimulate investigation and discussion. The picture looks strongly photoshopped so as to tell a story and send a cryptic message as are many pictures in the mainstream media today.

As Ian Crane would say, “They hide it in plain sight telling you what they’re up to and if you don’t object, you consent”.

If you have eyes to see it, mull on the picture and see if Borris is signalling where his allegiance lays and who he/they are concerned about as it’s definitely not us the people.

Readers with an astrological knowledge have an advantage. Orion shows the way. Follow the path to the end of the rope. The concept of a message in the picture was inspired by Wayne Herschel and his excellent book “The Hidden Records”. Pierre Sabak is also a great resource for hidden messages, codes and messages in symbols.

Is the Jovian Cross causing an energetic change between the earth and sun which leads to unwanted changes on earth for the “rulers”. Or, again as Ian would say… “are those who believe themselves to be our “Rightful Rulers” about to be revealed?”.. whether they want it or not.

Fallen Angels or Outcast Criminals? The truth is probably on its way.

One can only imagine how Albert Pierrepoint would have written about Borris Johnson.

“Large man, lots of fat, evil looking beady eyes, plays the fool… weighed a lot and had a neck merged with his shoulders. Took a triple thick rope and double height drop to dispatch him.”

The sun is a frequency gate opened by love. My guess is an evolved consciousness can open it and go home. Evil can not. It’ll be lonely down here on your own Borris. Time to change sides, sing like a canary and avoid the coming fire while you still can. Take note Ferguson, Hancock, Vallance, Whitty.

If the People’s Union of Britain get their court date and the above four have to turn up in person then maybe we should open a book on who will sing first. My money would be on Ferguson as he always looks terrified now. As always though the vipers will probably end up turning on each other and pull the “I was only following orders” excuse, be “too ill to testify” or convenitely pass over/go to live in the middle east under a new identity. Karma though is unavoidable and the cloak of invisibility comes off eventually.

All comments are welcomed. Namaste. 🙂 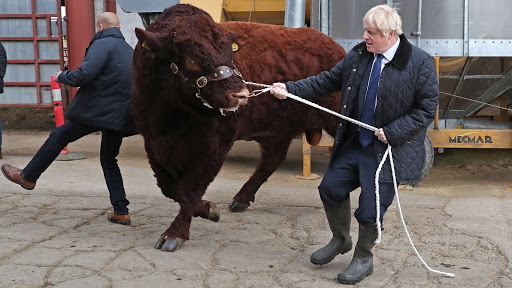 9 Responses to “Government of the People or Kapos of Prison Planet Earth?”