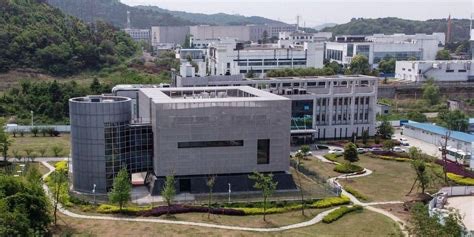 (l. Wuhan Lab)
Reports that the virus leaked from Wuhan are designed to convince the sheeple that Sars-Cov-2 and Covid-19 exist. Like the planes on 9-11, they don’t. Illusion is the basis of all psy ops.
“No lab leak necessary. Incessant propaganda and government lies get the job done in a more efficient and timely manner than any manufactured infectious agent ever could.”
Gary Jordan is an author, researcher and activist from Dublin, Ireland. His book The COVID-19 Illusion; A Cacophony of Lies can be found on Amazon, Lulu, Google Books, Walmart and Barnes and Noble. Keep up to date with his latest articles on Substack.

The Lab Leak Psyop And The Truth About COVID-19
by Gary Jordan
thecovid19illusion@protonmail.com

(henrymakow.com)
Almost a year ago, I wrote a book called The COVID-19 Illusion; A Cacophony of Lies.
Even back then, in the very early stages of the pandemic hoax, there was an abundance of evidence to show that the SARS-COV-2 virus, far from been made in a lab, was instead made up in someone’s mind.
Why bother to go to all the trouble and hard work of engineering a virus, when you can create the illusion of one? Why the necessity of releasing a wayward virus among the nations of the world, when you can just create the perception of one, leaving you in complete control of it?!
The idea that there is a deadly virus raging rampant throughout our planet has been enough to convince billions of people that they should line up for an emergency use, unapproved, experimental, gene therapy, which of course, has always been the end goal.
No lab leak necessary. Incessant propaganda and government lies get the job done in a more efficient and timely manner than any manufactured infectious agent ever could.
Even if we were to suspend disbelief for a moment and imagine that you had discharged a lethal microorganism into the world, with the aim of depopulating the planet, killing off huge swathes of the population – wouldn’t you be asking for a refund now?
I know, if I had purchased a made-to-order pathogen and it turned out to have a 99.97% survival rate among those who were infected and was only efficacious when it came to killing octogenarians in nursing homes, I sure would. I’d be pretty pissed to think that I’d paid to have a virus created that is less deadly than regular influenza. Damn right, I’d want my money back.
We’re expected to believe that Dr. Anthony Fauci is responsible for the lab leak. We’re told that this man, who was outed via FOIA requests made by Buzzfeed – an organization that has been closely involved with a government-funded information warfare group called Open Technology Fund – and the Washington Post – owned by Jeff Bezos, who has profited immensely from the pandemic hoax – is culpable for the 3.9 million deaths that have supposedly occurred worldwide since the beginning of the pandemic.
That’s 1300 times more people than Osama Bin Laden was accused of killing on 9/11. With Bin Laden, we bombed entire nations in oblivion, killed him and threw his body into the sea. But with Fauci, we’re going to pass the Fire Fauci Act, and he’ll be handed a pink slip, forcing him into retirement. What a horrible, cruel punishment for an 80-year-old multi-millionaire, who supposedly helped kill millions of people. 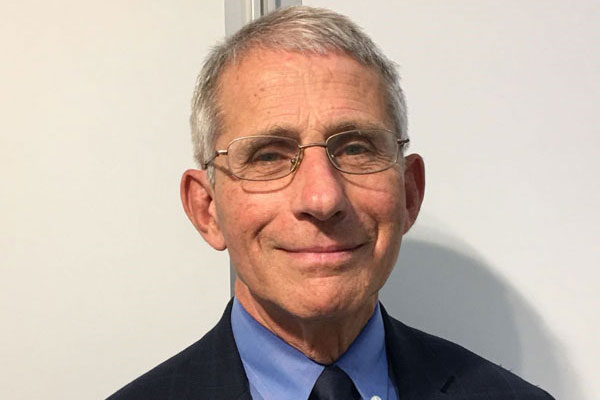 Dr. Anthony Fauci – Facing early retirement at 80 years of age, due to his crimes against humanity, Who writes this stuff? And how do some people who are supposedly investigative journalists fall for it?
As well as the crew at Buzzfeed and the Washington Post, there are others in the media industry pushing this scam.
One, in particular, is Michael R. Gordon. of the Wall Street Journal.
Gordon has been lying on behalf of his handlers for decades. He holds the distinction of being one of the very first journalists in the world to allege the existence of weapons of mass destruction in Iraq. In a September 8th 2002 article titled ‘US Says Hussein Intensifies Quest For A-Bomb Parts’, Gordon cited anonymous sources. Today he is citing undisclosed intelligence reports as proof of the Wuhan hoax. We all know how reliable his WMD sources were 19 years ago, yet still, there are those in the independent media who advance his pseudo-journalism today, buying into the latest psyop. 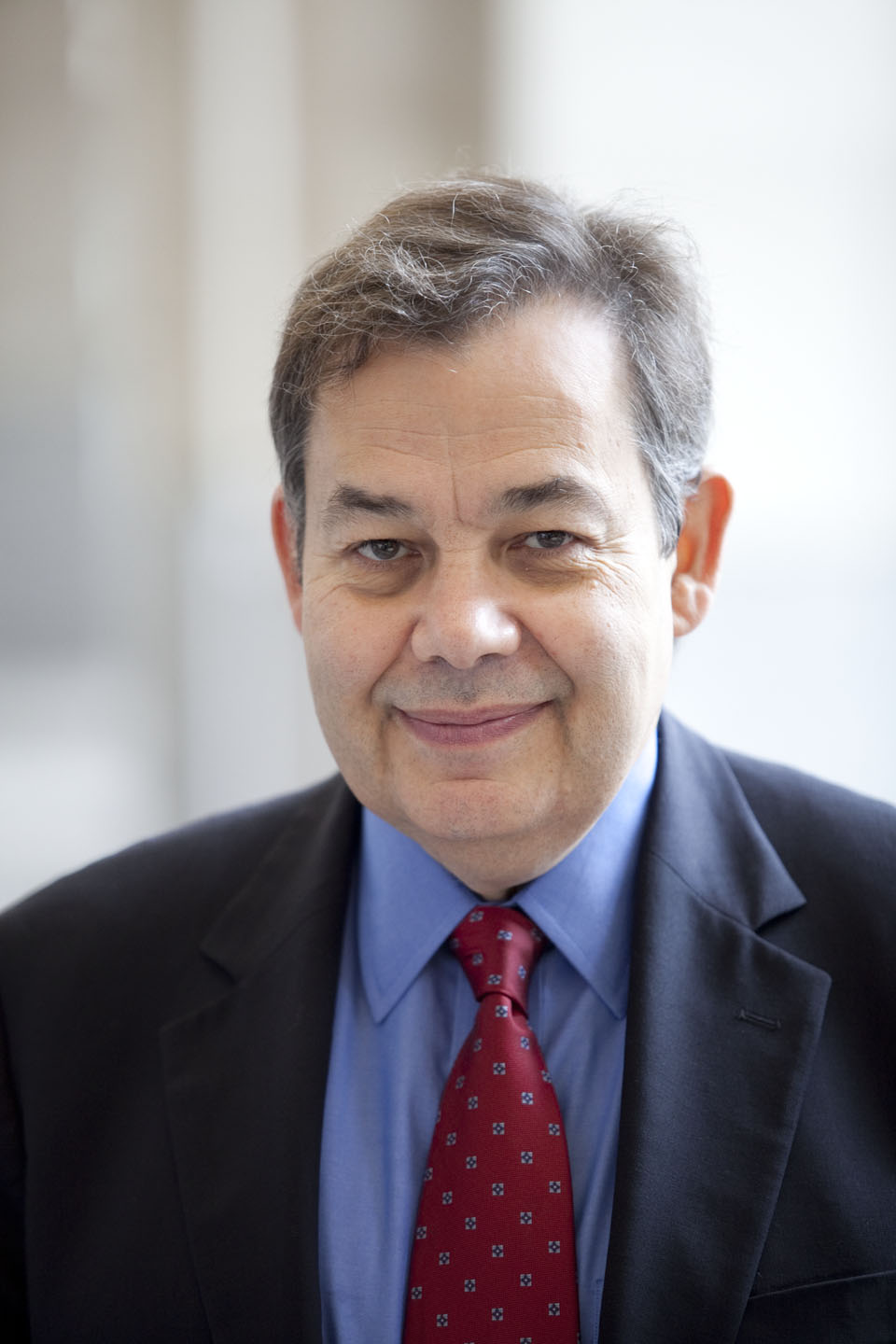 Michael R. Gordon – Still searching for Sadam’s WMDs
THE TAKE AWAY
With all this in mind, and in the knowledge that the mainstream media, and seemingly some within the alternative media, want us distracted, believing that COVID-19 does indeed exist, it’s important to remember a few points – most of which are covered in greater detail in my book.
-By the admission of the CDC, SARS-COV-2 has never been isolated. It has never ever been proven to exist. Koch’s postulates have not been performed, as they should be to identify any new virus.
-Despite (allegedly) hundreds of millions of cases of COVID-19, there does not exist any electron microscope (EM) photograph of the SARS-COV-2 virus. What we have seen so far, are a handful of digitally simulated images and artists renderings.
-The diagnosis of COVID-19 is based on a PCR test. Hundreds of millions of cases have been ‘confirmed’ using this method. The PCR test is not reliable, should not be used to diagnose illness (according to its inventor, Kary Mullis) and has even been called into question by the World Health Organization. Therefore, the hundreds of millions of diagnosed cases, which have sparked mass vaccinations and unconstitutional lockdowns, are based on lies.
-Death rates in nations worldwide have remained the same, or in some cases, decreased since the WHOs declaration of a pandemic in March 2020. In the UK, for example, age-standardised mortality rates have been at the lowest level ever recorded. So what has the engineered virus been doing all this time?
– It’s not a new concept. Pandemics have been manufactured before. The 2009 Swine Flu was deliberately designed to foment panic and sell vaccines. This was even acknowledged by Forbes magazine, before they pulled their article in October 2020.
-The vast majority of reported deaths from COVID-19 were of elderly patients who had been moved out of hospitals and transferred into care homes, where they would no longer receive the treatment that was required for the illnesses they were initially hospitalized for.
On top of that, it is reported that a huge number of those who died had been on ventilators, which evidently damaged and then blew out their lungs. This has been confirmed by numerous whistleblowers in destinations worldwide such as Italy, the UK and the US, proving that any major wave of death that did occur was due to the genocide of the elderly by government-backed eugenicists, as opposed to the contraction of a deadly contagion.
– Health officials worldwide have instructed hospital staff to label everybody who dies after testing positive for COVID-19 as a COVID-19 death, even if they were sick from other illnesses such as cancer, heart disease and diabetes. In some cases, car crash victims and people who had been terminally ill for months have been certified as COVID-19 deaths. This is a deliberate scam, aided by a faulty PCR test, in an effort to boost numbers, turning up the level of fear that little bit more.
Ignoring facts such as these, in favour of an MSM-sponsored conspiracy theory citing the dubious claims of dubious groups and dubious individuals, the so-called independent journalists are doing a disservice to themselves and to their audience.
Until we can develop immunity to the powerful propaganda and the psychological attacks that have been waged upon us, and finally, see what is very plain to be seen – that COVID-19 is a hoax – we will not progress and we will remain in the nightmarish dystopia that has been thrust upon us.
https://www.henrymakow.com/2021/06/gary-jordan—there-is-no-coro.html

11 Responses to “Gary Jordan – There is No Coronavirus”