The Spike Protein Is a Bioweapon

Because the synthetic mRNA in the vaccine has been programmed to instruct your cells to produce an unnatural, genetically engineered spike protein. Specific alterations make it far more toxic than that found on the virus itself. Mikovits goes so far as to call the spike protein a bioweapon, as it is a disease-causing agent that demolishes innate immunity and exhausts your natural killer (NK) cells’ ability to determine which cells are infected and which aren’t.

In short, when you get the COVID-19 vaccine, you are being injected with an agent that instructs your body to produce the bioweapon in its own cells. This is about as diabolical as it gets.

In her paper, “Worse Than The Disease: Reviewing Some Possible Unintended Consequences of mRNA Vaccines Against COVID-19,” published in the International Journal of Vaccine Theory, Practice and Research in collaboration with Dr. Greg Nigh,16 Seneff explains why the unnatural spike protein is so problematic.

What’s more, because the RNA code has been enriched with extra guanines (Gs) and cytosines (Cs), and configured as if it’s a human messenger RNA molecule ready to make protein by adding a polyA tail, the spike protein’s RNA sequence in the vaccine looks as if it is part bacteria,17 part human18 and part viral at the same time.

There’s also evidence suggesting the SARS-CoV-2 spike protein may be a prion, which is yet another piece of really bad news, particularly as it pertains to vaccine-induced spike protein. Prions are membrane proteins and when they misfold, they form crystals in the cytoplasm resulting in prion disease.

Since the mRNA in the vaccines has been modified to spew out very high amounts of spike protein (far greater than that of the actual virus), the risk of excessive buildup in the cytoplasm is high. And, since the spike protein doesn’t enter into the membrane of the cell, there’s a high risk that it can become problematic if indeed it works like a prion.

Remember, the research cited by Bridle at the beginning of this article found the spike protein accumulates in the spleen, among other places. Parkinson’s disease is a prion disease that has been traced back to prions originating in the spleen, that then travel up to the brain via the vagus nerve. In the same way, it’s quite possible COVID-19 vaccines may promote Parkinson’s and other human prion diseases such as Alzheimer’s.

What Are the Solutions?

While all of this is highly problematic, there is help. As noted by Mikovits, remedies to the maladies that might develop post-vaccination include:

From my perspective, I believe the best thing you can do is to build your innate immune system. To do that, you need to become metabolically flexible and optimize your diet. You’ll also want to make sure your vitamin D level is optimized to between 60 ng/mL and 80 ng/mL (100 nmol/L to 150 nmol/L), ideally through sensible sun exposure. Sunlight also has other benefits besides making vitamin D.

Use time-restricted eating and eat all your meals for the day within a six- to eight-hour window. Avoid all vegetable oils and processed foods. Focus on certified-organic foods to minimize your glyphosate exposure, and include plenty of sulfur-rich foods to keep your mitochondria and lysosomes healthy. Both are important for the clearing of cellular debris, including these spike proteins. You can also boost your sulfate by taking Epsom salt baths.

To combat the toxicity of the spike protein, you’ll want to optimize autophagy, which may help digest and remove the spike proteins. Time-restricted eating will upregulate autophagy, while sauna therapy, which upregulates heat shock proteins, will help refold misfolded proteins and also tag damaged proteins and target them for removal. It is important that your sauna is hot enough (around 170 degrees Fahrenheit) and does not have high magnetic or electric fields. 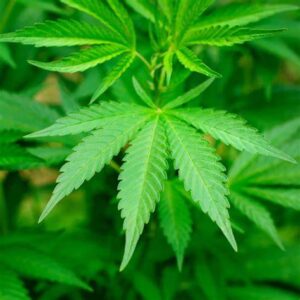