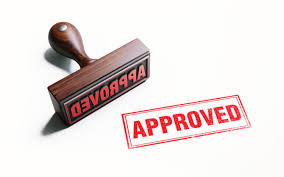 A freedom of information request made to Australia’s drug regulator has revealed they have never seen the extremely limited study data for the Pfizer / BioNTech vaccine despite giving it emergency approval and deeming it safe to be injected into the arms of Australians.

The freedom of information request (FOI) request was made by a doctor who is a part of the ‘Doctors for Covid Ethics’ group, who were recently censored on Twitter for quoting a Daily Expose article in which we confirmed two WHO whistle-blowers had given testimony to Dr Reiner Fuellmich of the Investigative Corona Committee.

1 – Did the TGA request the raw data from Pfizer

The reason for the request was due to concern over the validity and verifiability of Pfizer’s data given its legal history, a concern also shared by Peter Doshi in the BMJ in February, as well as the proven concerns over fraudulent data relating to Covid-19 as seen in the “Lancetgate” scandal of June 2020.

The TGA originally attempted to surpress the FOI request by requesting a 6-month extension in view of the amount of work required to respond satisfactorily. The doctor complained to the Office of the Information Commissioner who instructed the TGA to respond by the 26th May, however they still failed to meet that deadline.

Eventually the TGA responded producing a heavily redacted single study showing that the only investigation into the effects on the foetus was performed on 44 rats with no long-term data on the offspring.

Their response also confirmed that they had never seen or requested the patient data from Pfizer and simply accept Pfizer’s report of their study as fact, despite their proven history of fraudulent claims.

This means that when the head of the TGA John Skerritt said that “the safety evidence is pretty thorough” on the 6th February (here) he was lying to Australians who would have assumed, that the TGA had actually looked at the patient data themselves.

The full FOI request and responses from TGA can be viewed here.