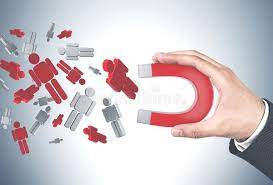 As I said earlier (and worried about) the effect is spreading to the whole body. I will repeat: There is no way a shot that is 1 ML in volume could cause this from what is in the shot itself. People’s bodies are being mined for iron and it is being assembled by the cells in a way that is causing this. And even aluminum sticks.

When I said your body is being made to produce something that is a tech we were never allowed to have, (but obviously we had it if not only is it being shown by all of this, but they could actually get the body to make it) I MEANT IT. This is a stolen and hidden tech. And now I will expain this in an un-trollable way:

Trolls immediately stated that it was a frequency, and induction was causing non-magnetic materials to stick, which can be explained via tech we already have. Now, though it is true that there are indeed inductive systems that can use induction to draw non-magnetic metals to them, the problem is that these systems have to be tuned to react precisely with what they are supposed to attract.

Your cell phone produces a frequency while transmitting, and NOTHING STICKS TO IT. Nothing sticks because the cell phone is not tuned to anything around it, for anything to stick that is not magnetic, it’s alloys, size, shape, thickness – EVERYTHING has to match before it can be inductively attracted , and then, that which is doing the attraction has to hit the EXACT frequency, wave shape and duty cycle to draw whatever was specially made for it to be attracted. That’s USELESS. It can be done, but is NOT DONE because there are better ways to do things. Here is an example of this being done with a plate that is tuned to the inductive element. This takes 800 amps at (undisclosed) volts to accomplish but it is probably 250 volts or more (hundreds of thousands of watts) and is good only for a parlor trick. Clearly this is not what we have going on with the vaxxed. There’s so much EMF from the example I linked it keeps the light bulbs lit.

It would take an enormous pile of power to cause inductive attraction to non-magnetic metals, an impossible amount to ever express within the body without vaporizing people. There is therefore, without any possible alternative explanation, tech at play with that vax that we were never allowed to have, but probably had all along, probably since Tesla.

Too much power needed + tuned systems required = this is not induction, it is stolen/hidden tech. TR3-B stuff. The “UFO’s” are probably recreational vehicles for the “elite”.

I have alway suspected that is what has been going on, but the vax confirms it, there really is an “all new” tech at play with that vax. And when I say “elite” I am not talking George Soros, I am talking RED DOT. And someone decent sent a donation from beneath the red dot yesterday!!! Oh, I should probably state there’s a red dot North and a red dot South, with the southern red dot being Israel but they really can’t do a whole lot directly from Israel, they are, as with all things, using a proxy.

The bottom line is that tuned systems that use a lot of power are needed (with conventional tech) to make anything non-magnetic stick. If random pieces of metal are sticking to people who got that shot, it proves, in no uncertain terms, that we got robbed of our best tech and having it show up in a kill shot sure is a sh*tty way to find out.

Another reader said the shot is probably setting us up to be killed by an EMP.

My comment: That is probably not too far off the mark, but it won’t go exactly that way.

But there’s more to this story –

5G frequencies are high enough to couple with those tiny iron spikes the vax causes your cells to build. And I mean they’ll couple PERFECTLY. So I’ll tell you a different scenario that could happen –

Your 5G phone is likely to ping the magnetic particles in your body and map your body out. There’s enough processor power available in 5G phones for them to map where the particles are in you. And it will know what particles are in your brain and what brain functions those particles can control. And then it will own you. It will be able to place everything from thoughts to your heart rate – and forcing body movements – the whole 9 yards, but there’s even worse that will be possible –

Let’s say you are one tough cookie and are able to overcome what you are being forced to feel, think, and do? Remember the phased array antenna these 5G phones have? You know – the part of the phone that can send off a beam so confined that it is referred to as a pencil beam? Let’s say you cannot be forced to “behave”. What’s going to happen if they decide to off you because of it? With all those iron particles in your brain cells, it will be possible for a 5G phone to send out a 100 watt or more pencil beam to specific particles in a small part of the brain, heat that area up, and burn it to death.

SORRY, I AM AN IDIOT, because cell phones don’t have that kind of power, RIGHT?

Well, in the published specs they obviously do not. But has any manufacturer openly talked about ANY of the back doors they are forced to put into tech items? We all know they are there, and occasionally hackers find them, that’s what exploits and viruses are all about – I’ll just say it straight:

Once you are dealing with the kinds of frequencies 5G operates at, the sky is the limit for the power levels a small device, operating on a super powerful high delivery lithium ion battery can put out. There is literally no limit. My guess is 100 watts would be easy to do. The actual number is probably higher. And with that, they could simply cut your brain in half if that signal had anything to interact with. After the vax, it definitely does.

Conventional EMP would not be a problem. But that in no way means there is no problem.