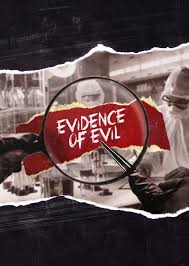 and that’s approximately the ratio of “I am fine” to maimed they need to keep their plausible deniability afloat.

Here is what happened: A youtuber set up a “magnet challenge” site on a public street, telling people to test to see if the magnet sticks to their arm after the shot. 15 people were tested and 6 had the magnet stick. Since they probably go by rounded numbers (that’s the most logical way to do it) 4 out of 10 jabs is the actual shot. That’s why they need endless repeat vaccinations, to make sure they get everyone. And my guess is that if the first shot is the real one, records are kept to make sure the second shot is the real one.

Wow, the first two covid shots did nothing to me, but that third one kicked my butt.” Reply: It did not. You are a paranoid anti science hick!!!

If Youtube decides to ban the embed, copy and paste this text into your browser, do not click the link. https://www.youtube.com/watch?v=jazZkKQtGS4

The above was done in a confirmed and organized way. There’s no way to debunk this now.

I’ll also add that the way people reacted when they discovered the magnet sticks is typical of rock stupid leftists.

A lot of errors or intentional disinfo about the magnetic vax

This is not a re-post, it is an effort to say this a lot more clearly to circumvent rampant and fraudulent trollage on this topic which is exploding.

An enormous pile of people are inventing theories about how the magnetic vax vids are possible. The refrigerator magnets won’t stick to anything across a distance unless it’s a solid sheet of metal, or so much metal in one spot it amounts to a solid sheet. The magnetism at the vax site therefore cannot be caused by a 1 ML vax directly. So what is happening? Consider the strokes and clots people are having. There’s LOTS of iron in the blood to be had, and the clotting is being caused by the blood getting attacked for it’s iron, which then, somehow gets returned to the injection site.

That is the ONLY way this can be happening. Absolutely the ONLY way. All other theories are FALSE.

False theories will be spread for these purposes: 1. To make people believe there might be a medical reason for this, like tracing who’s been vaxxed with an MRI. That way, the people who did this don’t have to admit they caused 10 million strokes by attacking the blood directly.

2. To make people think they probably are not being tracked full time.

3. BIG ONE: To make people believe that they can detect the magnetism by putting a magnet up to the vax itself while it is still in the vial. That way, anyone can put a magnet up to the vax, prove there’s no reaction, and call B.S. on the whole thing because that would discount the mechanism of action which causes the magnetisim to happen in the first place, which is a direct attack on the blood, proven by all the clotting.

4. The fourth reason is because there’s clearly not enough material in the vax itself to build a widespread structure in the body that could attract even a weak refrigerator magnet, and therefore claiming the vax itself is responsible can be debunked if you ignore the fact that the actual magnetic material was taken from the blood.

Let’s look at this through the eyes of a farmer. A not nice at all one, to boot.

Let’s say you have a farmer that does not care at all about his cattle, in fact, he thinks he has too many. So many he can’t keep track of them all, so he’d just as soon see them dead because they keep stripping the nearby mountains of vegetation. They are all “useless eaters”. He’d like to keep a few, but wants them identified. He does not want to corral them because he can’t. There are too many. AND FIRST AND FOREMOST, he’s a CHEAP BASTARD.

What does he do? He formulates a shot that in reality costs about 15 cents to make, and it’s crude, not proven, he knows he’s going to kill and maim but he does not care. The shot does what it does by mining the bodies of the cattle directly for the materials it needs to build inside the body something the farmer wants there. The shot will kill or wreck a bunch and cause the bodies of those that do survive to build a tracking system via genetic modification, that will make all the survivors easy to keep track of.

That’s probably what we are really looking at. And trolls are out in force inventing all kinds of crap that fails to answer the basic question: How the hell can a 1CC shot attract a refrigerator magnet weeks afterward? Answer: It cannot, unless the cattle story is true.