Five million people – about eight per cent of those who took a first dose of the shot – failed to show up for their second dose appointments, according to the CDC. 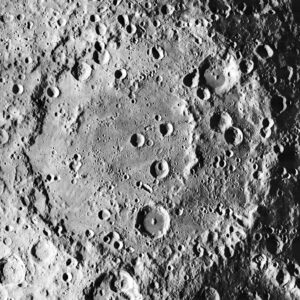 As a result, excess vaccine stock has been piling up across the country. Chairs sat empty at a Philadelphia mass vaccination site where 4,000 unused doses of vaccines were due to expire. A million doses, representing one out of every four sent to Louisiana by the federal government, were sitting on shelves. One Wyoming county asked the state to stop shipping vaccines because it had a surplus of 20,000 shots; North Carolina closed its vaccination clinics for lack of demand.

“For the first time ever, we’ve had appointments at many vaccination sites that have not been filled,” said Los Angeles County Public Health Director Barbara Ferrer during a news briefing last Thursday.

“There [are] a lot of people around here who … I don’t think they want to take the vaccine,” chuckled Ralph Merrill, an engineer who sits on an Alabama county board.

Numerous mainstream media fretted about “vaccine hesitancy,” blaming it on COVID-19 denialism, “conspiracy theories,” and QAnon followers, Trump supporters, and minority mistrust of the government with its brutal history of racist eugenics. No one mentioned that some people just don’t think the vaccine works. The mainstream media simply ignored Yale Professor of Epidemiology Harvey Risch, for example, who revealed that the majority of people now coming down with COVID-19 have been vaccinated against the virus.

Nor did they mention the leading reason for vaccine refusal cited by 45% of those in a March poll conducted by the Delphi Group for Facebook researchers, which is fear of side-effects, however. With reported adverse events at 118,746 total in the U.S. alone, including 3,410 deaths and 1,595 permanent disabilities, it is a legitimate deterrent. So is the abrupt halt of AstraZeneca’s vaccine for its high rate of blood clots, and the pause of Johnson & Johnson’s vaccine.

The leading reason for vaccine refusal cited by 45% of those in a March poll conducted by the Delphi Group for Facebook researchers is fear of side-effects. With reported adverse events at 118,746 total in the U.S. alone, including 3,410 deaths and 1,595 permanent disabilities, it is a legitimate deterrent.

Many people simply fear the novel vaccine more than the novel virus which, according to the CDC, has an overall 99.4% survival rate for those aged 50-65 who get the infection. The odds go up as people get older but decrease if people are younger. For those under 18, the coronavirus fatality rate estimated by the CDC is 0.00002, which translates into a 99.98% COVID survival rate. In fact, for those under 18, the lifetime odds of being struck by lightning are higher than the odds of dying of the virus.

Nevertheless, President Joe Biden said Tuesday that now that the bulk of the vaccinated are seniors – 85% of whom have gotten at least their first vaccine dose – he wants 70% of all Americans to get their first dose by July 4. He specifically pitched the jab to youths and announced his administration would be sending the vaccines to pediatricians to dole out over the coming weeks.

“Getting vaccinated not only protects you but reduces risk of giving the virus to somebody else,” Biden said, employing a classic line of “social marketing” script from a global industry of behavior change experts compelling people to take the shot.

“[P]ublic health experts know that the last inch – getting the vaccine from vial to arm – can be the hardest,” according to the Vaccination Demand Observatory

The Observatory was established by a group called the Public Good Projects (PGP) which “designs and implements large-scale behavior change programs for the public good,” UNICEF – which has received $86.6 million from the Bill and Melinda Gates Foundation since 2020 – and the Gates-subsidized Yale Institute for Global Health. .

PGP was founded by Joe Smyser, a public health academic who trained at the CDC and has partnered with Google and Facebook. Its board members include executives from Merck pharmaceuticals, Pepsi, Levi-Strauss, the Advertising Council, Sesame Street, Campbell’s, and TikTok.

PGP’s website says that through “media monitoring and bots, grassroots social media organizing, or thought leadership, we deploy our considerable resources and connections to communication for change.”

Bots – or internet robots, also known as crawlers – can scan content on webpages all over the internet and create automated conversations and comments.

The supposed danger of the disease needs to be emphasized, because ‘If people perceive that they are at low risk of contracting COVID-19, or that the consequences of becoming infected will not be severe, they will be less willing to get vaccinated.’

The group has promoted vaccines before. It developed the #StopFlu campaign, recruiting 120 “‘micro’ social media influencers” in the “African American and Latinx communities across eight states” and giving them prompts to sell their audiences the ideas that flu is a serious problem and that healthy people need flu shots.

PGP’s Observatory says it aims to “mitigate…mistrust on all vaccines.” Awash in Brave New World speak, the program’s “three pillars” are “social listening analytics,” a training program, and a “Vaccine Acceptance Interventions Lab” (VAIL) to “draw upon behavioral and social research and insights from social listening” and to develop “inoculation messages to vaccinate people against vaccine misinformation.” These would be “rapid field tested for tone, format and behavior change impact before being implemented.”

In 2020, the World Health Organization (WHO) created a new public health field called “infodemiology” – the “science of managing infodemics.” PGP and UNICEF are leading the “Field Infodemiologist Training Program (FITP)” based in UNICEF country offices, government offices, and offices of other “multilateral partners” to train “field infodemic managers” to conduct “public health surveillance for misinformation” and provide “community support in “misinformation outbreaks.

Among the huge network of organizations and programs involved in the vast mass marketing of vaccine demand – besides the WHO, CDC, UNICEF, PGP, and Yale – key orchestrators include:

In the world of “infodemic management,” one will inevitably come across the name of Jeff French, Professor at Brighton University and author of Strategic Social Marketing: For Behaviour and Social Change, whose text is referenced in most of the guides to mass marketing vaccines. French published a paper in July 2020 with the pandemic just a few months underway and a vaccine reportedly still unavailable for years to come about “Pre-Emptive COVID-19 Vaccination Uptake Promotion Strategy.” His tips have evidently inspired much of the standard pandemic vaccine sell:

Behavior modification and operant conditioning techniques are a frequent theme of French’s writings; a 2014 paper he wrote for the European Centre for Disease Prevention and Control on vaccine uptake said “behavioural interventions should seek to reward desired behaviours and when appropriate penalise inappropriate behaviour.”

A range of playbooks for public health agencies and “stakeholders” on strategies to make people take the shot follow on French’s instructions. The World Health Organization issued a “technical advisory” on the heels of French’s guidelines called Behavioral Considerations for Acceptance and Uptake of COVID-19 Vaccines in October, still two months before a shot was even available. Some of its advice is sounding very familiar now: