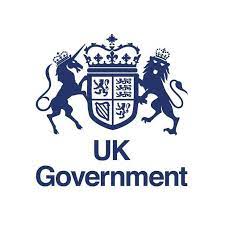 You don’t think things are going to go back to normal on the 21st June 2021 do you? The evidence is mounting to the contrary and the latest piece of the puzzle has cost the British tax-payer £320 million.

Previous pieces of the puzzle have come in the form of a document produced for the UK Government entitled ‘Summary of further modelling of easing of restrictions – Roadmap Step 2’, and a contract currently out for tender for the employment of ‘Covid Marshals’.

The former declares that a third wave is inevitable and that it will be the fault of children and those who refuse the experimental Covid-19 vaccines. Whilst the latter confirms that Covid Marshals will be employed from the 1st July 2021 until the end of January 2022 at the earliest, to the tune of £3 million of tax-payers money.

The latest evidence that things will not be returning to normal on the 21st June 2021 comes in the form of a contract which has been awarded to a single company, costing the British tax-payer £320 million. The contract has a start date of 1st April 2021 and is due to run until the 31st March 2022. It’s stated purpose? “The provision of Media buying services for COVID 19 campaigns.”.

The three new appointees have certainly struck gold rather quick. We wonder if these people have any ties or links to any members of Boris Johnson’s current Cabinet? Track record would suggest so.

The Government has already spent hundreds of millions of tax payers money since March 2020 to advertise the fact that there is a pandemic and now plan to carry on the tradition for at least another year. The question is, if there was really a deadly pandemic would authorities need to advertise it?

The answer of course lies in the fact that this has never been about a virus, and has always been about control. This £320 million contract is to fund propaganda and maintain the level of fear that they have created in a large amount of the UK population.

The contract also explains why the mainstream media have remained largely silent and toed the line at all times in regards to the narrative being portrayed by the UK Government and their circle of scientific advisors. It would cost them millions of pounds in advertising fees if they refused to do so.

Think things will go back to normal on the 21st June 2021? Think again. This won’t end until we all say it does.