In September 2011 Electric.co.uk news reported that a study carried out over a 12-month period looking at thousands of families who were using smart meters found that these smart meters had a very little impact on energy consumption.

In March 2016 the intelligence agency, GCHQ, intervened in the rollout of smart meters to demand better encryption to protect UK electricity and gas supplies. GCHQ recommended that the system be re-visited after spooks cast their eyes over the plans and realised that power companies were proposing to use a single decryption key for communications from the 53 million smart meters that will eventually be installed in the UK.

The agency was concerned that the glaring security weakness could enable hackers, once they’d cracked the key, to gain access to the network and potentially wreak havoc by shutting down meters en masse, causing power surges across the network. The security flaws would have been particularly catastrophic as the UK’s expensive smart metering system doesn’t just automate meter reading. It enables power companies to engage in power management and even to cut people off remotely if they haven’t paid their bills.

The £11bn scheme is expected to save consumers £26 per year, notwithstanding the £30 cost of a proprietary wireless device to get minute-by-minute readings direct from the meter.

In other words, the UK has opted for an insecure smart metering system that is one of the most expensive, while offering the least scope for savings. Though, in 2017, reports of very high daily bills, up to £30,000 a day were reported. On Sunday, a woman from Portsmouth reported that her meter stated she was on £36,448.29 for the week – far beyond the daily £3.80 her family usually use (BBC news 5th March 2017). SSE apologised and said no customers would be charged “the extra amounts resulting from errors”.

In experiments on smart meters carried out by Professor Frank Leferink of the University of Twente in 2016, five of the nine meters gave readings that were much higher than the actual amount of power consumed. Indeed, in some setups, these were up to 582 percent higher. The greatest inaccuracies were seen when dimmers combined with energy saving light bulbs and LED bulbs were connected to the system.

We just moved house to find a smart meter installed on the outside wall.   Oh shit! was my first reaction.  In our last house we paid £60 a month for gas and electric.  This house is a bit bigger so maybe £100 might be a reasonable sum to expect to pay each month.  A letter arrives from Utility Point saying we had consumed no less than £186 in our first 12 days, based on Estimated Useage.  And if we didn’t pay the bill we would face further collection costs.  This was the first we knew of these charming people from Utility Point as we had no idea they were supplying the property previously.  We asked our previous supplier Octopus at our last address (who always seemed OK) to take over the supply at our new address which they said they were happy to do.

Utility Point however blocked our transfer to Octopus saying we hadn’t paid their lovely estimated bill.  Unable to get any change from the usual call centre operators who seemed jaded from dealing with long days of talking to angry customers, I called their Litigations department and asked their lawyer why we couldn’t have a bill based on the meter readings which were taken as we entered the property and I was reading now (didn’t they have a SMART meter so why were they estimating? I asked).  These would have given a much lower bill.  He said that the readings could not be changed without an appeal to the Industry Body and might take a month.  However he said if I would pay £238, he would release our move to Octopus and unblock the account.  I doubt we have used even half that amount as the heating has been off.  In fact £38 for 12 days would have been more likely.  There is only a fridge/freezer on and lights and TV in the evening.  But never mind, I was sick of these people.  I paid his demand and he released us to go.

I have since called out an electrician to instal an internal meter so I won’t be needing to ask the SMART meter how much power we’re using.  The previous owner had notified Utility Point the meter was over estimating usage.  But never mind that.  Utility Point wanted to charge double the meter readings at an emergency rate as we didn’t have a contract with them.  Seriously who would want a contract with such people who introduce themselves with threats, lies (about the amount of power used) and other casually thrown in misinformation?

The other factor is the emfs (radiation) coming out of the useless device.  It keeps my radiation meter gurgling and spluttering through the day when I run tests on it.  The worst noises and signal comes through our windows.  As bricks seem to lessen the noise and the irradiation of our family, I was thinking of bricking it up!  I’ve also found fine copper mesh earthed lessens the noise on the meter, which converts radiation to sound as a Geiger meter does.  I can’t put copper mesh over the windows, so inside the brick cabinet I will make a wooden frame lined with fine copper mesh earthed.

Utility Point said that they installed the SMART meter a few years ago.  They’d be most welcome to come and take it away again along with themselves.  And that believe me is putting it politely. 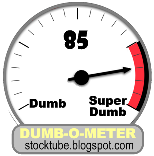 2 Responses to “SMART meters are the dumbest idea since dumbness began. 5 out of 9 give readings much higher than the amount consumed.”