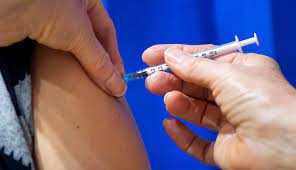 REPEAT: I have definitely figured out why the covid vaccine is causing blood clots

They are claiming the spike protein does it and yada yada. That’s not it at all. The real reason why the covid vaccine is causing blood clots is because the only readily available metal in your body is the iron in the blood, and the vaccine has nanobots that are attacking the blood to get that iron so they can build something with it. And your body has been re-programmed genetically after the shot to produce more nanobots, which attack the blood more.

The shot is the most sinister thing ever done out in the open, while in secret.

I have already stated that once the magnet topic went viral, they’d then get tough and make the shot MANDATORY. And that’s exactly what they are trying to do, if people can’t be suckered into it they will be forced into it. Already more than 200 colleges have made the vax mandatory for attendance. It is not yet illegal to not be vaccinated, but they are going to try it, just wait. And the reason is because when people see the results of the vaccine in a tangible way which a magnet sticking to someone definitely is, they are going to resist, and that resistance will be met with force

We are only at the beginning of this, but it is clear the clotting is happening because the blood is attacked by the vaccine so something metallic can be built at the injection site, (or wherever else the vax is programming people’s bodies to build things,) and that’s not known yet – however, when you look at how wide an area some of these injection sites are being built out to, it is becoming obvious that whatever is being built might start cutting off blood flow to the surrounding tissue, and if that progresses far enough, the surrounding tissue will die. We are probably a few months away from seeing huge and open sores on people from the vax. Simple rationality says so.

The world will soon change in huge ways no one ever thought or dreamed of. The genie is out of the bottle, that vax has already fundamentally changed those who received more than saline. Since when have people had a magnetic spot? That’s a fundamental change in their existence. This won’t end well, bet on it.

The Magneto protein reports are legit, the vax is clearly for remote mind control

100 percent of the information in the quoted report below is from 2016 or earlier, they had time to work on this. This is what the vax is, obviously.

This would be the end of free agency, and a reason for the Lord to return –

From The Guardian, in 2016 (which means this tech is older than that)Genetically engineered ‘Magneto’ protein remotely controls brain and behaviour

Researchers in the United States have developed a new method for controlling the brain circuits associated with complex animal behaviours, using genetic engineering to create a magnetised protein that activates specific groups of nerve cells from a distance. In recent years, researchers have developed a number of methods that enable them to remotely control specified groups of neurons and to probe the workings of neuronal circuits.

Several earlier studies have shown that nerve cell proteins which are activated by heat and mechanical pressure can be genetically engineered so that they become sensitive to radio waves and magnetic fields, by attaching them to an iron-storing protein called ferritin, or to inorganic paramagnetic particles. These methods represent an important advance – they have, for example, already been used to regulate blood glucose levels in mice – but involve multiple components which have to be introduced separately.

The new technique builds on this earlier work, and is based on a protein called TRPV4, which is sensitive to both temperature and stretching forces. These stimuli open its central pore, allowing electrical current to flow through the cell membrane; this evokes nervous impulses that travel into the spinal cord and then up to the brain.

Guler and his colleagues reasoned that magnetic torque (or rotating) forces might activate TRPV4 by tugging open its central pore, and so they used genetic engineering to fuse the protein to the paramagnetic region of ferritin, together with short DNA sequences that signal cells to transport proteins to the nerve cell membrane and insert them into it.

When they introduced this genetic construct into human embryonic kidney cells growing in Petri dishes, the cells synthesized the ‘Magneto’ protein and inserted it into their membrane. Application of a magnetic field activated the engineered TRPV1 protein, as evidenced by transient increases in calcium ion concentration within the cells, which were detected with a fluorescence microscope.

Next, the researchers inserted the Magneto DNA sequence into the genome of a virus, together with the gene encoding green fluorescent protein, and regulatory DNA sequences that cause the construct to be expressed only in specified types of neurons. They then injected the virus into the brains of mice, targeting the entorhinal cortex, and dissected the animals’ brains to identify the cells that emitted green fluorescence. Using microelectrodes, they then showed that applying a magnetic field to the brain slices activated Magneto so that the cells produce nervous impulses.

To determine whether Magneto can be used to manipulate neuronal activity in live animals, they injected Magneto into zebrafish larvae, targeting neurons in the trunk and tail that normally control an escape response. They then placed the zebrafish larvae into a specially-built magnetised aquarium, and found that exposure to a magnetic field induced coiling manouvres similar to those that occur during the escape response. (This experiment involved a total of nine zebrafish larvae, and subsequent analyses revealed that each larva contained about 5 neurons expressing Magneto.)

In one final experiment, the researchers injected Magneto into the striatum of freely behaving mice, a deep brain structure containing dopamine-producing neurons that are involved in reward and motivation, and then placed the animals into an apparatus split into magnetised a non-magnetised sections. Mice expressing Magneto spent far more time in the magnetised areas than mice that did not, because activation of the protein caused the striatal neurons expressing it to release dopamine, so that the mice found being in those areas rewarding. This shows that Magneto can remotely control the firing of neurons deep within the brain, and also control complex behaviours.

Neuroscientist Steve Ramirez of Harvard University, who uses optogenetics to manipulate memories in the brains of mice, says the study is “badass”.

My comment: This tech is old. Old enough for all of this to be said in a 2016 report. Once this was discovered, there’s little question Gates and others got to work to immediately figure out how to make a shot which when injected in the arm was able to build whatever was wanted in the brain. The shot probably commands the body to produce nanobots that build whatever they want, wherever they want and it has to attack the blood to get the iron for the magneto protein thus resulting in clots.

And more – the covid swabs which swabbed the cribriform plate which is right on the brain probably had this tech in them too.

Whatever this shot does probably connects to 5G, just like everyone feared.

2 Responses to “One hour of Covid shots detected by stud finders, metal detectors and magnets”