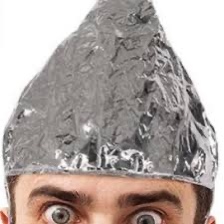 I noticed this comment on the bottom of a whatsherface video on youtube, and felt it was worth sharing.