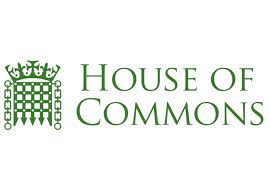 A Whitehall source directly linked to the Covid Response has said that the UK Government have already structured a detailed plan designed to neutralise each stage of lockdown easing, including the compliance of media outlets to help spread fear.

The Whitehall source has said that he has been “increasingly concerned” with how the Government are behaving, and that their “relationship with the truth” is now not even on nodding terms. The latest plan will involve a series of ‘crisis’ around drug supply; mutant strains; and third waves, specifically choreographed to condition the public for further lockdowns and vaccine passports.

The plan, that according to the source is designed to take us to September 27th 2021 is to be released in stages over the summer months and, according to the Whitehall source, is already ‘well underway’.

On March the 8th, the first milestone of the roadmap was implemented, with school children finally returning to class. The following day Chris Whitty gave a pre-written speech to the Commons that said schools reopening would cause another surge in the virus and ended it with “Let me be clear, many, many more people will die before this is over” the soundbite obligingly repeated on every news outlet, with BBC news having it on-loop all day.

On March the 29th, the second milestone of the roadmap was implemented. The Government said – “The evidence shows that it is safer for people to meet outdoors rather than indoors,”. This is why from the 29th March, when most schools start to break up for the Easter holidays, outdoor gatherings (including in private gardens) of either 6 people (the Rule of 6) or 2 households will also be allowed, making it easier for friends and families to meet outside.

The next day (March 30th) the AstraZeneca Vaccine was again stopped due to blood clots fears, despite the medicine’s regulator clearing it only the previous week. Whilst Boris Johnson repeated what he’d said the previous week that the mutated virus on the continent would inevitably “wash up on our shores”.

On April 19th, the third milestone saw pub gardens, and non-essential shops reopen. Followed immediately by news of a second vaccine being halted for fear it was causing blood clots and the discovery of the South African mutation said to be able to avoid them anyway.

The next milestone is due on May 17th with the Government relaxing social contact rules further and the opening of indoor venues. This will be followed by a story that the mutation is ‘more deadly than first thought’ and that young people are now also vulnerable to it, accompanied by the result of the vaccine passport trials have shown that they have a ‘positive effect on virus reduction’.

The final milestone is due on June 21st where ALL restrictions were promised to be lifted. This will not be allowed to happen. Vaccine passports / Track and Trace will be mandatory, as will masks and social distancing. The entire week of the 21st will be taken up by a third wave, which will suddenly be ‘rampant’, and this will be attributed to a new variant which they will declare is more deadly than the previous strains of Covid allegedly doing the rounds. This will be accompanied with yet more issues with vaccine supplies. Authorities will declare that one of the vaccines is effective against the deadlier strain, but a ‘problem’ with its manufacture will emerge.

The Whitehall source went on to say –

“All the measures are aimed at two things, vaccine passports and lockdowns starting next winter,

“The ultimate goal is to have the public, back in their box.

“Note that Boris is now talking down vaccine’s and bigging-up lockdowns, that wasn’t a mistake, that was all part of the plan”.

The plan also includes an ad campaign like the one seen at Christmas, the message this time will be that the pandemic isn’t over and vaccine passports are the ‘solution’.

Government insider says UK Gov. has a plan in place to continue Lockdown and the Mainstream Media are in on it

One Response to “Government insider says UK Gov. has a plan in place to continue Lockdown and the Mainstream Media are in on it”