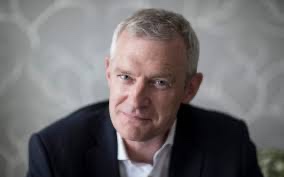 I decided to go fishing today. First time for two years. It’s expensive and I thought it might be stopped before I felt that I’d got my money’s worth, so I waited, but got fed up waiting and decided to risk it.  I bought a ticket, ie, I paid the landowner money to fish in water that wasn’t in his land more than an hour, for fish that are migratory. Did he make the land?, a whole different argument. Anyway, I was fishing. It started to rain heavily. I decided to retreat to my car for an early lunch. Nothing fancy, I’m easy to feed. A Scotch egg, a biscuit, and a can of Fanta. I popped the radio on. Let me be clear, I hate the BBC, but I don’t mind Ken Bruce and Pop Master. I switched on too late for pop master, but still Ken Bruce. Jeremy Vine who I detest came on. He was due on at 12, this was 11:30. He mentioned that the “Indian version”,  of the virus was attacking mostly the unvaccinated in Bolton. I thought in a way that has been made illegal by our thought police about the ethnicity of the population of Bolton but said nowt. He then , believe it or not, said that Andrew Lloyd Weber the Covid expert, or something,  said that the unvaccinated were as dangerous as drink drivers to the rest of the population. So there you have it. A Slimy BBC clown, and a guy who writes music, get to colour Britains radio audience’s perception on vaccine uptake. It’s how they roll folks,  Ian Mck’