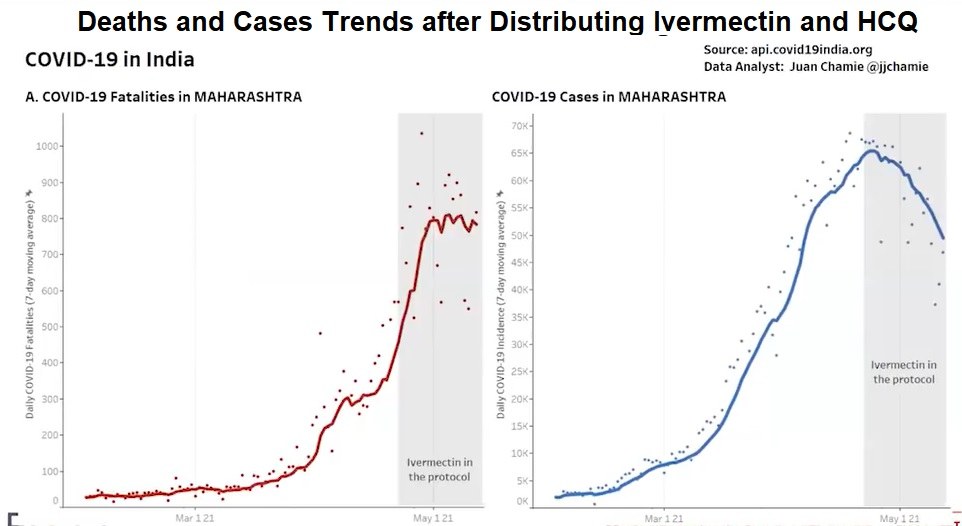 by The COVID Blog

India has received the baton for title of COVID Capitol of the World after China, Italy and the United States held it for much of last year.

The world second-most populace country after China had fewer than 138,000 total active COVID cases in early February 2021. That’s the lowest figure since January 2020. India active COVID cases sit around 3.6 million today, according to the India Ministry of Health and Family Welfare. Mainstream media are blaming the massive spike on a “scary, mutant variant” called B.1.617. 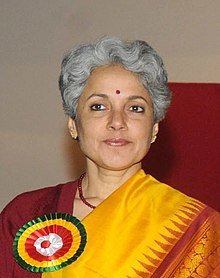 Said media are also speculating whether or not the “vaccines” will work against the variant. Only about 2.8% of India is vaccinated. Have no fear. Ivermectin and hydroxychloroquine are here.

The India health ministry updated its guidelines on April 28 for quarantines, treating the asymptomatic and those with mild symptoms of COVID-19. The agency now says that asymptomatic patients should “consider Tab Ivermectin (200 mcg/kg once a day, to be taken empty stomach) for 3 to 5 days.”

Caregivers of patients in quarantine are instructed to “take Hydroxychloroquine prophylaxis as per protocol and as prescribed by the treating medical officer.” See the full document here.

There are 292 studies (219 are peer-reviewed) proving the effectiveness of hydroxychloroquine as both a treatment and prophylaxis against COVID-19. Ivermectin has 93 studies (54 peer-reviewed) showing its effectiveness as treatment and prophylaxis against COVID-19. Despite the now-indisputable fact that these drugs essentially kill COVID-19 within hours or days, the Bill Gates-funded World Health Organization (WHO) and big pharma are having fits over India’s new guidelines and the results.

WHO Chief Scientist Soumya Swaminathan tweeted on May 10 that her organization recommends against the use of Ivermectin for COVID-19. She deleted the tweet shortly thereafter. Swaminathan, who happens to be Indian, cited a February press release from Merck, the company that discovered and once owned the long-expired patents on Stromectol (aka Ivermectin). The company wrote that there is “no meaningful evidence” and “no scientific basis” for using Ivermectin to treat and prevent COVID-19. Merck is one of the top donors to the CDC Foundation, as is the now-merged Pfizer/GlaxoSmithKline corporation.

Dr. Pierre Kory is the chief medical officer of the Front Line Covid-19 Critical Care Alliance. Mainstream media label the good doctor as “misinformation.” He is best known for his Congressional testimony about Ivermectin. Dr. Kory did a live Zoom conference this week showing just how effective Ivermectin and hydroxychloroquine have been since India implemented the changes in its policies.

Here are the data from the state of Maharashtra in the two weeks since Ivermectin.

Here are the data from Delhi.

The same thing happened in Mexico when it started using Ivermectin.

Check out the full video below. (Editor’s note: The original video is on YouTube where this kind of information tends to disappear, so we have it on our Bitchute channel, and it should be on our Rumble channel also shortly.)

Read the full article at The COVID Blog. 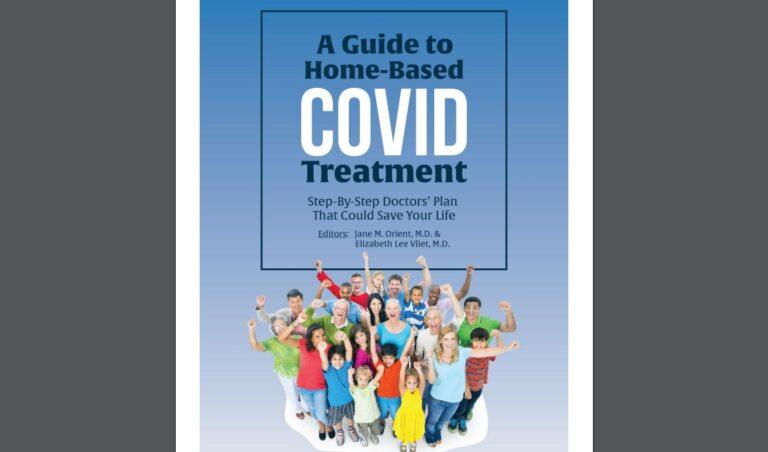 There is a home treatment protocol that includes Ivermectin that was published by the Association of American Physicians and Surgeons that you can download for free here.