Authored by Gordon Chang via The Gatestone Institute, and ZeroHedge

China is scouting for a naval base on the west coast of Africa. In the near future, therefore, Chinese ships could be regularly patrolling off America’s East Coast. 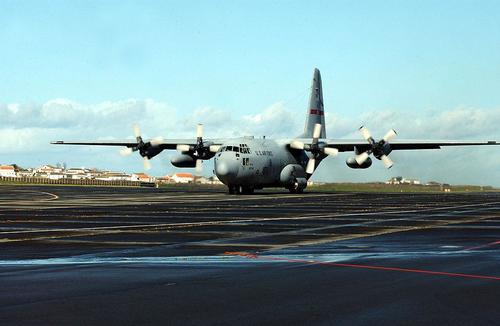 In recent testimony before the House and Senate Armed Services Committees, General Stephen Townsend, commander of U.S. Africa Command, has been sounding the alarm.

At the moment, China’s only offshore military base is in Djibouti, on the Horn of Africa. The facility is near some of the world’s busiest shipping routes, including those going through the Suez Canal.

Townsend believes the People’s Liberation Army Navy is surveying locations on Africa’s west coast, from Mauritania in the north to Namibia in the south.

“Now they’re casting their gaze to the Atlantic coast and wanting to get such a base there,” the general told the Associated Press.

Africa is important in its own right.

“Located at the crossroads of the world, Africa watches over strategic choke points including the Strait of Gibraltar, the Strait of Sicily, the Red Sea, the Bab al Mandeb, and the Mozambique Channel,” General Townsend pointed out in a publicly released 2021 Posture Statement for Congress.

“The land mass of Africa is larger than the United States, China, India, Japan, and most of Europe combined.”

The African continent is home to 11 of the 25 fast-growing economies and is the world’s most demographically vital region.

Chinese planners are not only thinking of the continent, they are also eyeing islands in the Atlantic, specifically Terceira, one of the Azores.

On that island, part of Portugal, there is a port and, of even greater interest, Air Base No. 4. Better known as Lajes Field, the facility is jointly operated by the U.S. Air Force and its Portuguese counterpart.

If China controlled the base, the Atlantic would no longer be secure. From the 10,865-foot runway there, Chinese planes could patrol the northern and central portions of the Atlantic and thereby cut air and sea traffic between the U.S. and Europe. Beijing would also be able to deny access to the nearby Mediterranean Sea.

Pentagon budget cutters have been scaling back activities at Lajes, making it a “ghost base.” As a result, Lajes is ripe for China to take it over.

Whether China takes over Lajes or not, China’s plans for Africa are clear. As Bradley Bowman of the Foundation for Defense of Democracies told the Washington Times this month, “It’s just a matter of time before you have regular surface and subsurface Chinese naval vessels in the Atlantic.”

An Atlantic base “would let China make mischief for the United States in its own hemisphere,” James Holmes of the U.S. Naval War College told Gatestone.

“It could siphon some U.S. forces from the Western Pacific to the Atlantic, easing the pressure on China in the East China Sea, Taiwan Strait, and South China Sea. It would distract and stretch us to Beijing’s benefit.”

Worse, China could then target the American homeland. Lajes, for instance, is less than 2,300 miles from New York, shorter than the distance between Pearl Harbor and Los Angeles.

China could get a base even closer than that. About 90 miles east of Palm Beach, on Grand Bahama Island, a Hong Kong-based business is spending about $3 billion on a deep-water container facility, the Freeport Container Port.

That port is designed to take advantage of traffic from the recently expanded Panama Canal, but the concern is that the port will become another Hambantota. China in December 2017 took control of the Hambantota port in Sri Lanka, grabbing 70% of the equity and signing a 99-year lease after that project could not repay high-interest loans extended by China. China’s takeover was inevitable because Hambantota was, from an economic point of view, misconceived from the beginning.

Now there are concerns that Hambantota will eventually become a Chinese naval base. China’s admirals have long eyed Sri Lanka. In both September and October 2014, the Sri Lankan government allowed a Chinese submarine and its tender to dock at the Chinese-funded Colombo International Container Terminal.

Sri Lanka is perhaps the model for China’s militarization of the Bahamas. In addition to the overly large facility in Freeport, there is a Chinese-funded port on Abaco Island, also part of the Bahamas. The port in Abaco is essentially useless from a commercial point of view and could fall into Beijing’s hands.

China, therefore, could have two naval bases close to Florida, unless the Biden administration moves fast to block Chinese penetration of the Bahamas.

As Holmes points out, it would be a mistake to believe that countries in Africa or this hemisphere will not assert their own interests.

“It’s worth speculating about what response a Chinese presence would elicit from South Atlantic countries, not just ourselves,” he tells this site.

“Like other regional hegemons, Brazil has proprietary feelings toward regional waters, especially considering how much of Brazilians’ economic hopes depend on the offshore ‘Blue Amazon.’ ”

Holmes, the first holder of the J. C. Wylie Chair of Maritime Strategy at the Naval War College, suggests Brazil could act like India. In the Indian Ocean, India, with big ambitions, can determine outcomes close to its coast. “China,” Holmes says, “can’t automatically bully its way into a dominant position.”

At the moment, Beijing, deploying trade, investment, and other tools, bullies and intimidates countries in Africa and in Latin America and the Caribbean. America can counter, however, by working closely with capitals on both sides of the Atlantic.

Yet Washington needs to look beyond countries with ports. South and Central America and the Caribbean are important in their own right, as is Africa.

At the moment, America is, with trade and investment, strengthening a hostile Chinese regime, which has declared the U.S. to be its enemy. Last year, America’s two-way trade with China totaled $560.1 billion.

Washington, with incentives and disincentives, should redirect trade toward countries in Africa and the Western hemisphere so that the U.S. can build support for democracy instead of Chinese-style totalitarianism — and permit countries to be less reliant on Chinese cash.

That brings us back to the Chinese naval bases. Beijing, as evident from statements from its leaders, wants to rule the world. An interim step is controlling the Atlantic, the Caribbean, and the waters off the East Coast of the United States.