A war of stealth against the Scottish and Irish people.

A war so evil, none dare speak of it.

…THE SCOTTISH FUKUSHIMA investigates how a centuries-old fascination with ALCHEMY led the Royals to poison Scotland, Cumbria, Ireland, Norway, Denmark, France, the Isle of Man, Finland and Sweden.

A MILLION GALLONS OF TOXIC NUCLEAR WASTE have been spewing directly into the Irish Sea for DECADES – that’s one million gallons, every day, for years and years and years.

In this new film, CHRIS EVERARD reviews the leaks, fires and explosions which have triggered wave after wave of CANCER in Britain and Europe.

ATOMIC POWER was first postulated as being possible by readers of the ZOHAR Book of Light – one of the most important original Kabbalah texts. In fact, ‘Quantum Mechanics’ is the Zohar – and early cabalistic and alchemical manuscripts clearly show models of the ATOM – long before the ‘official’ diagram of an atom was publicised in the 1940s.

The idea that everything is made of atoms was first promoted by Jewish alchemists.

They were known to possess a secret of how to make gold.

At the Kings Library, Chris Everard delves into the manuscripts of ALCHEMY owned by the Royal Family – and how alchemy is a REAL SCIENCE and is practiced at nuclear plants such as Windscale every day…

One nuclear explosion in Scotland has been CENSORED from the news…

ALCHEMY is a real science and the origin of chemistry and chemical metallurgy. Zosimos was a fifth-century Greek historian who claimed that the Jews acquired the secrets of the “sacred craft” of ALCHEMY from the Egyptians.

He claimed their knowledge of the “power of gold” was derived by dishonest means. In ancient Greek manuscripts, which contain lists of writings on alchemy, a number of alchemic and magic writings are attributed to Moses.

One work is ascribed to Hoshea, king of Israel. Bezalel was also considered a proficient alchemist on the basis of Exodus 31:1–5. Moses of Alexandria, Egypt, w as another famous alchemist.  ALCHEMY developed as a science in the Islamic-proto-Arabian world mostly by Arabinized Jews.

These Jews became ‘Court Jews’ in Europe with the ear of the King or Queen granted to them because they claimed to be able to transmute lead into gold. In fact, the transmutation of metals happens hundreds of times a day at dozens of sites on planet earth – and that is the transmutation of URANIUM into PLUTONIUM – so the Royal scoience of ALCHEMY does indeed work – BUT AT WHAT PRICE?

CANCER is now the number one killer amongst children in Europe.

In this two-part TV special, the Enigma Channel reveals that Scotland, Ireland, the Isle of Man, the Irish Sea, all the inland estuaries of Scotland and most of Scotland’s marinas have become RADIOACTIVE.

Blood clots are sometimes referred to as a ‘Thrombosis’ which can often appear in the leg.

On March 15th, one of the biggest COVER-UPS in the English-speaking world began: No less than 12 European nations, representing 450m people – announced the suspension/ban of vaccines because of a shockwave of deaths in Norway, Germany and other nations.

In a new investigative documentary, the Enigma Channel team gather reports from Thailand, Germany, Norway and France, comparing the REAL COVID NEWS with the FAKE COVID NEWS created to hide this suspension in Covid vaccines across Europe… 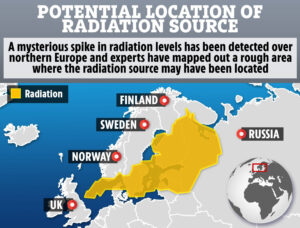