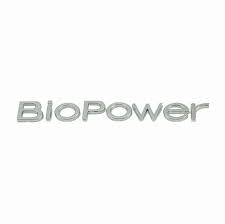 The potential to lose everything including freedom exists unless we know the truth and align on purpose to change trajectory. Doreen

By Kingsley L. Dennis
In the post-sovereign era of bio-power, a reconfiguration of social-political power has been in process for some time, and is now rapidly emerging as part of a medical-political-economic institutional complex. I will refer to this as bio-power. What was required for this redefinition in the monopoly of power was a ‘trigger’ that would allow a radical alteration in the legal narratives of claiming control over the categorizations of life and death. With the ‘pandemic landscape’ now being formed[1] we are witness to a post-sovereign world arising where biopolitics is giving legitimacy to a network of socializing regimes from bio-capitalism to biosecurity. The post-sovereign era of bio-power amidst current lockdowns and quarantine travel measures, are only a foretaste of what is to come once the new regimes of bio-power become fully institutionalized. Bio-power is now knocking on our doors and gaining entry and dominion over a whole new domain of personal sovereignty.

The authors of the World Economic Forum’s (WEF) The Great Reset have stated that these ‘COVID times’ are ‘our defining moment’ and that ‘we will be dealing with its fallout for years, and many things will change forever.’[2] In the pages of their publication The Great Reset the authors brazenly declare of the coming ‘economic disruption of monumental proportions, creating a dangerous and volatile period on multiple fronts – politically, socially, geopolitically – raising deep concerns about the environment and also extending the reach of technology into our lives.’ We are told that life for many of us is ‘unravelling at alarming speed.’ Yet what, we may wonder, will be constructed to ‘re-space’ where this unravelling has taken hold?  This is where I contend that we shall see newly defined, and pervasively employed, forms of bio-power in the age of this ‘Great Reset.’

The French philosopher and social theorist Michel Foucault is well-known for bringing forth the debate on bio-power and biopolitics in his work in the mid-to-late 1970s. Initially, Foucault framed his argument in the form of ‘disciplinary societies’ which he defined as an array of ‘corrective institutions’ spread across the social field – asylums, factories, schools, hospitals, universities, etc. – with each serving to inculcate and condition a mode of conduct and consciousness. These institutions he placed within the eighteenth, nineteenth, and early twentieth centuries. Above these socializing institutions traditionally stood the sovereign, which later became the State that exercised sovereign power. One of the ‘privileges’ of early sovereign power was the right to decide life and death – the right of a ruler to seize things, bodies, and ultimately the life of subjects. It was the model of power that was codified in classical politics, and one that has remained essentially unaltered during the transition from sovereign to State. The early birth of bio-power in modernity marked the point when the biological life of individuals became the ‘political subject’ that belonged to State rule. Foucault’s description of disciplinary societies was based around power exercised within institutions; more recently, institutional power has seeped out from the spaces of enclosure into what is now a pervasive, fluid, almost free-floating, administration of power that represents the control societies of the new era. We are entering into a world where continuous control will reshape the post-sovereign era of bio-power.

Once biological life is registered within the framework of the modern state, then it can be included within its governance of power, which then gets interpreted as bio-power. And to declare bio-power as a form of governance, the State must seek to transform its citizens into docile bodies (the ‘masses’). The globalist agenda unfolding across the world is incorporating various State authorities under its umbrella. And this globalist perspective, so far as it can be determined, is directing its newfound bio-power against both the individual body and the ‘mass body’ as a biopolitical target. In the post-sovereign era of bio-power, the modern human condition is such that the individual is not the object but rather the subject of bio-power. The State is being perversely reformed to represent itself as a new style of bio-power-driven authority.

Within the context of a biological threat, the subsequent ‘pandemic’ is establishing a social-political construct that is re-constituting the ‘normalizing’ of human society. This so-called, and overly hyped, ‘normalizing’ of society is being enacted by a series of ‘power seizures’ which has given authority to a newly conceived bio-power that claims jurisdiction over the individual and the collective body. This bio-power has given itself the ‘right’ to decide over how to administer life or even death. In short, bio-power is concerned with exercising control over the administration of life.

In terms of the individual, this enactment of bio-power over the human body gives the State the legality to put individual bodies under surveillance and, if need be, punished by incarceration, using biosecurity jurisdiction (see later). We have seen this in numerous cases recently, as in the 28-year-old Perth woman who broke the Western Australian quarantine rules and was handed a 6-month prison sentence.[3] The form of bio-power that is being exercised under the pandemic ‘state of emergency’ is concerned with a new mapping of life – social, political, and economic. The management of human existence is undergoing profound redefinition and transition.

Part of this redefinition designates a new narrative that is currently being used to underpin State responses to the COVID-19 pandemic. It is utilizing a language of ‘health risks’ for intervention and intrusion into our private lives. This includes the jurisdiction to enter into a person’s house without permission to forcibly remove people either considered a health risk or insufficiently ‘obeying’ quarantine measures. The former was stated by the World Health Organization (WHO) on March 30th 2020 when Dr. Michael Ryan (Executive Director of WHO’s Health Emergencies Program) gave a statement saying that authorities may have to enter people’s homes to remove suspected family members to an ‘isolated designated facility.’ These measures have now been enacted into law. For example, under the New Zealand state of emergency, police officers now have the power to enter homes to enforce self-isolation rules.[4] In a similar move, the Australian state of Victoria has deployed 2,000 military personnel to enforce what they refer to as ‘virus-control measures.’[5] In an ironic twist, those citizens opposing such draconian measures are being negatively labelled as ‘sovereign citizens’ where originally the term sovereign individual meant the moral or natural right of a person to have bodily integrity and be the exclusive controller of their own body and life. Here we see a deliberate twisting of language to now support and enforce the regimes of bio-power. Just as the modern economic system creates money ‘out of thin air,’ so too does this apply to the new bio-power laws being put into effect across the world. Legality is not required to create new laws – only the power to create laws is necessary. More at https://newagora.ca/the-post-sovereign-era-of-bio-power/

The veils placed over every human

If you read about the veils placed over every human, and how piercing each one is potential to create life ‘by’ you instead of life happening ‘to’ you by default, 10% will pierce the second veil to explore the world of history, the relationship between man and government and the meaning of self-government through constitutional and common law. https://proliberty.com/observer/20011212.htm

We are where we are based on individual choices that either raise [heart centered] or lower [mind controlled] the collective consciousness, which magnetizes a matching response through people, events and circumstances.

Either withdraw consent to crimes against humanity or by default consent to a reduction in population, the merging of clay [man] and iron [machine] into cyborgs remote controlled by AI indefinitely.

What the majority believes and chooses rule so please inform others. TY

Without Prejudice and Without Recourse
Doreen A Agostino
http://freetobewealthy.net

One Response to “BIOPOWER: A New Era of Social-Political Authority”