“I have a startup company and as such I work every day of the week. Every day I’m on the road heading back and forth from home to my office in the Raleigh-Durham area via I-40.

Recently, I have noticed a massive uptick in seemly bizarre accidents. Vehicles of all kinds, usually singular, running off the road and crashing. Not in bad weather. Not in the middle of the night. Just all of the a sudden.

I have also noticed folks driving kind of “dazed” looking, weaving about, stopping erratically and in particular not driving at speed — usually like 10 mph below the speed limit on secondary roads, but very fast on primaries.

I’ve driven in the local market for a very long time and I have not seen this kind of behavior before. Wondering if its the beginning of Vaxxed brain damage of some kind???”

Now that you mention it…its been happening here in australia too.

Just a spate of pointless accidents.

Its like everyone is having sudden heart attacks or blackouts behind the wheel.__

I’ve been noticing this over the past 2 to 3 weeks but it has become really much more pronounced in the last week.

I also seen something similar with parking. I see people driving around parking lots looking for a spot to park in, driving past open spots repeatedly and then finally choosing some random spot to park in. Like they couldn’t “choose” one. Really strange.

Definitely good observation that i have made myself. The part about people driving ridiculously slow now, barely even keeping with the speed limit. I don’t even wait for them anymore, I usually blow past them in the opposite lane, get a quick look at them, and there is definitely a light being dimmed in the upstairs department.

Really getting bad in the last few weeks, luckily I am in vacation so I have avoided the roads, so can’t say if things have gotten worse, but its to the point that i had many thoughts recently to quitting my delivery job.

I honestly don’t fear dying from a covid, my big fear is being taken out while driving by someone having a bad reaction to the vaccine.

My father in law is aggressively pro-vax. In the the last couple of days he is having dizzy spells and is very light headed. He is vaxxed by the way. He has stopped driving due to these symptoms. Can see this causing many accidents among the vaxxed.

I have observed a noteworthy amount of head on collisions, and high impact with trees across the USA,

I’ve ridden in my sisters SUV in recent days with her to visit a hospitalized relative. She is a nurse and was vaxxed about 3 months ago. She was driving very erratically and sort of drifting though lanes. I’ve never known her to be in an accident in decades of driving… but she had some close calls the last couple of days. She doesn’t push the vaxx as hard as she did back in January either.. possibly because she has had some symptoms might suspect the “kill shot”? But she doesn’t mention anything

When I returned home I immediately told my spouse how crazy 19 was (towards the Interstate), many trucks driving right near the double lines, cars weaving as though the driver was in another world.

Have you guys noticed anything like that in your areas? 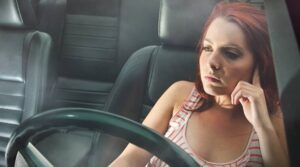 The term ‘vaccident’ has been picked up elsewhere! Was I the first to use it? I certainly consciously coined the term, but did others have the same idea the same day?  Or copy me?  No way of knowing.  The first to use the term was Clif High.

11 Responses to “Vaxxidents. Vaxxed zombies behind wheels of cars are killing people.”