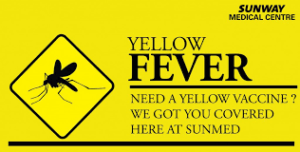 In 1942, a hepatitis B outbreak occurred in the US Army after vaccination with contaminated lots of 17D yellow fever vaccine; long-term sequelae were surprisingly limited, and retrospective studies of carrier rates, cirrhosis, and hepatocellular carcinoma were found to be minimal. Later studies identified the contaminant as hepatitis B virus (HBV) in the human serum component of the vaccine. Other than 2 follow-up studies of long-term sequelae and reports within US Military archives, the event has never been fully elucidated in its proper historical context in the medical literature available through MEDLINE (PubMed). The outbreak resulted in nearly 50 000 clinical cases, including 29 000 cases of overt jaundice. More than 300 000 troops may have been infected with HBV. The decision to immunize troops received criticism, but the decision may have been reasonable, given the exigencies of an impending war and the possibility that yellow fever could spread to future theaters of war. The epidemic was the largest and most well-documented vaccine-related epidemic in history. Today, independent of war, globalization has actually increased the likelihood of yellow fever importations to vulnerable areas of the world.