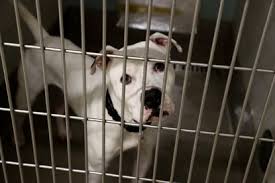 They do the experiments because it’s a win-win situation. If the animal dies during an experiment then the drug company says: `It doesn’t matter because animals are different to people and can’t be relied upon to predict what will happen.’

If animals survive then the drug company will say: `There you are, the drug is safe. The animals didn’t die.’

The number of experiments performed on animals has never fallen. Millions of creatures are used every year – often without anaesthesia. And it has been well established that these experiments are of absolutely no medical value. The experiments are performed for commercial reasons. I’ll explain why in a minute or two.

Now, as the covid-19 gravy train rolls ever onwards, making billions of money for drug companies and enriching billionaires, there are calls for more experiments to be done on animals – particularly monkeys. Some commentators are worried that most experiments on animals are conducted in China – where there always used to be fewer protests from animal rights activists and less concern with the value of the experiments.

I’ve debated with vivisectors many times in public but for a long time now they’ve refused to debate with me – for the very simple reason that they always lost. Not because I’m particularly good at debating but because the facts are so much on my side. My last debate was due to take place many years ago at the Union at Oxford University but they couldn’t find any vivisector to debate with me so they cancelled me. I thought that was rather cowardly of them. They should have threatened the vivisectors that if they didn’t turn up they’d let me debate with a chair. These days, of course, universities won’t allow any debates which might cause controversy or upset the little students so it will now never happen.

Animal experimentation is a big and dirty business. Every 30 seconds, vivisectors around the world kill another thousand animals. They use kittens, cats, dogs, puppies, horses, sheep, rats, mice, guinea pigs, rabbits, monkeys, baboons and any other creature you can think of. While waiting to be used in laboratory experiments animals are kept in solitary confinement in small cages. Alone and frightened they can hear the screams of the other animals being used.

Oh, and some of the animals used in laboratory experiments are pets which have been kidnapped, taken off the streets and sold to the vivisectors.

The animals used in experiments are blinded, burned, shot, injected and dissected. They have their eyes sewn up or their limbs broken. Chemicals are injected into their brains and their screams of anguish are coldly recorded. Three quarters of the experiments performed by vivisectors are done without any anaesthetic and most vivisectors have no medical or veterinary training.

Vivisectors claim that animals are not sentient creatures and are incapable of suffering mental or physical pain but I suspect that most people watching this will know that’s not true. It’s just one of the many lies told by animal experimenters.

There are many problems with animal experimentation. For example, all animals respond differently to threats of any kind depending on their circumstances (diet, cage size, etc.). None of these factors is allowed for by vivisectors. By locking an animal up in a cage, experimenters have already invalidated their experiment because by altering the animal’s surroundings the experimenter alters the animal’s susceptibility, its habits, its instincts and its capacity to heal itself. Since these variations are not controlled (cages and surroundings differ) experiments performed on animals kept in cages are of no scientific value.

Even animal experimenters don’t deny that drug tests done on animals can produce dangerously unreliable and misleading information. Thalidomide safely passed tests on animals. Penicillin and aspirin both kill cats. When Alexander Fleming discovered penicillin growing on a culture dish in 1928, he tested the drug on rabbits and discarded it when it seemed useless. Later the drug was tested on a cat and a human patient at the same time. The cat died and the human being lived. If doctors had relied upon animal experiments to decide whether or not penicillin was of any value the drug would have been discarded long ago. Penicillin even kills guinea pigs – the classic test animal for many drugs. Aspirin can be toxic to rats, mice, dogs, monkeys and guinea pigs as well as cats. Morphine sedates human beings but excites cats, goats and horses. Digitalis, one of the best established and most effective drugs for the treatment of heart disease, is so toxic to animals that if we had relied on animal tests it would have never been cleared for use by humans.

Here are the two main reasons why animal experiments are worse than useless.

It is, however, my second argument which is the real clincher.

Drug companies test on animals so that they can say that they have tested their drugs before marketing them. If the tests show that the drugs do not cause serious disorders when given to animals the companies say: `There you are! We have tested our drug – and have proved it to be safe!’ If, on the other hand, tests show that a drug does cause serious problems when given to animals, the companies say: `The animal experiments are, of course, unreliable and cannot be used to predict what will happen when the drug is given to humans. We have, however, tested our drug.’ You may find this difficult to believe but it’s true: tests which show that a drug causes cancer or some other serious disease, or which even kills, when given to animals are ignored on the grounds that animals are different to people. And tests which show that a new drug doesn’t kill animals are used as evidence that the drug is safe for human consumption.

As a result, it isn’t surprising that four out of ten patients who take a prescribed drug which has been tested for safety on animals can expect to suffer severe or noticeable side effects and doctor induced disease is, along with cancer and circulatory disease, now one of the big three killers of human beings. For years now, one in six people in hospital has been there because they’ve been made ill by doctors. Today, with the covid-19 fiasco, the figure is probably much higher.

Please go to the animal issues button on www.vernoncoleman.com and then scroll right to the bottom – there is a list of 50 drugs which cause cancer and other serious disorders in animals but which were passed fit for use by human patients.

Animal experiments are fraudulent and they are a major cause of illness and death.

And now you know just one of the many reasons why the drug companies don’t like me. If this truth gets out then they’ll have to start testing new drugs properly. It will cost them many billions – and a lot of dangerous but enormously profitable drugs will never get to market. Copyright Vernon Coleman April 1st 2021