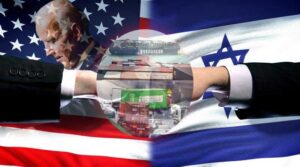 I did produce a couple of articles on this Evergreen Matter before; today I am further expanding on this. As you know time allocated on TV programs is fairly limited and it is not possible to grill these events in finer detail on air. Therefore I wanted to take this opportunity today to tell you more about the 2nd Stage of the Evergreen Incident; before I delve into further detail lets remind you what happened.

Throughout its History Suez Canal has always been a piece of geography full of political and commercial intrigue. We again witnessed history repeating itself. Right then! What was the main source of the problem? Let’s focus on this?

When Trump Administration left its place to Biden’s, a new era of total Global Capitalist regime replaced Trump’s Nationalist agenda. Instead of focusing on his own country’s problems, Global Capitals US CEO as a first mission decided to have a go at the issues in Middle East and pointed at Turkey as a first target.  On one hand a series of Strong and disrespectful accusations were coming one after the other, on the other hand US’ adopted/ unregistered child Israel all of a sudden started receiving its share of Biden’s harsh rhetoric. Israel was suddenly ostracized and was even accused of colonialism.  Whereas, whatever Israel did in the past was done with US’ backing and US’ did always stand strong behind its spoiled child. However Israel was reading very well where things were going in recent times and during Trumps administration started to follow different policies. Israel brought clarity and strengthened its policies on many Middle Eastern Countries. Israel has managed to influence governments in countries such as Ukraine, Egypt, UAE, and Saudi Arabia; and even has completely managed to silence all the different opposition voices that could potentially cause a treat in the administrations of each country. As you can appreciate, Israel had already done its moves in case things don’t work out as expected and plan B was readily awaiting. Towards the close of the Trump Administration term, in order to address the Eastern Mediterranean Problem countries like Egypt, UAE, and Saudi Arabia were talking about readying their armies to face Turkey, however upon Biden’s arrival things were turned upside down.

Forget about war treats, this process was completely turned upside down and left its place to olive branches. Friendly messages started to come out one after the other, and then Israel was again called a problematic country by the US government. No Israeli official had made an anti US statement or disclosures, no policy change was ever announced, but what was the reason? Why this child was completely excluded when there was no verbal or political action against? As you would appreciate, when Israel felt excluded decided to befriend Turkey, replaced Palestine with USA as main enemy and accepted as a mission to defeat all Middle Eastern policies of the Global Capital governed USA.

Hence the reason why Israel shared secretive information necessary make the USA fail and cooperated with all US opposition countries. Thus, in a very short time, Israel managed to turn all US policies upside down.

This is exactly how the Evergreen Incident occurred. Israel, Egypt, Turkey and Russia jointly conducted this successful contra operation. Billions of dollars were lost daily and conditional bail imposed!!! Yes, Evergreen has been a conditional bail! The USA was squeezed in the corner in such a way that if it neglects the clauses of the bail would pay a heavy price. Well, what are these so called conditions, you would think. I will reveal these conditions in finer detail in the following article…

– Days go by without moving an inch.

– Billions of dollars of losses are made everyday.

– Weirdly somehow this event happened just before the April Climate and;

– All coincided with the dollar operation in our country (Turkey) How Bizarre?

Friday the stock market closed on a high, and dollar was trading around 7.23 (Turkish Lira) on Sunday and just before 19:00 the news were already out that the dollar operation was about to take place.

Every single economist who has been chewing the economy books, was out on media spreading rumors: “dollar value will explode, dollar will fly, we are in big trouble”

Central Banks Governor has been sacked, and everyone was talking “How can they sack the Governor”?

All sources discussing this matter were pouring comments alongside – “How is this possible, Our Country is doomed” left, right and centre. In other words our Enemies Turkish Media Army of Traitors was on a mission… That night, I started observing what’s happening. I am observing the society, I am reading the comments and I am looking at the perceptional operation that Digital Organizations are carrying out in peoples’ minds. It’s a Sunday evening, the sun hasn’t even set yet, and dark-minded thinkers are full on attacking my country. Statements stating that “the bright would be darkened” were coming out; even the birds had heard in advance the omens of that night…

Hyenas salivating, actors performing at their best: “Nooo, Noooo, this can’t be happening dollar will be 10 lira in the morning”. Wow Evergreen, how come? We couldn’t have thought this in a million years! How important you’ve been? You made dark sides hidden desires come to surface! There must have been some serious conditions to this bail that would cause this circus, A?

Well done Brave Hearts outstanding intelligence! You have managed to squeeze Loan Sharks’ right hand man Sir Biden in the very corner! Now he has gathered his arms and has decided to visit Black Sea with the following excuse “We are here against a possible war between Russia and Ukraine”. Will supposedly hit Russia, supposedly will bring democracy and peace to Russia. Yeah, yeah we know … (Vietnam, Afghanistan, Iraq)

Yes, when I said medallions other side you may have not understood what I meant. Let me tell you a little about the other side of the Evergreen incident. You know Evergreen is a container company and Evergreen literally stands for “evergreen” Yeah! – Too green for its own good! I told you before; the incident in the Suez Canal is the Hardest SLAP the Globalist Power ever had, EVER; Such a good Slap that have placed the Globalists in between Lions Claws.  Let’s have a look at the consequences:

– First of all, the FIRST SLAP the Middle East issue, Global capitalisms can no longer do as they wish in this geography like they did in the past!

– The SECOND SLAP i.e. Covid 19, the first Technological weapon that was used caused an absolute human massacre, people were slaughtered with drugs, and these facts will come to light one day! They will!

– When Capitalist Powers were just about to end the Covid 19 theatre, the second act kicked in: the climate weapon. It was about to be introduced at the international level in April but has been completely scrapped in the Evergreen (secret) operation! The plan was to poison earths’ soil with the radioactive virus that was developed over the last 30 years. Then force global countries to pass certain agricultural policies and get a strong grip on global power. I am afraid it didn’t go to plan!

– Next:  slap on China’s face: China, which was created as a mini global capital power!

Global Capitals policy of lending to countries and especially developing countries with the Chinese hand was badly interrupted,

The China model was designed as an alternative to the International Monetary Fund, a very similar model to get developing countries to fall into the debt trap, obviously with the purpose of keeping control over the respective governments using harsh lending conditions mainly in the Middle East. But Somehow Bizarrely, Global Powers’ mini Evergreen featured in the news with the lorry incident in China! This was such a significant event that gave birth to Chinas its own era of chaos and we will probably see the reflections of this every time the Ever Given ship docks at some port and unloads its cargo around the world.

Evergreen, who’s only been spoken about quietly for now, will become a loud song in the future! Believe me!…

– Right, we have not only prevented the devaluation operation that was planned, but we have also buried the devaluation word in history! I know, cheap talk, narrow mindedness, treacherous attacks will always be present, but these people will be questioned when they claim that the country is going bankrupt, and people are starving.

Let them talk as they wish, but dear friends, when you spot these dark minded individuals and hollow minded keyboard heroes who claim that people are starving to death with the purpose of forming a certain perception in public’s mind, for God’s sake check out their assets first. Look at their homes, cars, and lands they own, okay?

Never lose your faith! Our country is really going through a period of Prosperity. I hope the Turan union will become an exemplary union of Prosperity for years to come. While the whole world is well aware of this, do not give credit to the people who have not traveled my country, even the European who visit my country as a tourist can see this. Please do not take in account those individuals who portray scenarios of doom and ensue anger in people …

4 Responses to “The Second Act of the Evengreen Theatre”