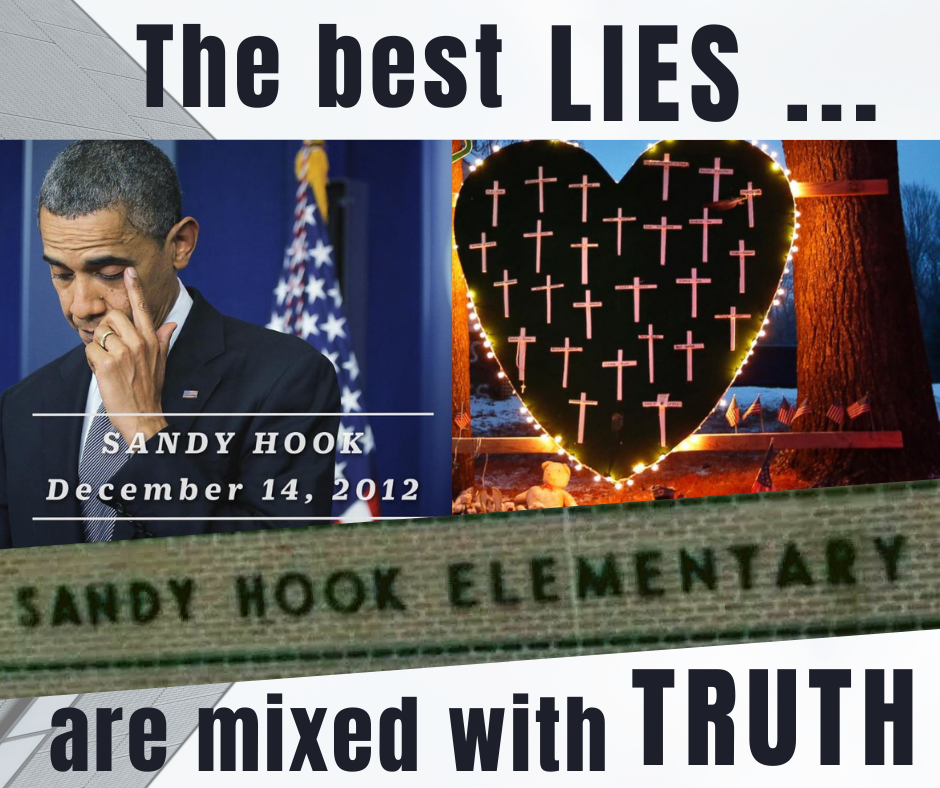 “The school shooting was not just a pre-planned event and therefore a hoax on its foundation, but also a mass ritual sacrifice of innocents in which most of the participating Sandy Hook parents of victims willingly offered up their own children or were assigned children to offer up in the occult massacre.”

Sandy Hook was another drill that went live.

Part 1 of a series examining the Satanic ritual sacrifice aspects of the pre-planned Sandy Hook school massacre that makes it both a fake and real event.

It appears to be anti-gun season again at the White House, so last week President Joe Biden sent out an invitation to alleged parent victim and co-founder of Sandy Hook Promise Mark Barden to join him for yet another visit to the White House during a center-stage Rose Garden spotlight stint unveiling new executive actions against gun rights, including red-flag laws that allow courts to immediately confiscate guns from people who they label as “threats” without any due process of law.

Gun confiscation is one of the top agenda items in finalizing the Covid tyranny rollout, and the pre-planned Sandy Hook school shooting back in 2012 was integral to softening up the country for systematic dismantling of the Second Amendment as well as furthering the control-by-fear agenda put into high gear after the 9/11 attacks.

This piece will explore my theory – as a third-generation Newtown resident, mother with children in Newtown Public Schools, and recently ‘awake’ Sandy Hook researcher – that the school shooting was not just a pre-planned event and therefore a hoax on its foundation, but also a mass ritual sacrifice of innocents in which most of the participating Sandy Hook parents of victims willingly offered up their own children or were assigned children to offer up in the occult massacre.

This, of course, makes the school shooting at Sandy Hook both fake and real – a recipe that is often deployed for contrived terror attacks by the criminal elite and their complicit stooges found in all facets of media, government, corporate, legal, medical and financial hegemony in this country and beyond. 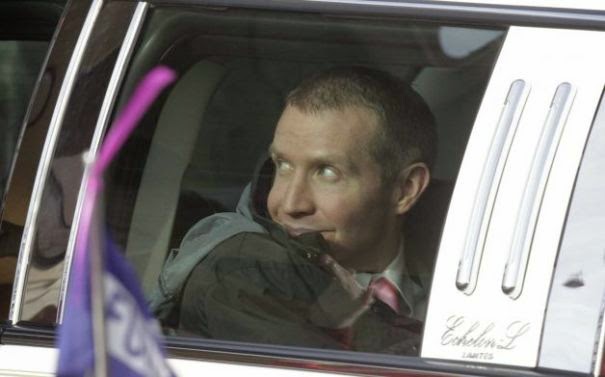 Robbie Parker giving a demonic smile and upwards look as he is driven from his supposed daughter’s funeral after the Sandy Hook massacre in 2012.

Some of the children, I believe, were bred by participating parents about seven years prior to the event for the specific purpose of sacrifice at the 2012 Sandy Hook massacre.

Breeding children for sacrifice is nothing new to the Luciferian elite and those under their control in the vast Illuminati structure whose tentacles even stretch down to the local level through masonic and other front organizations used for mob-like criminality and Satanic activity.

Such Sandy Hook parents who conceived children solely for the planned school massacre are involved in lucrative, long-term contract agreements to play a lifetime role and are likely practicing Satanists as well. Based on personal research as well as maternal intuition after watching what these parents do and say in the limelight, I believe such parents are the parents of Ben Wheeler (David and Francine Wheeler), Dylan Hockley (Nicole and Ian Hockley), Daniel Barden (Mark Barden), Avielle Richman (Jeremy Richman and Jennifer Hensel), and the mother of Jesse Lewis (Scarlett Lewis). 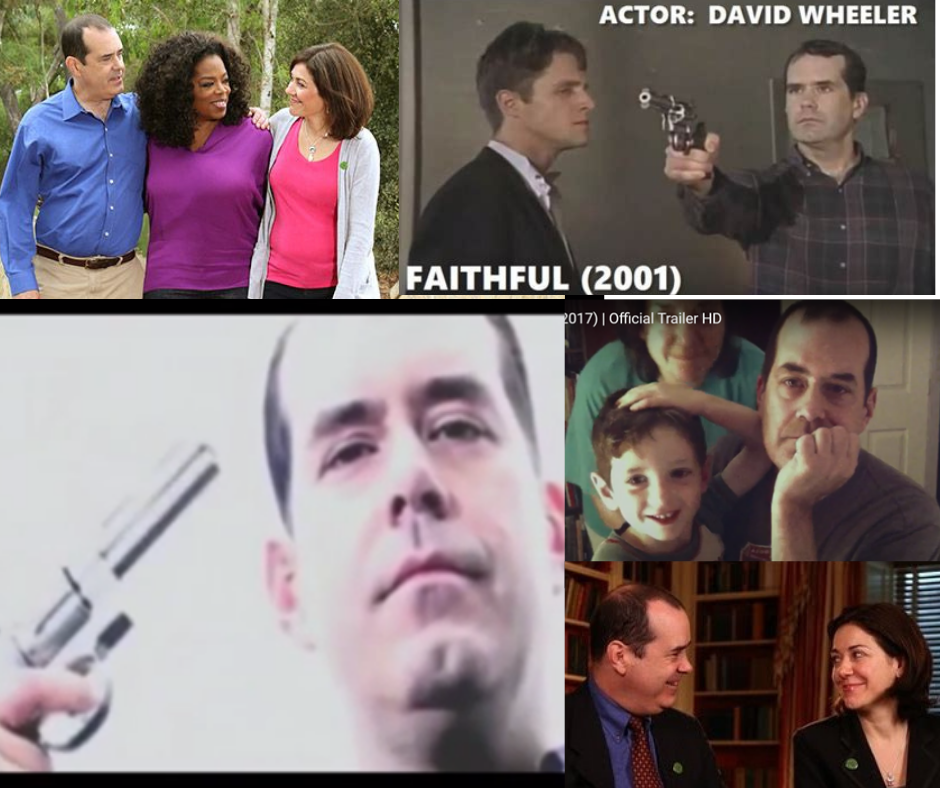 David Wheeler, two-bit actor and Sandy Hook father of reported victim Ben Wheeler, appeared in the low budget film “Faithful” in 2001. Francine Wheeler was a small-time actress and singer in ‘The Dream Jam Band’ before her breakout performance on the national stage as a grieving mother of a gun violence victim

Some of the main stage players in the Sandy Hook terror production were parents who accepted their lifetime acting roles as gun-violence victims in exchange for the promise of ‘forever in the limelight’ roles, along with cash and prizes of every tempting variety, including book deals, movie projects, frequent trips to the White House, state lottery jackpot “wins”, splashy magazine features, and a suspiciously timed Grammy award nomination. 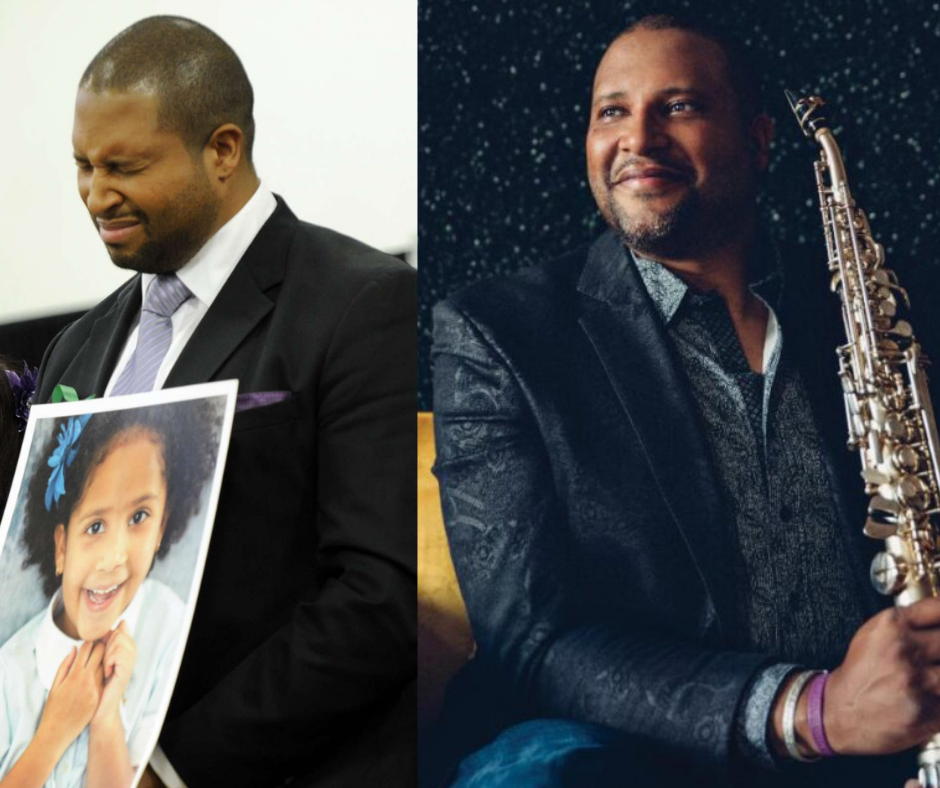 A list of Jimmy Greene’s performances on his website notes that he performed with other artists during a week-long jazz cruise beginning January 27, 2013, just six weeks after the Sandy Hook shooting.

For Sandy Hook parents who also happen to be spotlight-yearning performer and entertainer types, an offer of a permanent-spotlight role with all of the likely monetary gifts and accolade perks likely wasn’t a hard sell.

These are the ones we see endlessly paraded out in front of the media during big White House and Congressional events focused on anti-gun legislation, not to mention big magazine spreads, red-carpet book release events, and talk-show appearances on Oprah and Dr.Oz. 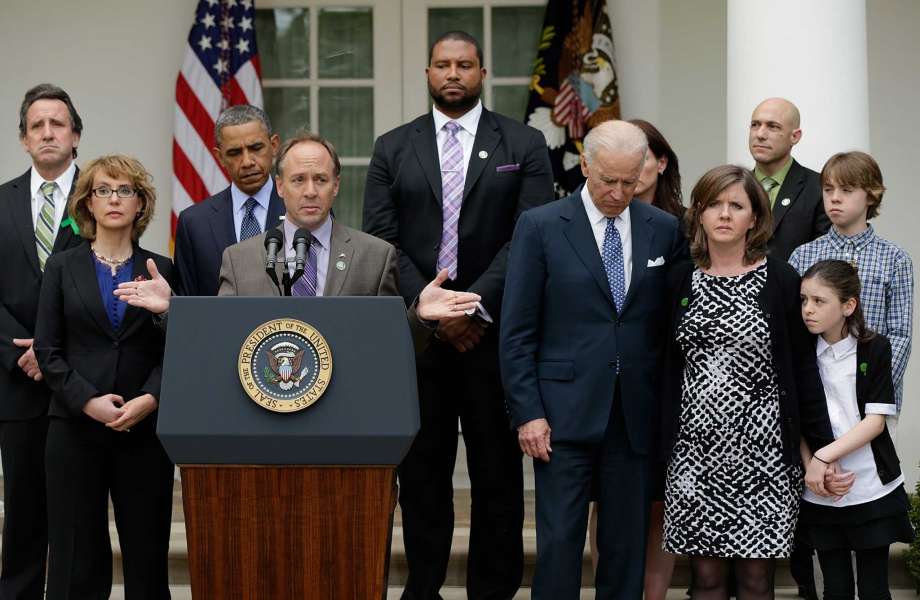 Mark Barden commanding the podium at a White House press conference following the 2012 shooting. Jimmy Greene (back, center). Joe Biden stands next to Jackie Barden and her remaining children. Neil Heslin, father of Jesse Lewis, is pictured back, far left. Jeremy Richman, pharmacologist father of Avielle Richman, is pictured back, far right and was reported to have committed suicide at Newtown’s Edmond Town Hall in 2019.

Mark Barden is apparently a close buddy and telephone pal with President Joe Biden and made his third trip to the While House last week to help with yet another White House push to confiscate guns in America.

The dualistic hoax aspect of Sandy Hook is insidious because while I believe about two-thirds of the children had complicit parents in the planned event, the remaining one-third of the child victims had parents with no prior knowledge or participatory role in any deception or offering up of their children for sacrifice. 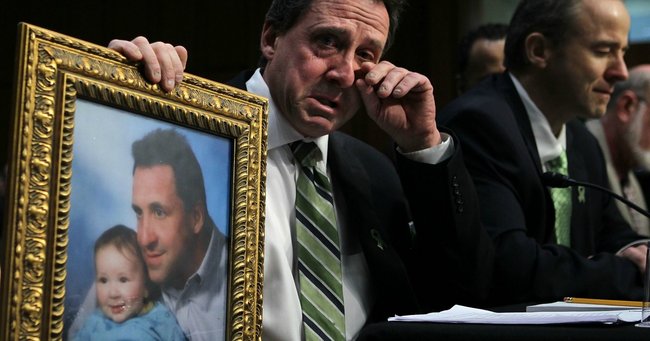 One such parent who I believe was interviewed and invited to Congressional events in order to exploit his genuine grief was Neil Heslin, father of Jesse Lewis. Neil is a construction worker from Shelton, Conn., who was separated from Jesse’s mother Scarlett Lewis (frequently in the spotlight and now has a Sandy Hook movie deal) at the time of the shooting. In this CNN interview of Neil Heslin a few days after the shooting it is apparent that he is one of only a few of the parents that showed a real broken heart. During this Associated Press recording of Neil’s Congressional testimony a month after the shooting, Neil mentions that he had Jesse late in life, he was his only son and that he doesn’t have much of any other family besides his son Jesse and now he doesn’t have him anymore. I certainly do not have expert analysis skills in regards to lying, but every ounce of my parental intuition tells me Neil Heslin is not acting. He really is torn apart with grief over the loss of his son, and I believe he had no idea a slaughter of children was planned for Sandy Hook Elementary School in December of 2012. 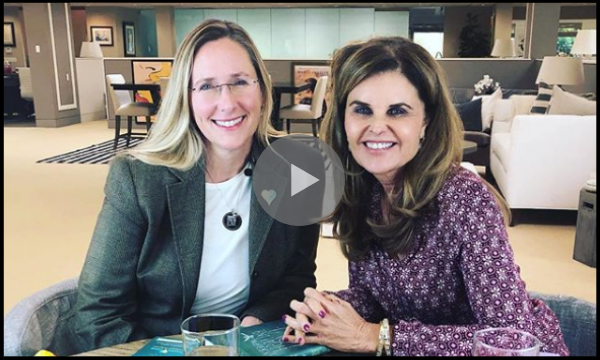 Scarlett Lewis (left) with Maria Shriver for one of many press events and interviews for her 2013 memoir which is currently in production for a TV movie about her life and recovery from losing her 6-year-old son at Sandy Hook. That’s right, the movie is about HER life, not her 6-year-old son Jesse.

Jesse’s mother Scarlett Lewis did know of the planned event for Sandy Hook and of the planned fate of her son Jesse, I believe. Every ounce of maternal instinct as well as research into her activities and appearances after the shooting tell me this woman knew the plan and was okay with her six-year-old son Jesse being sacrificed in this occult mass ritual sacrifice.

Scarlett Lewis has appeared on just about every big media outlet under the sun since the Sandy Hook shooting and developed a social and emotional learning curriculum through her ‘Jesse Lewis Choose Love Movement” that is being taught in 10,000 schools in 110 countries and was endorsed by the White House.

Scarlett, a Boston University graduate with a B. S. in Communications has received all sorts of ‘One World, One Heart’, ‘Common Ground’, ‘International Forgiveness’ and Humanitarian Awards since the Sandy Hook terror event and even got to meet the Dali Lama. 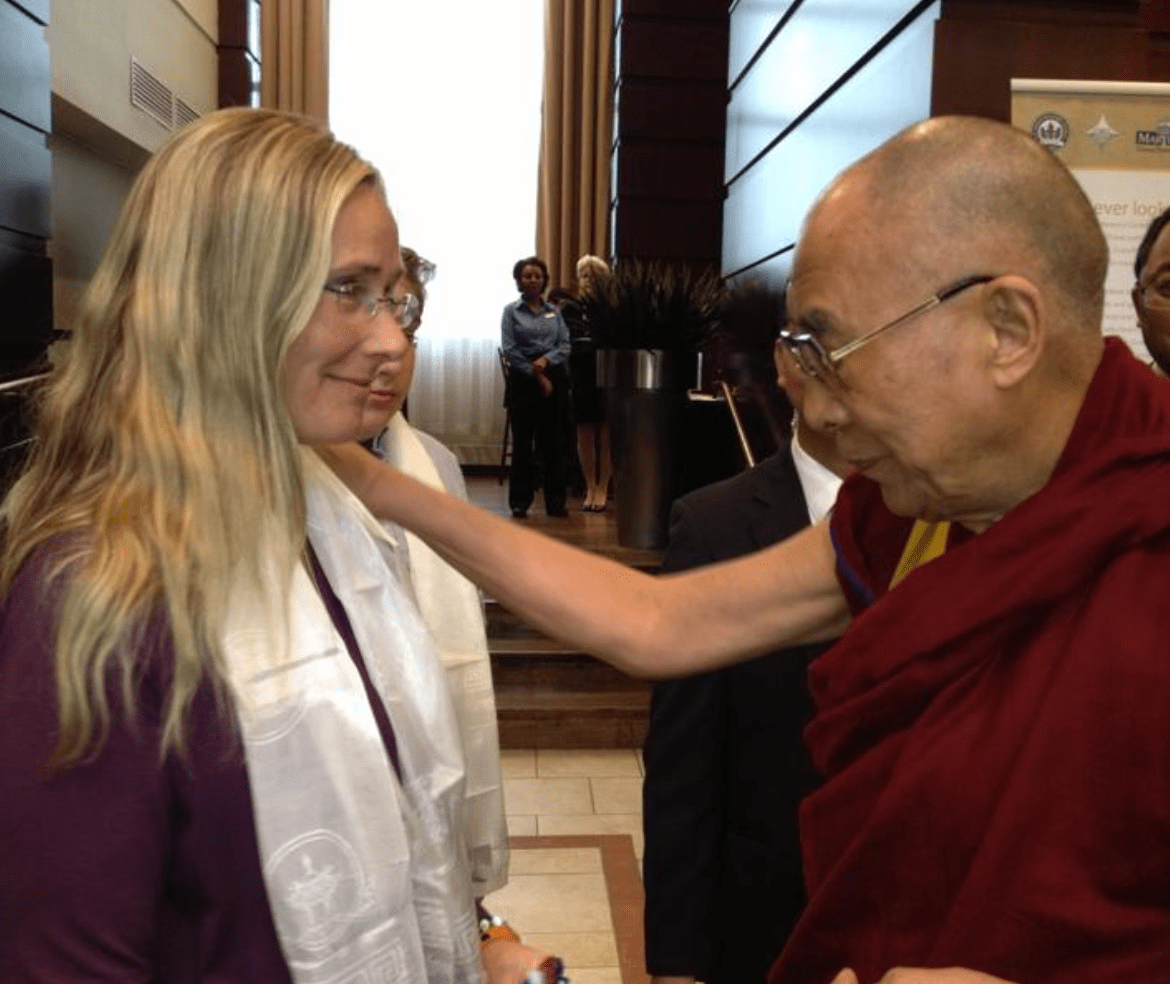 Her older son JT Lewis who has a different father than his deceased brother Jesse, entered Connecticut politics in 2019 and ran for state senate as a Republican. JT and his mother Scarlett were invited to the White House in 2018 by Donald Trump for a round table discussion on school safety.

A production company recently bought the rights to Scarlett’s 2013 memoir “Nurturing Healing Love: A Mother’s Journey of Hope and Forgiveness” and ‘Law & Order’ actress Elisabeth Rohm has just been cast in the role of Scarlett Lewis in a television movie about the Sandy Hook mother. Yes, you heard correct. A movie about the mother Scarlett Lewis and her life after the shooting, not about her 6-year-old son Jesse Lewis who was killed.

The Sandy Hook mother who still lives in the same modest home on a little farm just down the road from Sandy Hook Elementary School starter her career (with her communications degree from BU) in Greenwich, Conn., the financial epicenter of the country, at Greenwich Capital Markets working in the municipal arbitrage department. She then worked as a municipal bond trader and investment banker for Llama Company in the Midwest before going to NYC to work for black box trading system OptiMark. 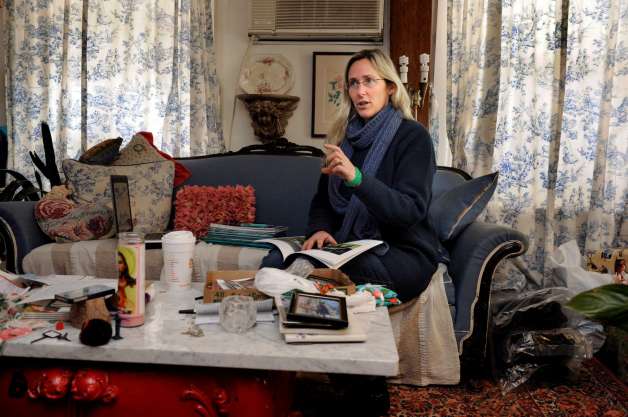 SCARLETT LEWIS AT TABLE WITH CANDLE

I believe Scarlett Lewis is one of the most abhorrent characters in the Sandy Hook massacre and I also believe she is a practicing Satanist who openly mocks Christians and Jesus in interviews. Scarlett Lewis frequently has Christian crosses displayed in interviews, or Jesus paraphernalia as with the candle shown in above photo. Yet Scarlett’s actions, words and writings continuously reflect New Age-type, globalist, unification speak. This type of mockery of Christ and Christians in media and entertainment is typical practice of the Luciferian elite and followers.

In another example of mocking Jesus, a New Haven Register article published a month after the shooting quotes Scarlett Lewis as saying the following in regards to a prayer she claims to have made every night while tucking her son Jesse into bed:

“Every night I would cuddle up next to him and I’d put my hand up his shirt, over his heart, and I would say the same prayer: ‘Dear Jesus, thank you for this warm body, this heartbeat. He’s such a gift. I know you could take him from me at any time, but please don’t.’

Given all of the above information about Scarlett Lewis and Neil Heslin, it is my belief that far prior to the Sandy Hook event, Scarlett Lewis started a relationship with Neil Heslin for the sole purpose of conceiving a child to be sacrificed in the planned Satanic ritual massacre at the school and that the father Neil Heslin had no idea he was being used essentially as a sperm donor nor did he know the planned fate for his son in 2012.

5 Responses to “Sandra Archibald: Children Did Die at Sandy Hook”