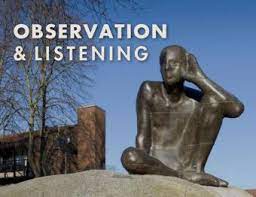 1. Police are encouraging the public to download an app that divides the world into 57 trillion squares each 10 foot square. The app will enable the authorities to locate individuals very quickly and accurately. I expect there will be some who will download the app with strange enthusiasm.

2. Small towns everywhere are going to die very quickly. Public transport is being reduced still further, private car ownership is being outlawed and small shops are being killed by lockdowns and increases in costs. This is all part of the plan to force people to live in apartment blocks in smart cities.

3. Those without phones with apps are no longer allowed to buy drinks in pubs or some cafes. Cash is being outlawed and even credit cards aren’t accepted in many pubs. The end will come very quickly if we don’t stand up and refuse to patronise establishments which introduce discriminatory rules. In the UK, I believe that any business which refuses to serve those who have not been vaccinated or who are not wearing masks is breaking the law against discrimination.

4. My book on my 100 top English heroes has been attacked because I included Winston Churchill and Lord Byron on the list. Apparently, the thought-police don’t approve because Churchill and Byron are now considered unacceptable. And so my selection was marked down. This is rather sad. It seems that in future our heroes must be politically acceptable. What a dull, reasonable, predictable and unimaginative lot they will be.

5. Here’s a scary quote from the Financial Times: `The problem is that the digital vaccine pass should be more than a quick answer to an immediate crisis. There is an opportunity here to use the covid-19 pass as a building block for a digital infrastructure that could service public service needs well beyond the pandemic – for example in banking, education or public health more generally.’ The Financial Times enthusiastically supported the EU and now appears to be an enthusiastic supporter of Agenda 21.

7. The symptoms of alleged long covid are almost identical to the symptoms produced by the covid-19 vaccines. How extraordinary. Yet another coincidence.

8. Those who claim that covid-19 is more infectious than the flu might like to note that covid-19 has, over two years, affected 100 million people. Flu, on the other hand, can affect one billion people in a six month flu season.

9. Around 1.5 million people a year die from antibiotic resistant strains of bacteria. Little or no public money is spent combatting this enormous problem.

10. Around the world, a number of government critics have died suddenly in the last year or so. For the record, I am not suicidal and I am very careful about how I cross the road.

11. In the UK, the House of Commons spending watchdog has decided that the £37 billion spent on test and trace systems has failed to make a measurable difference to the health of the nation. So, that’s another £37 billion of our money wasted. I wonder how much of that stuck to the fingers of politicians, advisors and their chums. The test and trace system, deliberately misleading, continues to grow and waste money.

12. The Hippocratic rule `First do no harm’ has been steadfastly ignored since the start of this hoax. There are now 4.7 million people on waiting lists for surgery in the UK – many have been waiting for over a year and many will die untreated. How many million will die undiagnosed because testing procedures have been delayed?

13. Pascal Soriot, the boss of AstraZeneca, the drug company, was paid £15.4 million last year. He is due to receive a pay rise.

14. During the lockdowns, the choice of shops which were forced to close because they were considered `unessential’ baffled me. Shops selling shoes, socks and clothing of all kind were shut. And book shops were closed too. Who classified these as unessential?

16. My book Proof that Masks do More Harm than Good has been updated and enlarged and is available as a free pdf on my websites.

17. The World Bank published a Project Appraisal for covid-19 on 2nd April 2020. The appraisal included an `expected project closing date’ of 31st March 2025. I wonder how many people realise that we are taking part in a project with another four years to run.

18. The UK Home Office is running a trial investigating people’s web browsing history. The Home Office will be able to track people across the internet, and it is working with the National Crime Agency and two unnamed UK internet providers. The Government will, if or when the trial is rolled out, be able to see which websites you have visited and when you visited them. Big Brother gets Bigger every day.

19. Possibly fake health officials are visiting homes and telling people that if they are not vaccinated they will lose their benefits and that their national insurance numbers will be de-activated.

20. The insecticides used on pets to treat fleas are polluting rivers. Four out of five dogs and cats are treated regularly for fleas (even if they haven’t got them) and the ingredient in the treatments – fipronil – has been found in 99% of samples from 20 rivers. The problem is caused by people allowing pets to swim in rivers and by people washing their dogs and then allowing the run off to go into the drains. Fipronil degrades to compounds which are toxic to most insects. One flea treatment for one dog contains enough poison to kill 60 million bees. And, of course, (as I have previously explained) the sewage water containing this toxic substance ends up as drinking water.