What happened to the War on Terror? World leaders have swapped it out for a new narrative: the permanent pandemic, where society will be controlled under the guise of “pathogen vigilance.” 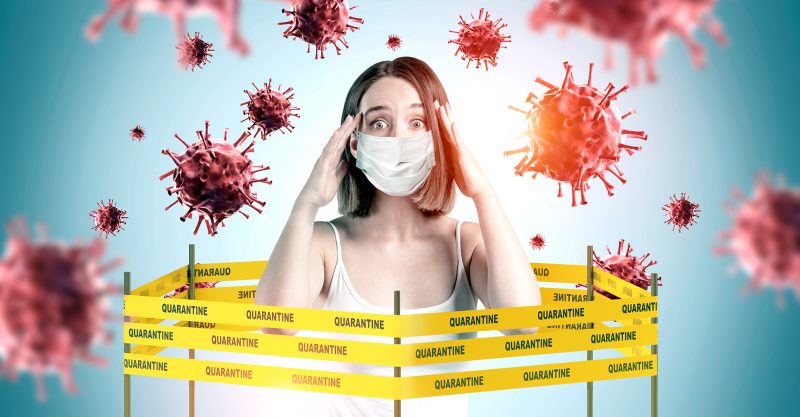 Those in positions of power have long recognized that conditions of fear and panic furnish exploitable opportunities to restructure society. COVID-19 is certainly a textbook example of this observation, illustrating that well-tuned fear campaigns can persuade many people to abandon essential medical and individual freedoms.

One of the key elements in the propagandist’s toolkit for perpetuating fear is repetition, particularly if the fear messages come from different directions and sources and are cloaked in a veneer of officialdom and respectability.

Thus, in the first few months of 2021, we have seen a proliferation of admonishments telling Americans that pandemics pose an “existential threat” to the United States and are here to stay.

In January, a bipartisan commission released a dramatic 44-page report calling for an “Apollo Program for Biodefense,” explicitly comparing the proposal to the efforts that first landed humans on the moon. The commission laid the groundwork for its report in 2015, when it published a National Blueprint for Biodefense.

Now, seizing the COVID-19 moment, the commission is making the case for a vastly expanded biodefense budget — amounting to billions of biodefense dollars annually — to implement its conveniently ready-to-go blueprint.

Key members of the Biodefense Commission used the “existential threat” language in the aftermath of 9/11 in reference to terrorism — the same language they are using now regarding pandemics. Commission Chair Joseph Lieberman championed the post-9/11 creation of the Department of Homeland Security; Co-chair Thomas Ridge served as the first Homeland Security director.

Around 2014, world leaders began signaling their intent to swap out the War on Terror for a new narrative. That fall, President Obama hosted the first major meeting of the Global Health Security Agenda (GHSA) — which he later elevated to a national priority — and soon thereafter pronounced the terrorist threat “over-inflated.”

Observing the downplaying of terrorism by Obama and senior administration officials, including then-Vice President Biden, journalists at The Guardian chimed in, calling assertions of an “existential [terrorist] threat” hyperbolic, “zany” and “absurd.” The next year, the Biodefense Commission issued its National Blueprint.

Dovetailing with the Biodefense Commission’s report, the media are telling the public to “start planning for a permanent pandemic.” For example, deploying the loaded language so favored by propagandists, German-American writer Andreas Kluth warned Americans on March 24 (in Bloomberg) of a “global arms race” pitting “coronavirus mutations … against vaccinations,” suggesting that SARS-CoV-2 could “become our permanent enemy, like the flu but worse.”

A former writer for The Economist and a self-styled interpreter of historical successes and failures, Kluth conjures up a foe — a mutating virus too “protean and elusive” to ever be conquered — that undoubtedly hits the biodefense wonks’ sweet spot. Far from rejecting pandemic hyperbole as “zany” or “absurd,” Kluth instead cheerlessly advises Americans to brace for “endless cycles of outbreaks and remissions, social restrictions and relaxations, lockdowns and reopenings.”

Ironically, Kluth argued last July in favor of a revival of “classical liberalism,” clarifying that he meant “not in the American sense of ‘left’ but in the European sense of ‘freedom.’”

Kluth also assures residents of the U.S. and other wealthy nations that vaccination “a couple of times a year” will be part of the “new normal.” Arguing for realism, however, he cautions that vaccination against “the latest variant in circulation” will never occur “fast or comprehensively enough to achieve herd immunity.”

The most positive notes Kluth seems able to strike are his conclusions that this “Brave New World needn’t be dystopian” and that, with each successive lockdown, “we [will] damage the economy less than in the previous one.”

As Children’s Health Defense and others have pointed out, COVID-19 — and the spectre of pandemics more generally — offer a handy pretext for the wider financial and governance overhaul that is unfolding, benefiting the few while building out a global control grid for the many.

In this context, we should not be surprised to see that the Biodefense Commission’s report highlights 15 core technology priorities that would fundamentally restructure society and daily life — in both the physical and digital realms — in the service of pathogen vigilance. These include:

In light of these stated priorities, it is interesting to note that the Biodefense Commission’s Ridge heads up an eponymous Beltway security consulting firm, while Lieberman serves as senior counsel for a New York law firm whose roster of financial services, real estate and (bio)technology clients includes Google and Israel’s Teva Pharmaceuticals.

Teva announced in February that it is in discussion with COVID-19 vaccine makers about possible “co-production” of some of the shots. The same day, Teva’s CEO told CNBC’s Meg Tirrell (who asked about this “very bright spot in Teva’s business”) that the company was “proud to be the partners” for the distribution and logistics of Pfizer’s experimental vaccine in Israel which, as of mid-March, had administered the shots to nearly 60% of the population, “more doses per capita than any other country,” according to Tirrell.

Teva’s CEO said nary a peep about the experts who are warning that Pfizer’s injection of Israelis is producing mortality far in excess of what would be expected from COVID itself.

Like Teva’s CEO, Andreas Kluth has been an enthusiastic booster of messenger RNA (mRNA) vaccine technology, happy about synthetic mRNA’s endless permutations and the possibility of telling cells “to make whatever protein we want.”

While acknowledging that experimental mRNA vaccines had problems in the past (such as their tendency to cause “fatal inflammation” in animals), Kluth celebrates the COVID-19 pandemic as the “grand debut of mRNA vaccines and their definitive proof of concept,” stating: “Henceforth, mRNA will have no problems getting money, attention or enthusiasm — from investors, regulators and policymakers.”

In short, permanent pandemics promise to be good for technocracy and good for Big Business.