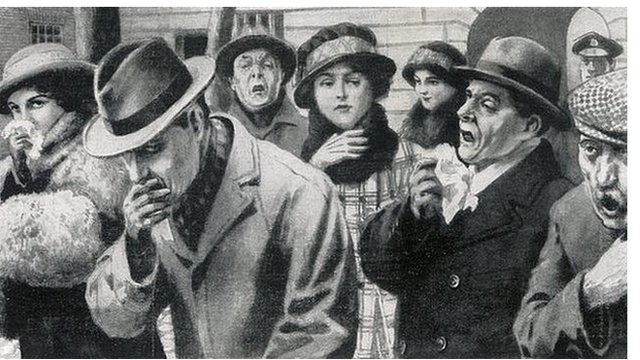 A pandemic is an efficient way to get rid of “useless eaters” without destroying property.

The influenza pandemic of 1918-1919 infected 500 million people, 20% of the world’s population and killed over 60 million people. This is roughly three times as many people as were killed and maimed in World War One, and is comparable to WWII losses. Yet this modern plague has slipped down the memory hole. Why?  Was it a deliberate ploy by the Illuminati to finish the job WWI began?

This repost is inspired by this article: The Spanish Flu- Only the Vaccinated Died

However, vaccines were used and may have been a factor.  See US Vaccines Caused Spanish Flu

“The vaccines used to address virus are the real threat.”

Biological weapons are limited to a very important factor: they must have very low secondary communicability. The so-called Spanish flu, which may very well have been a biological warfare weapon, failed that basic requirement. New candidates for ideal bio-warfare weapons include anthrax, hantavirus, ebola, and others.

My personal opinion, for what it is worth, is that the real weapon will not be the disease, but mandatory vaccinations. Those vaccinations will not be blind, but color-coded on a social credit score akin to that of China. Red code will be for immediate termination. Green would be for friends of the system. Yellow would be for problem people who are drains on the system due to alcoholism, drug addiction, chronic criminality, and even old age and excessive drains on the pension system.

Incidentally, there were a suspicious number of deaths of microbiologists in 2001, suggesting that there may have been some plan to use biological warfare as part of the 9/11 coup, and an attempt to silence possible troublemakers in advance. Anthrax did indeed play a role initially, but faded out of the picture.

In the original 2006 article, Heinrich Mueller does say the Spanish Flu was a “double blow virus” which first weakens the immune system. This is what critics say the covid vaccines do.

In 1948, Heinrich Mueller, the former head of the Gestapo, told his CIA Interrogator that the influenza pandemic of 1918-19, the most devastating plague in human history, was man-made.

Mueller said the flu started as an US army bacteriological warfare experiment that somehow infected US army ranks at Camp Riley KS in March 1918, and spread around the world. He says that it “got out of control” but we cannot discount the horrible possibility that the “Spanish Flu” was a deliberate elite depopulation measure. Researchers have found connections between it and the “Bird Flu.” 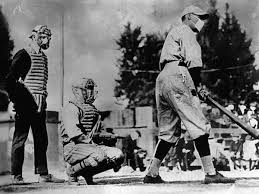 It was called the Spanish Flu because the first human case was identified there. Understandably there was panic worldwide, as influenza was not discovered until 1933, so the mystery was rather frightening.

“Indeed, symptoms in 1918 were so unusual that initially influenza was misdiagnosed as dengue, cholera, or typhoid. One observer wrote, “One of the most striking of the complications was hemorrhage from mucous membranes, especially from the nose, stomach, and intestine. Bleeding from the ears and petechial hemorrhages in the skin also occurred. …Another unusual feature of this pandemic was that it mostly killed young adults, with 99% of pandemic influenza deaths occurring in people under 65 and more-than-half in young adults 20 to 40 years old. This is unusual since influenza is normally most deadly to the very young (under age 2) and the very old (over age 70). ”

At a 1944 Nazi bacteriological warfare conference in Berlin, General Walter Schreiber, Chief of the Medical Corps of the German Army told Mueller that he had spent two months in the US in 1927 conferring with his counterparts. They told him that the “so-called double blow virus” (i.e. Spanish Flu) was developed and used during the 1914 war. 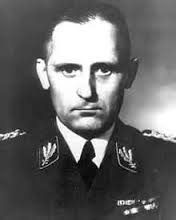 “But,” according to Mueller, left, “it got out of control and instead of killing the Germans who had surrendered by then, it turned back on you, and nearly everybody else.” (“Gestapo Chief: The 1948 CIA Interrogation of Heinrich Mueller” Vol. 2 by Gregory Douglas, p. 106)

Mueller: “I am not a doctor, you understand, but the ‘double-blow’ referred to a virus, or actually a pair of them that worked like a prize fighter. The first blow attacked the immune system and made the victim susceptible, fatally so, to the second blow which was a form of pneumonia…[Schreiber told me] a British scientist actually developed it…Now you see why such things are insanity. These things can alter themselves and what starts out as a limited thing can change into something really terrible.”

The subject of the Spanish Flu arose in the context of a discussion of typhus. The Nazis deliberately introduced typhus into Russian POW camps and, along with starvation, killed about three million men. The typhus spread to Auschwitz and other concentration camps with Russian and Polish POWS.

In the context of the Cold War, Mueller says: “If Stalin invades Europe…a little disease here and there would wipe out Stalin’s hoards and leave everything intact. Besides, a small bottle of germs is so much cheaper than an atom bomb, isn’t it? Why you could hold more soldiers in your hand than Stalin could possibly command and you don’t have to feed them, clothes them or supply them with munitions. On the other hand, the threat of war…does wonders… for the economy.” (108)

Is Mueller credible? In my opinion he is. Gregory Douglas apparently is a pseudonym for his nephew with whom he left his papers. Normally a hoax would not run to thousands of pages. The Interrogation is 800 pages. The  Memoirs are 250 pages. The microfilmed Archive apparently covers 850,000 pages. Finally, the material I have read is incredibly well informed, consistent and full of plausible revelations . 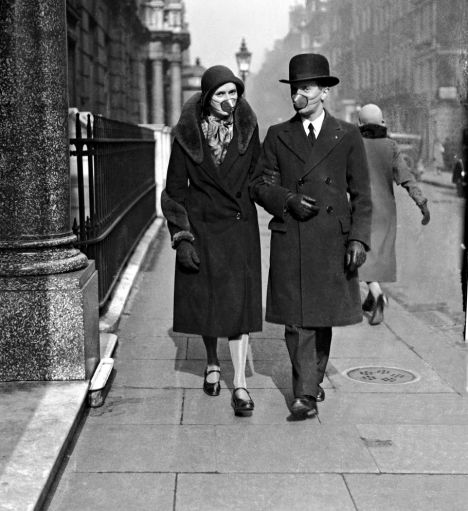 The Illuminati have made no secret of its desire to decrease the world population. (See Alan Stang,  Population Extermination: How Will it be Done? )

It’s possible that World War One was a disappointment in terms of the numbers killed. Whether the “Spanish Flu” was deliberate or not, we cannot say. But apparently the US Army has a record of experimenting with drugs/chemicals/bacteria on unwary soldiers. Did such an experiment get “out of control” at Fort Riley? Or was that its purpose in the first place?

See also “The Influenza Pandemic of 1918”

Actually 90,000 and that Each Infected Person In Turn Infects 14.