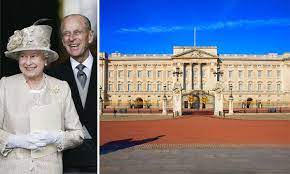 Has our society has now changed so drastically, it can never go back to where it was before our lives were disrupted by government propaganda?

The country has stopped because of the death of a 99 year old man, but the BBC is being inundated with complaints because of the multi-channel blanket coverage of this event.

This example of media grief-mongering, and the public response, shows how far society has moved on since the death of Princess Diana.

The media will have had all of this ready to be broadcast the moment the news of the death was announced.

Unfortunately for the BBC, they imagined the public grief to this news would be similar to Diana or even the Queen Mother.

Of course, it’s not just the BBC which has completely misjudged the public mood. Sky and ITV are almost as bad. They seem to be under the impression that The Duke of Edinburgh was as popular as the late Diana.

In our present situation, the public, which has seen people die due to the government lies, backed up to the hilt by the media, isn’t in the mood for their lies, of which television has played a huge part, being further disrupted by the death of a man of 99 years.

It’s not as if it wasn’t expected.

Anyone who gets to that age, is obviously very likely to drop off their perch at any moment. For the media to act as if they are shocked at this happening, is completely ridiculous.

Every death is a tragedy for someone, and scant attention has been given to that tragedy being made much worse by the government’s cruel and contemptible rules regarding funeral arrangements.

No proper church or crematorium services for families and friends to say good and pay their last respects. All of which were based on lies and vicious propaganda. Now the public see the media blacking out normal programming for one single high profile death.

Obviously many people feel some kind of special attachment to the Royal family, and that is to be expected, but there has been a shift in the way a lot of people see them.

My generation is probably going to be the last one where a majority of people feel this attachment.

The Royal family has lost their lustre and almost mystical attraction to the younger generations, and it will never be the same again.

These changes aren’t only happening to the public perception of the Royal family. British society as a whole has been changed forever by the past year. All ordinary life has been turned on its head and will never again be lived in the same way.

Simple things like going to the pub for a couple of drinks after work, or walking into a café or restaurant for lunch or dinner is going to become well nigh impossible due to the insane new rules.

Having a day out with friends in town will become so much harder, most people just won’t want to put up with the sheer amount bureaucracy and bullshit it will take to even go into a shop.

Even if the current direction of travel can be arrested and we reclaim our liberties, some parts of society will not go back to where it was.

People’s living habits have changed and it’s doubtful that they will be capable of reversing these changes.

Before March 2020, a weekend would see thousands of people travel all over the UK to watch football matches, rugby matches and dozens of other sporting events. This was stopped abruptly by lying government, and the habits of the the UK public were altered without any opposition whatsoever.

Weirdly, many people are still so affected by the government propaganda, they wouldn’t even go back to where they were before, even if they were told there was no danger at all.

We, who are still able to think, can see what is happening and why, but without the majority suddenly waking up, we are really struggling to stop the globalist juggernaut.

The way things are going with vaxxes and the threat of vaxxports, there is the possibility of a two tier society, with the thinkers being refused access to many services. This has to be fought with all the mental strength we possess.

We cannot allow the ourselves to be vaxxed into drooling zombies, or we will be mistaken for politicians.

l believe we will see the worst of this insane situation ended, but society will never be what it was before.

We will have to take back control and embrace the changes which will enhance our futures and kick out the dictatorship which only wants us as slaves.

Our future will be bright.

Michael J Blair contributes political analysis to DDA, and he can be reached at: michaelblair43@googlemail.com. His Twitter handle is: @mmjblair