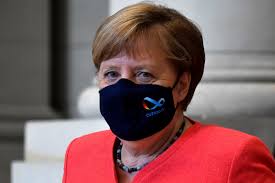 A brave female German local politican says vaxx’s only aim is depopulation, the total dictature is ahead and the same property confiscation plans are in place, as described last autumn by the Trudeau party whistleblower in Canada, and ppl need to stand up or lose everything.

Here is a snippet:

“And I’ll tell you now very clearly: It has never been about Corona. It’s just about a single goal: To implement the plan, Corona was just a pretext the whole time. And I have to say that very clearly here. I’ve seen everything in black and white myself. I know what I’m talking about.
Everything should be nationalized. We should all become dependent on the state.
The point here is clearly to minimize and reduce the world’s population. The whole thing was already planned in 2019, where Merkel met at the Bilderberger meeting. There are many country leaders involved. Merkel belongs to a certain kind of elite who want to implement the “Great Reset” plan – you have probably already heard about it. Everything should be nationalized. We should all become dependent on the state. Our property is being taken. The Greens have already programmed that into their election manifesto. You can read all that I am telling you now.
They want to take everything from us if we survive the vaccination
Just think about the rapid pace at which the whole thing has been whipped through since last year. Think about it and look at all the statements: “No, there will be no compulsory vaccination.” Now it’s an obligation: You are no longer allowed to do this without a vaccination. You are no longer allowed to shop. You are no longer allowed to go shopping without a vaccination certificate. All of this has been planned for a long time. This is the first.
After the corona lockdown, they will introduce the climate lockdown.”

Sorry the original soundfile below is in German but this other link has the full transcription thus can be autotranslated.