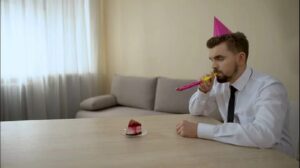 Years ago, I was sitting in a café with my rabble-rousing friend James, both of us gnawing our teeth over the myriad difficulties facing the peace and social justice movement in the United States. We cited the usual suspects that stood in the way of progress: the entrenched corporate and financial elite; the embedded Pentagon machine; too much TV.

“But you know what our biggest problem is?” James said, growing animated. “It’s our low expectations! Think about it, man. Folks in this country will always fight back when pushed hard enough, yet we always seem to settle for crumbs, grateful to achieve anything. And that’s because we’ve accepted that we can’t win much anymore. I mean, yeah, we want a better world, can imagine one, but we don’t expect it, not really.”

James went on to say that our expectations are triply low when it comes to the political and electoral arena, where choosing between lesser evils seems the best we can do, the most we can hope for.

“We accept that they’re all a bunch of crooks and lairs and even murderers,” he said. “But for the most part, we don’t settle for that ‘quality’ about our teachers and doctors—or even our car mechanics!”

James had a point, and his words ring truer to me now than when he uttered them a decade ago. This lowering of the bar has gone on for so long that having a president who can speak in complete sentences is considered a lofty achievement. If the sentences are about the righteousness of war and empire, well, who cares if they’re slurred or bellowed as long as they can work a crowd?

It seems increasingly the case now that we live under an epidemic of low expectations; a resignation to despair that has narrowed our struggle and sapped our vision of what is possible. The system we live under so broken, that even good, intelligent people, generous of heart and spirit, are losing the capacity to imagine genuine alternatives to a US Empire mired in endless wars and escalating repression. It’s to the point where even common sense issues devolve into a bewildering and complex morass.

What, for instance, could be easier to figure out than nationalized healthcare for all, which exists in one form or another virtually everywhere?

Yet a lot of progressives have been trained to lower their expectations to think this is simply too complicated to do, resulting in a continuous loop of being “realistic and “practical” because, hey, what can we do?

Of course, expectations are part of the human condition. Some we’re consciously aware of. Many others, we are not. Often they produce stress. Expectations that are too high can lead a sense of failure, to feeling frustrated, angry, and demoralized. Conversely, when our expectations about ourselves, life, and others are too low, we experience depression, defeatism, and diminished self-esteem.

I’m infected with this epidemic also. A steady, and at times debilitating belief that the best we can do is keep up the good fight, lumber forward and play the crummy cards we’ve been dealt.

On the hand, there are days when, against all odds, I’m able to resurrect at least a modicum of revolutionary optimism, a belief based not on abstract hope but in the power of collective action; in the knowledge that a people’s movement has won before and can do so again, even when victory seems impossible, distant at best.

An Epidemic of Low Expectations